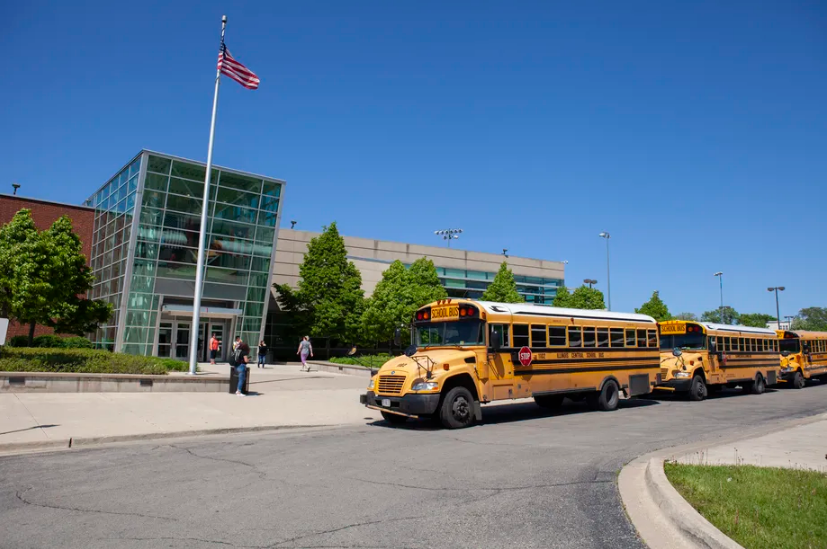 By Mila Koumpilova .Chalkbeat on January 4, 2022

Chicago Public Schools shelled out millions in federal pandemic relief dollars for good-faith payments to busing vendors during school closures — even as some laid off employees and received paycheck protection loans from the federal government.

Despite the district’s payments, which came to total more than $53 million, bus companies struggled to ramp up operations this past fall, stranding thousands of students without transportation.

The findings of misused good-faith payments come from the district’s Office of Inspector General annual report, which provides an overview of investigations conducted in the 2020-21 fiscal year. The report trains a special spotlight on the $2.8 billion in federal COVID relief dollars the district has received, highlighting the need for close monitoring and transparency in how the money is spent. The inspector general office said it will track that spending closely and remain on the lookout for any instances of misuse or fraud.

“For its part, the OIG will continue to investigate evidence of potential waste and abuse in pandemic relief aid spending, as well as advocate for increased transparency and effective internal controls,” the report said.

The district is not tracking expenses in real time or breaking down expenses by campus, the report noted, echoing reporting last month by Chalkbeat Chicago. Officials have said they would have a fuller accounting of spending at the end of the year.

The bus company investigation is of particular interest given the challenges the district and its busing vendors have faced in standing the transportation program back up amid national school bus driver shortages this fall as schools reopened for full-time in-person learning. Staffing hurdles left thousands of students without rides to school — issues that have persisted months into the school year and forced the district to forge emergency agreements with alternative providers, such as taxi companies.

The inspector general’s office, led by William Fletcher, reviewed $28.5 million in “good-faith” payments to 14 district busing vendors from the spring of 2020. With the blessing of the state, the goal of the payments was to ensure that bus companies would continue to pay their drivers and bus aides so they would be “mission-ready” when school buildings reopened. The state urged districts to clearly spell out expectations for keeping staff on the payroll, but Chicago Public Schools did not put these conditions in writing or make any effort to verify that vendors were using the money as intended.

“We assumed the businesses would do right by their people if the district did right by the companies,” the report quotes one district official as saying.

In fact, 10 of the 14 bus vendors receiving payments laid off more than 600 bus drivers and bus aides that spring. Some of them had already laid off their workers when they first started receiving these payments, but district officials never checked if employees were still on the payroll before they started subsidizing them.

Nine district vendors — including eight that laid off workers — also received a total of $13 million in federal Paycheck Protection Program loans, forgivable if a portion of the money went to payroll expenses.

The report notes that the laid-off workers were eligible for enhanced COVID unemployment benefits, resulting in “triple-dipping” into taxpayer dollars all intended to cover the same bus worker wages.

One vendor pocketed “good-faith” payments from the district, obtained a federal PPP loan, and laid off all its drivers and bus aides within a week of school closures, spending only 0.5% of normal payroll costs that spring.

The inspector general’s office alerted the district to the issue in the fall of 2020, and the district conducted its own audit. It eventually signed a written agreement with bus vendors to repay about $3 million. The district also amended its contracts with companies to require them to retain their employees.

Some vendors told the inspector general’s office that once their employees started receiving unemployment checks including an extra $600 a week in COVID relief, they struggled to get these workers to return to work.

In all, the district has reported almost $65 million in “good-faith” payments during the pandemic, with the bulk going to bus vendors.

Other investigations that the report highlighted include:

The office’s special unit investigating sexual misconduct struggled to keep up with the volume of cases, the report suggests.

Through November, the unit, which was launched after a 2019 Chicago Tribune investigation into the mishandling of sexual misconduct complaints, had closed 756 investigations, substantiating misconduct by employees in 63 cases. Notably, the OIG investigated multiple instances of sexual abuse and other misconduct at Marine Leadership Academy though these findings were published in a separate report late last year.

Another 175 investigations showed that staff violated other policies, such as ones governing communications with students and district-sanctioned travel.