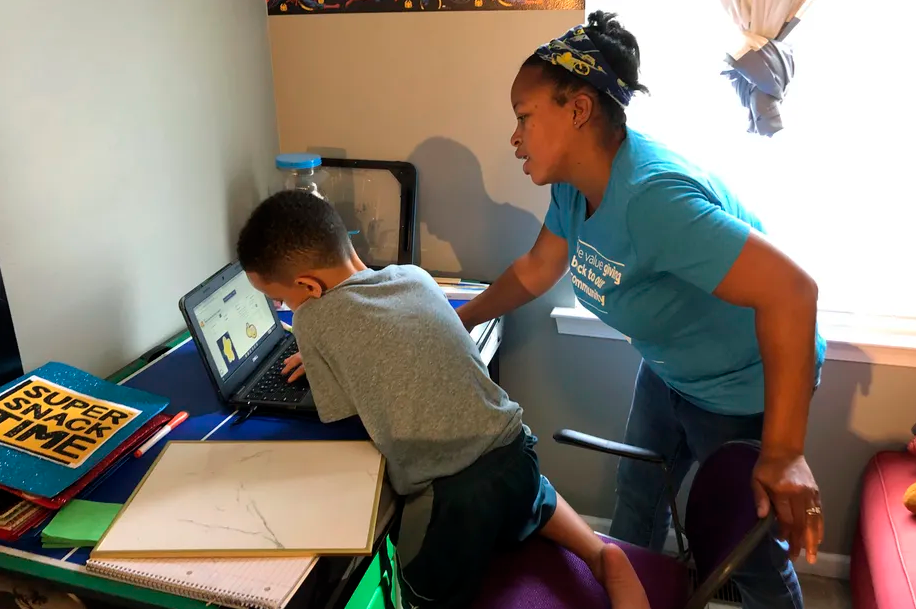 The Chicago Teachers Union is now calling for remote learning starting Wednesday, a return to in-person classes the following week, an opt-out testing program that would randomly test students and staff, and a metric for flipping the entire district to remote learning in its latest proposal to the district.

The union released its offer publicly Saturday in a bid to put pressure on Mayor Lori Lightfoot and district leaders after three days of no classes in the city. But a metric for districtwide remote learning and a testing program that would require families to explicitly opt out are both conditions that Lightfoot has said she cannot accept.

Indeed, the mayor and district CEO Pedro Martinez promptly released a statement suggesting the latest proposal does not cut it.

“Students need to be back in person as soon as possible,” the statement said. “That’s what parents want. That’s what the science supports. We will not relent.”

Union members voted Tuesday to stop reporting to work in person until the district reaches an agreement with the CTU or the omicron surge subsides.

The union is backing off a demand that all students get tested before returning to school buildings, acknowledging the inherent logistical challenges. But it wants employees to get tested next week — and it’s calling for randomly testing 10% of all students and staff weekly after that, what union president Jesse Sharkey described as “a significant compromise” on testing.

The latest proposal preserves a demand that the district as a whole transition to remote learning if conditions laid out in a spring 2021 agreement with the district are met; those include steep increases in the positivity rate over the course of a week and a rate of more than 10% at the end of that week. (Chicago’s positivity rate was 21% on Friday, but Sharkey said it is unlikely the city would see the continued steep growth required to shutter school buildings in the coming weeks.)

The proposal also includes staff and student absence metrics that could trigger a campus closure and transition to remote learning.

“This impasse is hurting students,” Sharkey said at a press conference Saturday afternoon with the Rev. Jesse Jackson. “We are suggesting a way out of the impasse, and we hope (the mayor) takes it up on it.”

Sharkey criticized plans to reopen school buildings for enrichment activities next week, which he described as providing glorified “babysitting.”

Union leaders said under their proposal, members would return next week to hand out computers for remote learning and help get students signed up for testing and vaccinations. Union members would also join new contact tracing teams at each school to address delays in notifying staff and families about positive cases.

Jackson said he aims to help broker an agreement, saying Lightfoot’s stance that in-person learning must be prioritized is “solid,” but teachers’ demands for safer learning conditions are important as well.

Teachers at some schools began releasing letters directly to families over the weekend.

At Lane Tech, the city’s largest high school, teachers reiterated the union’s proposal in a letter: “We realize the actions of CPS have greatly disrupted learning this week and we assure you that all of our efforts right now are aimed at continuing teaching and learning together in a safe manner.”