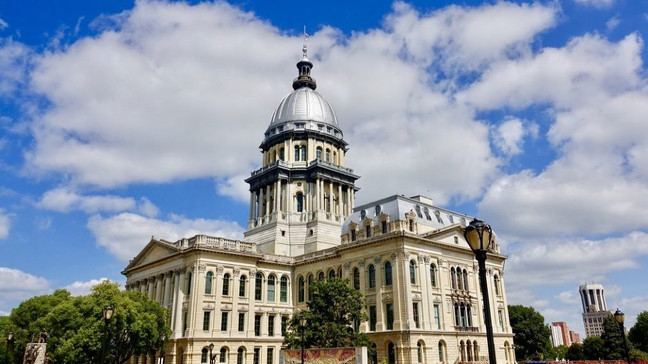 Illinois legislators approved a budget plan over the weekend that includes more funding for K-12 public schools, a modest increase for early childhood education, and tax relief for families.

The spring legislative session was expected to end at midnight Friday, but lawmakers blew past the deadline to vote on a $46 billion budget proposal early Saturday morning. With the state starting to rebound from the economic fallout of the coronavirus pandemic, the 2023 fiscal year budget includes $350 million toward the evidence-based funding formula for K-12 public schools and $1.8 billion in tax relief for working families hit hardest by rising costs of food, utilities, and gasoline.

Gov. J.B Pritzker praised the passage of the budget and the tax relief bill at a press conference on Saturday morning, saying, “We’ve achieved our state’s strongest fiscal position in generations, and we prioritized the education, public safety, health, and welfare of the residents of Illinois.”

The general assembly voted to increase the state’s K-12 education budget to $9.7 billion. The budget plan includes $350 million toward the evidence-based formula that will disperse funding through a tier system and property tax relief grants to the state’s K-12 school districts. For early education, the legislature’s plan increased the state board of education’s Early Childhood block grant to $598.1 million, a 10% increase from last year.

The state department of human services’ Early Intervention program— which supports children with disabilities from birth to 3 years old — had funding restored after a $7 million cut last year. The Child Care Assistance Program, which subsidizes the cost of child care for low-income working families, did not receive an increase this year.

The Monetary Award Program, otherwise known as MAP, provides scholarships to students who demonstrate financial need. The fund has grown to $601 million in the latest budget plan and would give an additional 24,000 students funding for tuition and fees as they pursue an undergraduate degree. The maximum award for students increased from $6,438 last year to $8,508 this year.

In addition to the money going to education, the proposal includes tax breaks and direct checks for families. Individuals earning less than $200,000 or families making less than than $400,000 can receive a one-time payment of $50 per adult and $100 per child, up to three children. The package also includes a “Back to School” tax relief for families and teachers for school supplies and clothing items.

The Illinois Federation of Teachers, one of the state’s largest teachers unions, praised the passing of the budget on Saturday because of the increased funding for K-12 schools.

Pacione-Zayas, along with early education advocates, pushed for a 10% increase across the board for early childhood education funding. In the plan approved by the legislature, only the Early Childhood block grant got a 10% boost. But Pacione-Zayas said she was happy to see funds restored to Early Intervention.

The general assembly’s budget plan is in line with what Pritzker proposed during his budget address in February. In a press conference last week announcing the budget deal with Senate President Don Harmon and House Speaker Chris Welch, Pritzker said that he would sign the budget into law because it is a “responsible, balanced budget” that puts working families first.

This article was originally posted on Illinois lawmakers pass budget with more money for schools, tax relief for families