Please ensure Javascript is enabled for purposes of website accessibility Illinois legislature poised to be next arena for school mask, vaccine mandate debate - THE CHICAGO HERALD Press "Enter" to skip to content 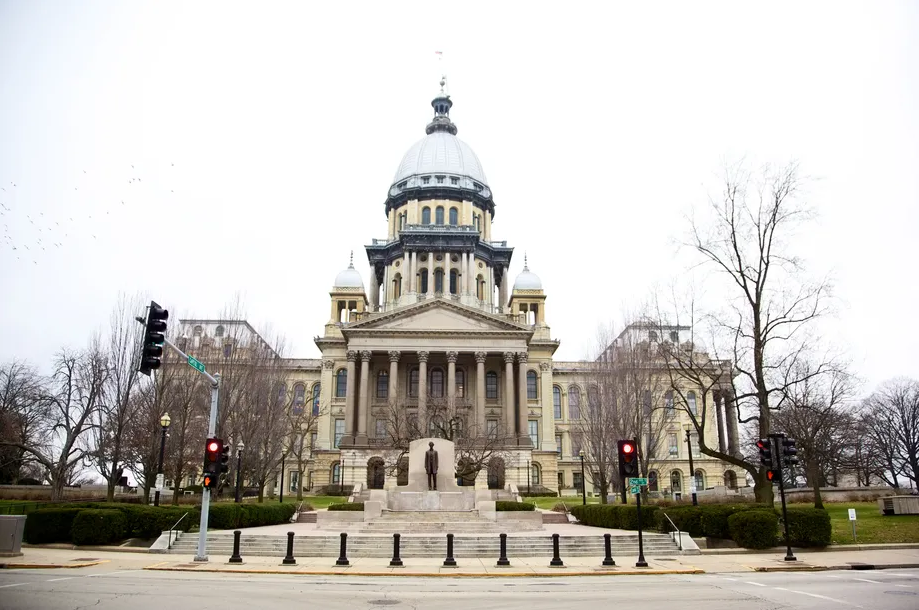 Illinois legislature poised to be next arena for school mask, vaccine mandate debate

By Samantha Smylie .Chalkbeat on February 17, 2022

Illinois’ General Assembly is poised to be the next battleground in the fight over COVID-19 public health requirements in schools. Republican lawmakers have filed several bills about masking and vaccine mandates in schools that would limit decision-making by Gov. J.B. Pritzker, the state board of education, and the Illinois Department of Public Health.

HB 4575, sponsored by Rep. Deanne Mazzochi, would block the state board of education from revoking or removing a school district’s recognition, a tool the state board used at the beginning of the year to pressure  districts into implementing the state’s mask mandate. Removing state recognition pulls state funding from schools and blocks students from participating in events sponsored by state athletic associations.

Several House Republican legislators have also signed onto the COVID-19 Religious Exemption Act, HB 4239, also sponsored by Niemerg, which would expand the definition of “religious exemption” and offer more loopholes for those who do not want to receive a COVID-19 vaccine.

It is unclear how far some of these bills will go in the legislature — some are still waiting to be assigned to committee. But the efforts have garnered considerable attention, with thousands of witness slips, and echo debates in school districts across the state and country, where COVID mitigations in schools are seeing pushback from parents and Republican lawmakers.

The issue could also surface later this year as a talking point in the Illinois gubernatorial race, as it has in other states such as Virginia. In Illinois, challenges to COVID mandates include a court case that has halted the governor’s executive orders on masking in more than 170 districts.

People who oppose public health requirements use words such as “freedoms,” “individual rights,” and “choice,” something that concerns Edwin Yohnka, director of communications and public policy at the ACLU of Illinois.

“It isn’t a civil liberties violation in requiring proof of vaccination or a mask in certain settings,” said Yohnka. “We shouldn’t get caught up in the use of that language to oppose those things on a basis that have nothing to do with civil liberties.”

Yohnka said the ACLU of Illinois will stay vigilant on these bills to see where they go.

The Joint Committee on Administrative Rules — a bipartisan legislative committee — voted 9-0 on Tuesday to strike down the state health department’s emergency COVID-19 mitigations for schools. The vote temporarily puts a pause on emergency rules.

Pritzker responded to the committee’s ruling at a press conference Wednesday morning, saying that his executive order is still in place for schools.

“The JCAR members preferred a different procedural route to suspend the rule while waiting for an appellate ruling,” said Pritzker. “I think we share the common view that we need to get a ruling.”

The committee’s vote is a part of a series of attacks against the state’s coronavirus mandates for schools. Earlier this month, a judge in central Illinois granted a temporary restraining order that effectively blocked state-ordered COVID mandates in schools. That came in response to a lawsuit filed by parents and over 170 school districts. The restraining order sent many school districts scrambling to decide whether to maintain mask mandates or make them optional.

Dan Montgomery, president of the Illinois Federation of Teachers, said that since the court ruling there has been chaos at school districts. Educators who work in school districts that have made masks optional aren’t sure about what to do or whether to enter buildings where people are unmasked.

“We have reiterated that the judge’s order only applied to a handful of districts that were plaintiffs in this case,” said Montgomery. “Many places that have gone mask-optional weren’t covered by this order. So they’re still under a lawful mandate.”

The union is calling members to ensure that they know the ruling upholds any agreements between teachers unions and local districts, Montgomery said.

Chicago Public Schools said the ruling does not prohibit the district from “exercising its authority to continue its COVID-19 mitigation policies and procedures, including universal masking by students and staff and vaccination and testing requirements for staff members.” Protocols such as masking are part of a safety agreement reached between the district and the union after a January standoff.

Barrington District 220, one of the school districts named in the lawsuit, said it would make masking and quarantine optional for students after the judge’s decision.

Marsha McClary, whose four children attend Barrington schools, said she approves of the district’s decision because it should be a decision made by students and families.

For McClary, the state mandates for masks, quarantine, and testing had sidelined all local plans. She said some parents in the district felt they didn’t have any decision-making authority.

“To be fair, the vast majority of people that I know here just want to have a choice. They’re not against people masking,” said McClary. “If somebody feels more comfortable staying home and needs to do e-learning for a week or two because they got exposed to COVID, everyone’s fine with that. It’s about making the choice.”

This article was originally posted on Illinois legislature poised to be next arena for school mask, vaccine mandate debate