Please ensure Javascript is enabled for purposes of website accessibility Illinois will no longer require masks in child care centers, but sites can set own rules - THE CHICAGO HERALD Press "Enter" to skip to content

Home » Illinois will no longer require masks in child care centers, but sites can set own rules 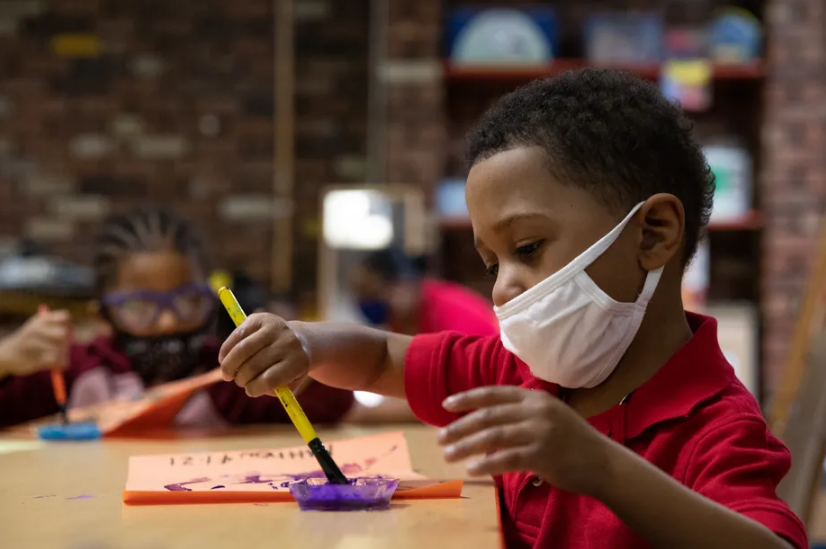 Illinois will no longer require masks in child care centers, but sites can set own rules

Day cares and child care centers no longer must require masks for children age 2 and over, the governor’s office confirmed Tuesday, following the state’s adoption of new guidance from the Centers for Disease Control and Prevention.

Some large providers in Chicago said Tuesday they planned to continue with masking rules for students, educators, and visitors until more information is available.

Julio Paz, the chief development officer of Chicago Commons, said the nonprofit organization would continue to require masks at its multiple sites across the city for now. “If we adjust our policies in the future, we will take into consideration guidance from the state/health departments, input from our families and employees, and data on the local COVID-19 context,” he said.

The shift in Illinois follows new CDC guidance that says masks can come off in schools as long as community case rates are not too high.

Specifically, the CDC said mask mandates aren’t necessary if COVID cases and hospitalizations are low or moderate, and hospitals aren’t overburdened in a community. Across the country, about 70% of Americans live in areas considered “low” or “moderate;” in Illinois, about two dozen counties, mostly concentrated on the western border with Iowa and downstate, are still considered “high” per the CDC’s community level rubric that factors in new cases and hospital bed availability.

When COVID cases and hospitalizations are high, schools should still require masks, the CDC recommended in its latest round of guidance issued Friday.

Masking school children, particularly young children who are developing language skills, has been a fraught issue throughout the country, including in Illinois. There’s scant research that comes down firmly on the pros and cons of masking children.

Illinois had been locked in a legal battle throughout February about emergency mandates involving masks, vaccinations, and testing protocols in K-12 schools. After parents and educators representing more than 170 school districts filed suit against Gov. J.B. Pritzker over emergency orders, a circuit court judge issued a temporary restraining order blocking such mandates — a move later upheld by the state’s appellate and supreme courts.

Legal battles, parent opposition, and declining case rates have quickly brought an end to emergency masking orders in many Illinois K-12 school districts. Without an order to continue masking, many have implemented mask-optional policies.

The battles have created confusion in classrooms and in school district board rooms, but early education centers have largely flown under the radar in the debate. Some early educators have argued that mask requirements hamper communication with young students and make it harder to teach them letters and sounds, while others contend that children should continue to wear masks until they qualify for vaccinations. (Currently, federal authorization for vaccinations for children only applies to those aged 5 and older.)

The state’s largest school district, Chicago Public Schools, continues to require students and adults to wear masks on campuses and in offices. According to the district’s safety agreement with its teachers’ union, students should continue to wear masks through the end of the school year. District CEO Pedro Martinez said last week he is reviewing the latest requirements in conjunction with labor and public health officials.

This article was originally posted on Illinois will no longer require masks in child care centers, but sites can set own rules