Please ensure Javascript is enabled for purposes of website accessibility Indiana schools were staying open. ‘Then omicron came along.’ - THE CHICAGO HERALD Press "Enter" to skip to content

Home » Indiana schools were staying open. ‘Then omicron came along.’ 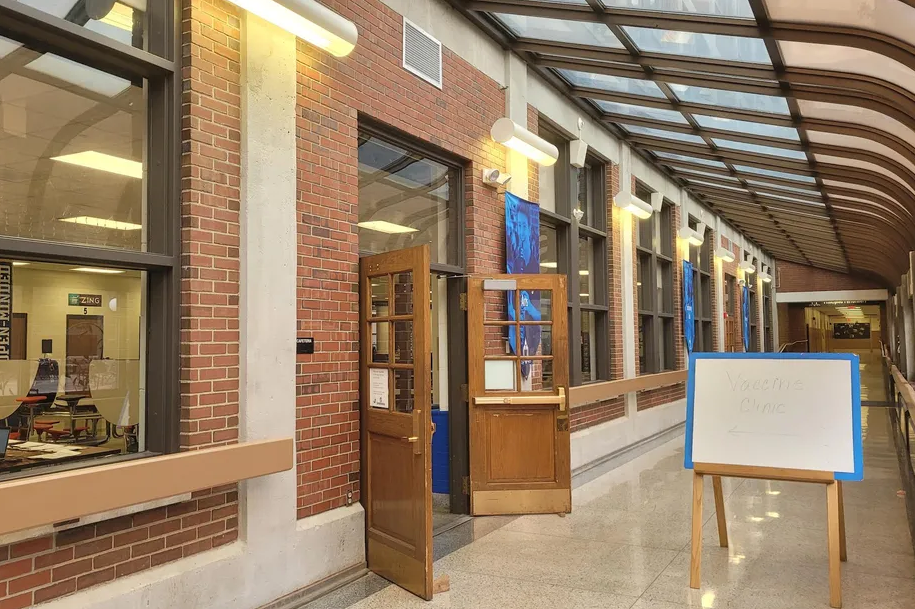 Indiana schools were staying open. ‘Then omicron came along.’

By Aleksandra Appleton .Chalkbeat on January 24, 2022

Indiana schools are trying to stay open as COVID surges, but record-high cases among students and employees have forced some to close their doors.

“This one snuck up on us. We had shifted our mindset already,” said Wayne schools Superintendent Jeff Butts. “We were thinking maybe after Christmas break we won’t have to wear masks anymore. Then omicron came along and ravaged everybody.”

The state, whose 7-day positivity rate hit 30%, reported 15,485 cases among students last week, 1,137 for teachers, and 1,471 for other staff  — all shattering previous records and leading several districts to implement at least some remote learning.

Among them was Wayne, which reported 300 positive cases and over 1,000 quarantines districtwide last week, prompting a pivot to remote learning for two days for Ben Davis High School.

The school had been merging up to five classes in gyms but by last week didn’t have enough adults to safely supervise students, Butts said. Going to remote learning bought time for people to quarantine and return to campus, he said.

The strategies that have kept schools open in the past, like masking and social distancing, haven’t been enough to fend off the highly transmissible omicron variant, said John Christenson, the associate medical director of infection prevention at Riley Children’s Health.

Another powerful tool to fight the virus, vaccinations, lags among Indiana children.

This leaves schools with difficult choices to keep students and employees safe, including closures that can reduce cases, but set back learning.

Butts said masks have been the second most effective mitigation measure at the district, behind last year’s hybrid learning that allowed students to better spread out.

But hybrid learning was worse for education, he said.

He doesn’t expect more virtual learning, but said the district would err on the side of safety.

“If the growth continues, I don’t know that anybody is going to have a choice,” he said.

Vaccinations and other measures in schools

Christenson said pediatricians believe that schools should stay open, given the effects of closures on students’ academics and mental health. But doing so is only possible through a combination of safety strategies, including masking and vaccination, which frequently come under political fire, he said.

Only around 14% of 5- to 11-year-olds in Indiana are fully vaccinated, compared with 62% of adults. Christenson attributes the gap to parents’ fears of side effects, or the misinformed belief that the virus doesn’t cause severe illness in children.

He said his hospital has admitted two to three times more children during this surge than a year ago. Many are in the ICU, and around half of those are on ventilators, including some who have spent more than a month on a ventilator, he said.

When the numbers are available, they represent only those who have reported their status to the district, or who have shared it during contact tracing.

Wayne schools boast an 87% vaccination rate among staff, according to Butts, but a rate for students was not immediately available.

At Indianapolis Public Schools, nearly three-quarters of staff have gotten vaccinated after the district offered a $300 incentive last year.

But only around 6% of students are vaccinated, according to the district, although this percentage might be higher, since the figure reflects only students who have reported their status or received a vaccination from one of the district’s clinics. The district moved some schools to remote learning last week.

The district hosts on-campus clinics in an effort to make the vaccine more accessible, according to health services Director Megan Carlson. The clinics reserve several hours during the school day for students, so parents can more easily make appointments for their children.

Carlson said the district also focuses its outreach efforts on 18-year-olds, encouraging them to sign up for appointments.

“We’ve seen a lot of 18-year-olds come down and get the vaccines for themselves, which is pretty awesome,” she said.

Carlson said the district has also considered offering an incentive such as a raffle for students to get vaccinated. But it wouldn’t consider mandating vaccination without guidance from the CDC.

A spokesman for Anderson schools, which offered cash incentives for students and staff to get vaccinated, said the district saw a positive response, but it wouldn’t provide the number of who got the shot.

Warren Township declined to share staff data outside the district “to alleviate staff being a target,” according to a statement.

The statement also said the district does not have access to student vaccine information, other than through questions asked during contact tracing.

Warren sent students in grades 5 through 12 home for remote learning during the week of Jan. 10, in an attempt to keep younger students in school.

But by this week, the number of staff members in isolation led the district to go fully remote for all grade levels, as well as to close the day care and preschool programs it had previously tried to keep open to avoid placing a hardship on families, according to spokesperson Dennis Jarrett.

Jarrett said the district uses a weekly assessment to determine its next steps, which includes a count of how many staff members are available, as well as health data from the Marion County Health Department and the CDC.

Overall, Jarrett said, the district was more prepared for this surge after weathering nearly two years of the pandemic. Food service is continuing, and students can also stop by for technology and help with remote learning, he said.

“We all wish it was over, but this is our reality,” Jarrett said. “We are mindful of that and trying to do everything we can do to make it easier on our families.”

More school closures are possible in the future If a significant portion of people remain unvaccinated, allowing the virus to evolve, Christenson of Riley Children’s Health said.

“We can end this pandemic quickly through those mitigation measures,” Christenson said. “But as long as we don’t do it, or do it piecemeal, that’s not going to happen.”

This article was originally posted on Indiana schools were staying open. ‘Then omicron came along.’