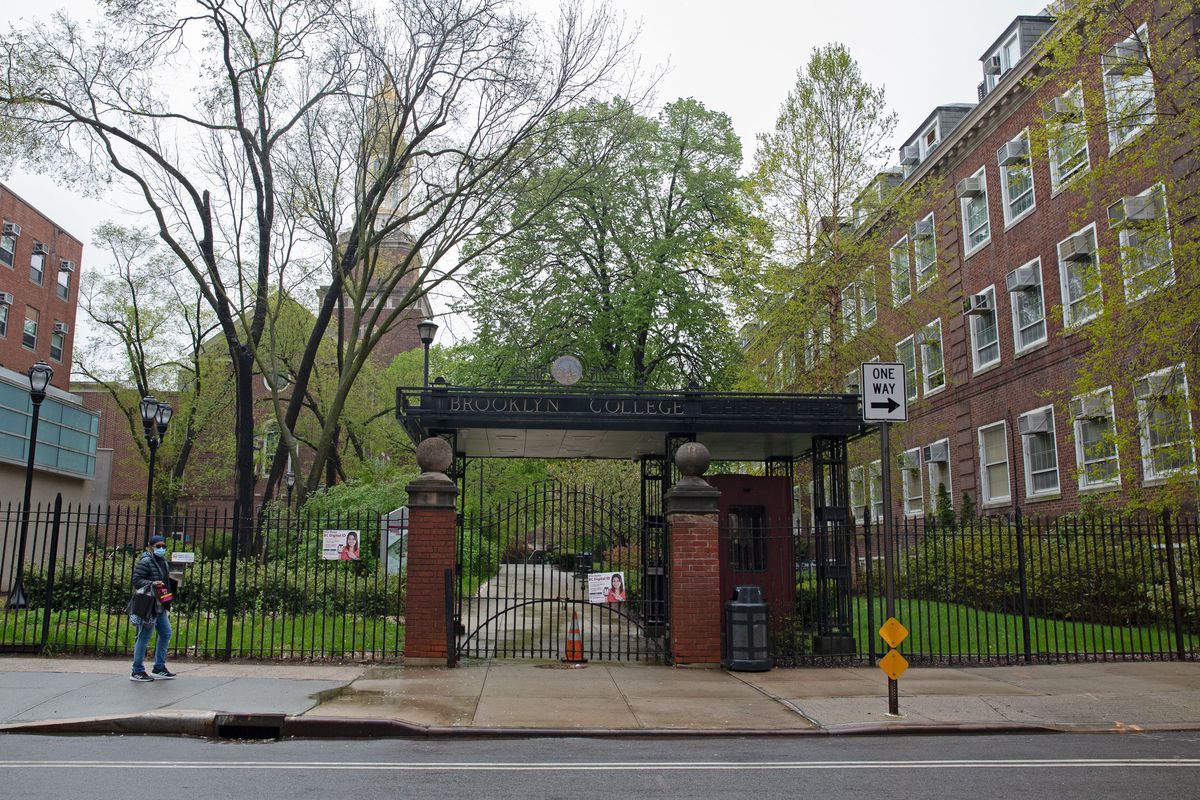 By GABRIEL SANDOVAL on September 2, 2020

CUNY campuses are considering shrinking fall course offerings by up to 25% — leading part-time faculty to fear for their jobs and spurring students to fight for classes they need to graduate.

“Our livelihood is in their hands right now,” says Faruk Seref, 33, who, along with his wife, teaches at a CUNY college while pursuing a PhD at the CUNY Graduate Center in Manhattan.

The couple, originally from Turkey, rely on teaching to maintain their student visas. “If they don’t think of us, we cannot just figure it out,” Seref added. “It’s not possible.”

“In anticipation of budget cuts from the city and state, academic departments are being asked to trim sections and classes that are under-filled,” said Richard Pietras, a spokesperson for the Brooklyn campus.

“While we have asked the chairs to turn in course schedules with a 25% reduction in sections by May 5, this is being used to assess budgetary and equity perspectives. No final decisions have been made.”

But “allowing college presidents to call for cuts now, before the university’s budget situation is clear, undermines the entire university,” she said in a video posted on the PSC’s website.

“It sends the message that cuts to CUNY are inevitable and acceptable. They are neither,” Bowen continued. “What the university should be doing at this moment is demanding new investment in CUNY.”

Bowen pointed to the creation of Brooklyn, Queens and Lehman colleges during the Great Depression.

“It is not impossible to do something imaginative, bold and important,” she said.

Frank Sobrino, a CUNY spokesperson , said the sprawling university system is anticipating major cuts in the state budget to help close an overall $13 billion gap, while the city already has telegraphed plans to slash $31.6 million.

Sobrino added that while CUNY is grateful for the federal CARES Act, which grants emergency aid for students, assistance for the colleges is “absent.”

“To date, badly needed additional federal support has not materialized,” Sobrino said. “CUNY joins in calling on the federal government to take prompt action to support New York and stave off potentially deep cuts to our academic programs, campuses and our students.”

Brooklyn College is receiving $17.6 million through the CARES Act — with a minimum of $8.8 million allowed for emergency student grants.

“How additional CARES Act funding can be used will be pending guidance from the U.S. Department of Education,” Pietras said.

Bowen insisted that the CARES funding — and any other federal aid for the city and state — should be taken into account before any cuts are considered.

She called on campus leaders to consider taking salary cuts, as Harvard, Stanford and USC administrators have announced, to offset any revenue losses.

Bowen said providing adequate offerings of classes at CUNY, whose student body of 275,000 includes many low-income people of color, “could be literally the difference between life and death for people in the communities we serve.”

“To allow cuts at CUNY without a fight is atrocious,” she told THE CITY. “It’s unacceptable, when CUNY represents such a lifeline for the future, and for survival, for exactly the people who have been hardest hit by this pandemic.”

For Mikey Elster, a Brooklyn College adjunct lecturer in the anthropology department, losing his job could mean losing his health insurance.

“I need to teach at least one class to maintain my health insurance,” said Elster, who’s also a PhD candidate in anthropology at the Graduate Center. “I have Crohn’s disease, and the only way I manage it is I get IV treatments of a medication every six weeks.”

“If none of those classes are available, then my options become pretty limited,” Elster added.

Yet, despite concerns over his own health and employment situation, Elster says he wishes above all that CUNY gets the investment it needs for the student body it serves.

“As bad as things would be for adjuncts and for faculty at CUNY if cuts were enacted, I think a lot of us are primarily concerned with how it would affect our students, and how it could affect, potentially, the lives of working people across New York,” he said.

One of those students is Enrique Peña, 22, of Corona. He’s a junior at Queens College, triple majoring in urban studies, political science and Latin American studies.

Peña said his family has struggled since the pandemic caused him and his father to lose their jobs — as a call center operator and restaurant dishwasher, respectively. They both caught coronavirus and were hospitalized last month.

They’re both back home now, but Peña worries that his family won’t have enough money for food and rent. Always on his mind, he added, is his father’s health.

“I wouldn’t know what to do if I lost him,” he said. “So, I want to be as careful as possible and make sure that he’s, like, totally safe before he can, if he can, go back to work.”

Peña said he wonders how he’s going to pay for classes next semester. “No student should have to choose between getting a meal or getting an education,” he said.

An even more immediate worry, he said, he won’t be able to graduate on time, if any one of three fall classes — an urban studies or one of two Spanish literature courses — gets eliminated.

“It just shouldn’t happen at CUNY, cutting classes and just letting go of those great professors,” he said.

The article was published at Looming CUNY Budget Cuts Have Faculty and Students Fearing for the Future.