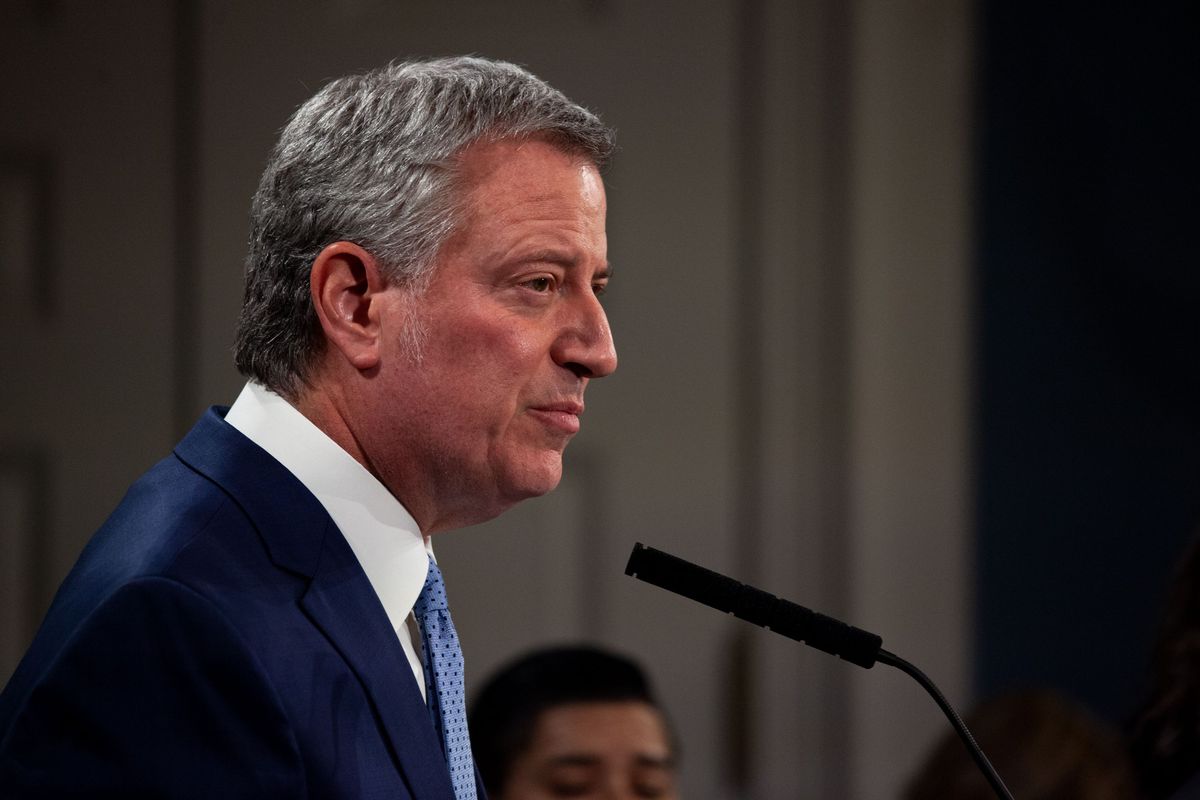 But as teachers, elected officials, and friends directed low-income families to those companies for help, some soon learned they couldn’t take advantage of the deals from Optimum and Spectrum because of previously unpaid bills.

After receiving an inquiry from Chalkbeat, Altice USA, the parent company for Optimum, said Thursday it will waive that rule and now allow customers with outstanding bills to take advantage of the offer. Spectrum has not yet followed suit, but Mayor Bill de Blasio said the practice was “unacceptable.”

“That really pisses me off, to tell you the truth that any provider in the middle of a crisis like this would deprive a child and their family of the chance for that child to continue their education,” De Blasio said during a Thursday press conference, when Chalkbeat raised the issue.

“I’m going to instruct my team to go back to the providers and be very clear about the fact that we find it unacceptable.”

De Blasio added that he would “happily” pursue legal or another type of move to force companies to waive bills until the pandemic subsides.

Bronx mom Brigitte Bermudez, whose daughter received a school-issued laptop, told Chalkbeat last week that Optimum refused to sign her up because of a $150 unpaid bill from a few years ago. The company notified the New York Public Services Commission, which regulates telecommunications, of the change, representatives told Chalkbeat Thursday.

Many could be affected by unpaid bills given that roughly 44% of New Yorkers in poverty lack broadband internet, according to 2017 data from New York City’s comptroller’s office.

Optimum provides service in the Bronx and Brooklyn, while Spectrum covers Manhattan, Staten Island, part of Brooklyn, and Queens.

To help her two children learn remotely from their Harlem apartment, Charlesetta Brown began calling Spectrum last week after learning of the company’s deal. Three days later, when she finally got through to someone, a company representative said she owed them $309 from 2014.

Brown, a single mother who provided childcare at her home, had a precarious economic situation before the coronavirus took hold, which is why she couldn’t afford home internet. Her finances are likely to get bleaker. She has not seen any clients in the past couple weeks.

A Spectrum representative told Brown she could start a payment plan, which Brown was willing to do, but the service would not start until the bill was cleared.

“I’m begging and pleading with her. I’m trying to get my child connected with school, and she still said I can’t do it,” Brown said. “I don’t know what’s gonna happen.”

Her 8-year-old son, who has attention deficit disorder, has been completing paper packets of work his school sent home last week.

While he receives extra support at school, she is not sure how he will continue receiving his mandated services without internet access since he may not be able to do tele-therapy. Her 15-year-old daughter has been using her own phone to access assignments, while Brown’s old model phone can’t access the programs that either of her children need, she said.

Spectrum’s 60-day offer is only for “households with students K-12 or college who do not already have a Spectrum broadband subscription,” said Justin M. Venech, a spokesperson for Charter Communications, Spectrum’s parent company, in an email. That includes accounts that have outstanding balances, he confirmed.

Third-grade teacher Ruben Brosbe, who teaches Brown’s 8-year-old son at Harlem’s P.S. 194, said at least one other student in his class also could not access Spectrum because of an unpaid bill.

Brosbe said he feels “stuck,” and has been trying to figure out an alternative for those students.

The education department has asked families without access to internet and technology to fill out this survey or call 718-935-5100 (press 5). Officials planned to deliver 300,000 internet-enabled iPads to the highest-need students, starting this week. Schools have delivered at least 175,000 laptops, tablets, and other devices to students, but thousands remain without the proper technology.

The education department did not respond to questions, including about what alternate internet options they are suggesting to families.

Brown said she called the education department Monday to inform them of her situation and was told someone would follow up with her. As of Wednesday afternoon, she had not heard back, and could not be reached Thursday.

Other companies may have affordable options. AT&T, for example, is offering $10 per month plans to low-income families.

Lilah Mejia, a mother in Manhattan’s District 1, told Chalkbeat that her children’s father has chosen that option, for when the children come to his apartment, worried that they might end up with bills after a 60-day deal from another provider expired.

Bermudez, the Bronx mom, has been relying on a neighbor’s WiFi this week to help her11-year-old daughter access assignments and videos that her teacher has posted online.

“If I didn’t have the neighbor’s WiFi, basically there would be nothing to do,” said Bermudez.

The other option, she said, would have been: “Take your computer, go in front of the library, and look silly.”

The article was published at Mayor Slams Cable Companies for Denying Some Students Free Internet.