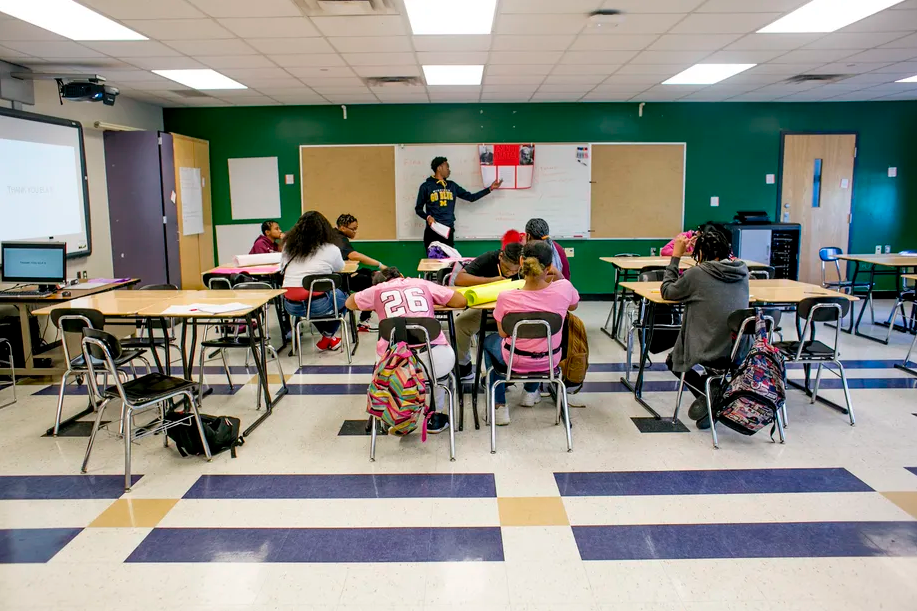 By Tracie Mauriello .Chalkbeat on September 2, 2021

Most Michigan residents say the state’s public schools are doing a good job, even during the pandemic. But more than a third say the quality of schools has worsened over the past few years, and two-thirds say schools need more money.

Those findings are part of a recent survey commissioned by Launch Michigan, a coalition of business, education, labor, philanthropy, and civic leaders working to improve education.

The Glengariff Group conducted the survey, querying 600 Michigan voters in July, just after the Legislature approved the biggest ever state investment in basic education funding and as the federal government was distributing some of Michigan’s $6.1 billion in federal COVID-relief funding.

Launch Michigan is among the education advocacy groups that have been pushing for changes to the state’s school funding system that prioritize spending on districts with the largest numbers of vulnerable students.

Those who disapproved cited poor quality of education (18.5%) or political or moral leanings the respondent disagrees with (13%), and poor teachers or teaching methods (11.1%).

Democrats were more likely than Republicans to give favorable opinions overall, and especially in answering questions about how schools responded to the pandemic.

Here are some of the other key findings:

The telephone survey was conducted July 10-15. It has a margin of error of plus or minus 4 percentage points at a 95 percent confidence level.