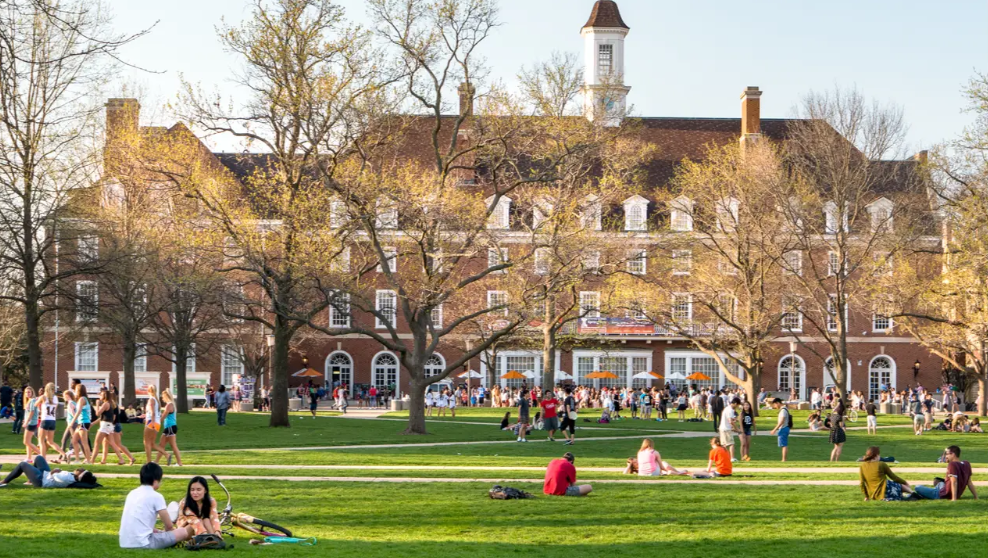 The promotion of diversity, equity, and inclusion, or DEI, on college campuses has become a big focus in academia, but a study says many of the programs are bloated and have a high taxpayer cost.

The Heritage Foundation found that colleges’ vast DEI bureaucracy has little to do with students’ satisfaction with their college.

The study showed the average university has 45.1 people tasked with promoting diversity, equity and inclusion, but some schools have many more.

Many DEI employees earn six-figure salaries for leading initiatives that the authors found to be ineffective and instead enforce a “political orthodoxy.”

Sean Garrick, vice chancellor for diversity, equity and inclusion at the U of I, earns nearly $330,000 a year, the study found.

“Whenever there is some incident on or off campus where students might agitate and make trouble, they try to buy off that trouble by creating more and larger DEI staff,” Greene said.

Taxpayers of Illinois aren’t sending their dollars to the U of I to provide patronage to campus radicals, he added.

“They are providing money to the University of Illinois to educate their kids, and not to indoctrinate their kids in radical ideology,” Greene said.

The authors of the report note that it is troubling that much of the programming that DEI personnel offer tends to lack diversity of viewpoints and may have the effect of dividing rather than including.

“The university’s access to the public treasury is dependent on the university sensibly using those resources,” Greene said.

The U of I received $628.5 million from state taxpayers in fiscal year 2021. The budget that begins July 1 sends the university nearly $650.2 million. All state universities combined get $1.15 billion from the budget that starts this summer.