Please ensure Javascript is enabled for purposes of website accessibility The suspect in Saturday’s synagogue standoff obtained a gun despite his troubled history. It’s not difficult in Texas. - THE CHICAGO HERALD Press "Enter" to skip to content

Home » The suspect in Saturday’s synagogue standoff obtained a gun despite his troubled history. It’s not difficult in Texas. 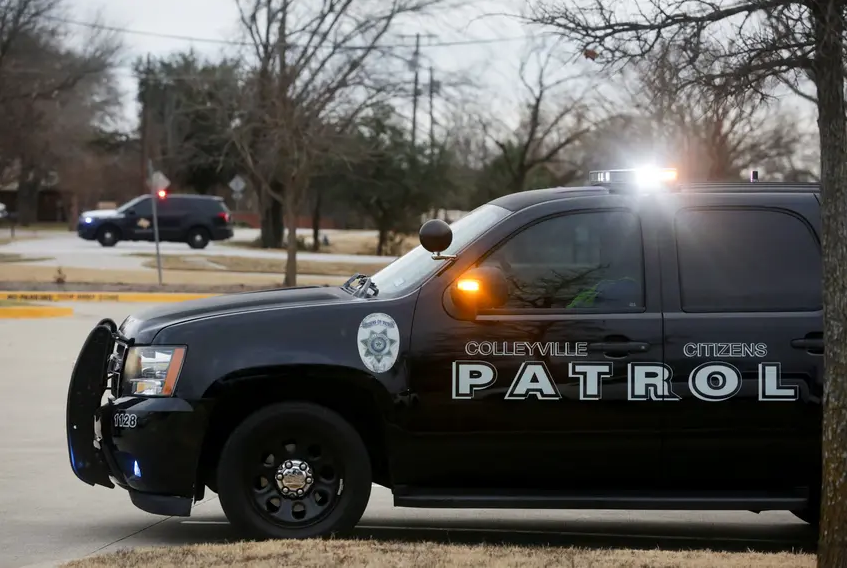 The suspect in Saturday’s synagogue standoff obtained a gun despite his troubled history. It’s not difficult in Texas.

Last weekend, a gunman held four hostages at a North Texas synagogue in a standoff that lasted more than 10 hours.

The situation at Congregation Beth Israel in Colleyville, northeast of Fort Worth, ended after all four hostages managed to escape unharmed. Authorities say FBI agents shot and killed the suspect, Malik Faisal Akram, and are now investigating the event as “terrorism-related.” Religious and civil rights groups are calling it an antisemitic act.

In the aftermath, Akram’s brother and others who knew the suspect — a British national who arrived in the U.S. just weeks before — told news outlets he had a history of mental health issues and a criminal record. His brother lamented that his sibling was able to get his hands on a weapon in the first place.

“He’s known to police. Got a criminal record. How was he allowed to get a visa and acquire a gun?” Gulbar Akram said in a statement, according to British TV news station Sky News.

While some of those details remain unknown, most Texans are aware it’s not difficult to obtain a firearm in the state — even for people who are banned from purchasing guns.

Federal law requires licensed firearm dealers to perform background checks before selling a weapon. Among those barred from purchasing guns are those who have been committed to a mental institution or “adjudicated as a mental defective,” convicted felons within five years of having a completed sentence, perpetrators of domestic violence, and some people with non-immigration visas. It’s unclear what type of visa Akram used to enter the country.

According to guidance from the Bureau of Alcohol, Tobacco, Firearms and Explosives, weapon dealers “will need a license if you repetitively buy and sell firearms with the principal motive of making a profit. In contrast, if you only make occasional sales of firearms from your personal collection, you do not need to be licensed.”

“In other words, Texans with known histories of violence can easily acquire weapons, including assault weapons, without a background check or sale record, no questions asked,” Ari Freilich, the state policy director at Giffords, a national gun control group, said in a statement. “This is obviously a particularly attractive source of weapons for people who know they would not pass a background check.”

Federal laws surrounding private sales also allow sellers to sell firearms without background checks as long as they aren’t making their main income off gun sales. That remains true if they make a regular habit of selling guns, even at gun shows, said Jacob Charles, executive director of the Center for Firearms Law at Duke University.

Some states have implemented their own laws that restrict gun sales further, but in Texas, along with many other states, there are almost no limitations to how firearms can be sold privately, making it easy to obtain a gun without creating a paper trail.

In remarks following the hostage situation Saturday, President Joe Biden said Malik Faisal Akram is believed to have gotten his weapon in a private sale — purchased from an individual not affiliated with a gun shop.

Charles said there isn’t clear data on how often people planning or committing acts of violence get their weapons from private sales, but it isn’t uncommon.

“These kind of high-profile events, where someone who perpetrates either mass terroristic type events or mass shootings has gotten the weapons through private sales, are run of the mill,” he said.

One example is the 2019 shooting in Midland and Odessa, where a gunman killed seven people and wounded 25 others in a shooting rampage. The shooter previously failed a background check and was not allowed to buy a gun from a licensed seller. He obtained the rifle he used in the shooting without going through a background check, according to state officials.

It’s unclear whether a background check, even from a gun store, would have stopped Akram from buying a firearm, Charles said. White House press secretary Jen Psaki said that a preliminary investigation shows he was checked against U.S. government databases multiple times before he was allowed to enter the country, but no “derogatory information” was found.

A 2017 survey from Northeastern University and the Harvard School of Public Health estimated that more than a fifth of U.S. gun owners who obtained a gun in the previous two years did not undergo a background check beforehand.

Texas does prohibit private individuals from selling guns to buyers who they know or “have reason to believe” aren’t allowed to have firearms. But outside of a potential buyer disclosing that information, Charles said it’s difficult for a seller to know, or be proven to have known, whether a certain individual wasn’t allowed to have guns.

Additionally, firearms — with a few exceptions — are not required to be registered to a person on either a state or federal level, according to the Texas State Law Library.

During his press conference, Biden said he is talking with the U.S. attorney general about the limitations of federal laws and how to prevent similar incidents.

“The idea of background checks are critical, but you can’t stop someone from buying something on the street,” Biden said.

Attempts have been made in Congress to require that private sellers go through third parties to obtain background checks before selling guns, but they have failed to pass. Last year, a bipartisan bill aiming to require background checks on most private sales passed the U.S. House, but no other action was taken on it afterward.

Even if the federal government implemented such a mandate, it’s unclear whether Texas would enforce it. After calls for federal gun reform following mass shootings, Texas passed legislation last year declaring itself a “Second Amendment sanctuary state” and prohibiting state agencies and local governments from enforcing new federal gun rules. (The Legislature also passed a law allowing Texans to carry handguns in public without going through training or obtaining a permit.)

Charles said that means Texas would take a hands-off approach to new federal gun laws limiting ownership, placing the burden of enforcing them solely on federal authorities. It’s unclear if Texas would extend the same approach to a universal background check law.

The Texas governor’s office did not respond to a request for comment on Saturday’s hostage situation or whether Texas would enforce a federal background check mandate for all gun sales.

Freilich said he and his organization support a universal background check law that requires “people pass an instant background check before acquiring ownership of a firearm, unless they are receiving the gun as a gift or inheritance from a close family member.”

“This reform is not a cure-all for all violence,” ​​he said. “But the data shows that people are, on average, much safer in states that require background checks to purchase weapons designed to take human life.”

This article was originally posted on The suspect in Saturday’s synagogue standoff obtained a gun despite his troubled history. It’s not difficult in Texas.