Please ensure Javascript is enabled for purposes of website accessibility When A Doctor No Longer Accepts Medicare, Patients Left Holding The Bag - THE CHICAGO HERALD Press "Enter" to skip to content

Home » When A Doctor No Longer Accepts Medicare, Patients Left Holding The Bag 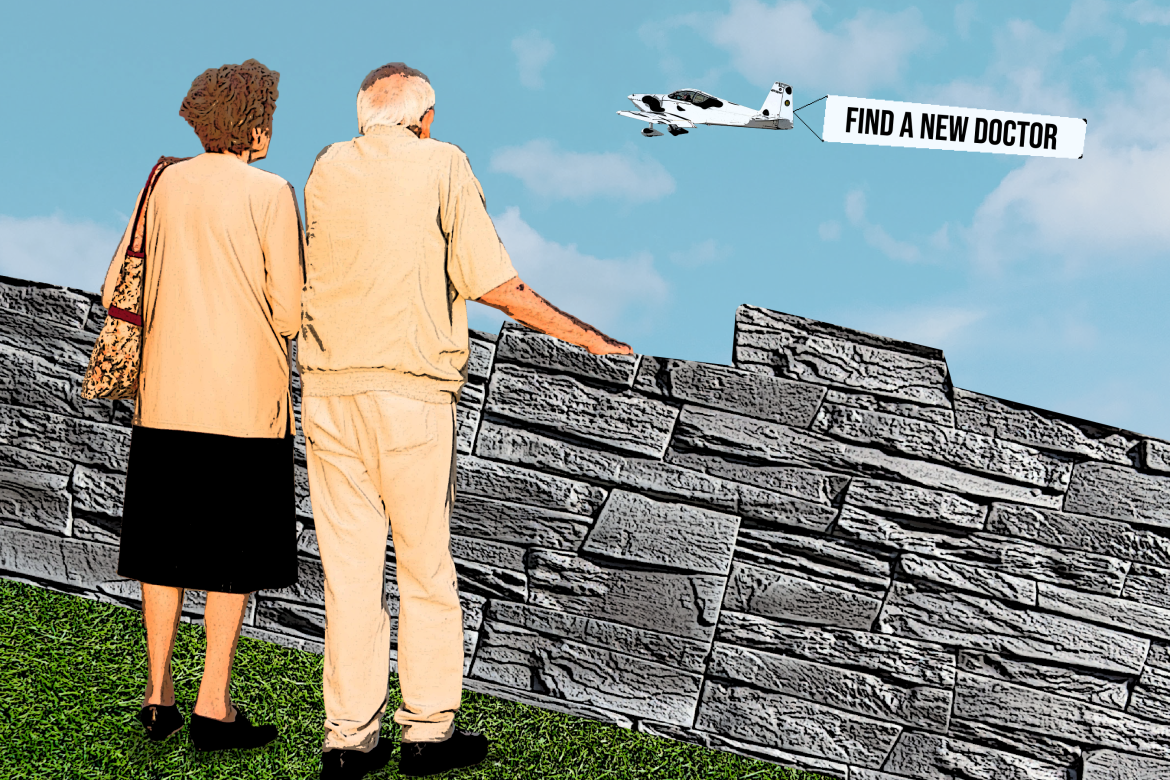 When A Doctor No Longer Accepts Medicare, Patients Left Holding The Bag

But after seven years, the couple was surprised when the doctor informed them she was opting out of Medicare, the couple’s insurer.

“It’s a serious loss,” Resnikoff said of their doctor.

Patients can lose doctors for a variety of reasons, including a physician’s retirement or when either patient or doctor moves away. But economic forces are also at play. Many primary care doctors have long argued that Medicare, the federal health insurance program for seniors and people with disabilities, doesn’t reimburse them adequately and requires too much paperwork to get paid.

These frustrations have prompted some physicians to experiment with converting their practices to more lucrative payment models, such as concierge medicine, in which patients pay a fee upfront to retain the doctor. Patients who cannot afford that arrangement may have to search for a new physician.

The exact number of physicians with concierge practices is unknown, health care experts said. One physician consulting company, Concierge Choice Physicians, estimates that roughly 10,000 doctors practice some form of membership medicine, although it may not strictly apply to Medicare patients.

Shawn Martin, senior vice president of the American Academy of Family Physicians, estimated that fewer than 3% of their 134,000 members use this model but the number is slowly growing.

The move to concierge medicine may be more prevalent in wealthier areas.

Travis Singleton, executive vice president for the medical staffing company Merritt Hawkins, said doctors switching to other payment systems or those charging Medicare patients a higher price for care are likely “in more affluent, well-to-do areas where, frankly, they can get fees.”

It is far easier for physicians than hospitals to opt out of taking Medicare patients. Most hospitals have to accept them since they rely on Medicare payments to fund inpatient stays, doctor training and other functions.

The majority of physicians do still accept Medicare, and most people insured by the federal program for seniors and people with disabilities have no problem finding another health care provider. But that transition can be tough, particularly for older adults with multiple medical conditions.

“When transition of care happens, from one provider to another, that trust is often lost and it takes time to build that trust again,” said Dr. Fatima Sheikh, a geriatrician and the chief medical officer of FutureCare, which operates 15 rehabilitation and skilled nursing centers in Maryland.

A study of at least 2,200 older adults published in 2016 found that nearly 4 in 10 were taking at least five medications at the same time. Fifteen percent of them were at risk of drug-to-drug interaction.

Primary care providers mitigate this risk by coordinating among doctors on behalf of the patient, said Dr. Kellie Flood, a geriatrician at the University of Alabama-Birmingham.

“You really need the primary care physicians to serve as the quarterback of the health care team,” said Flood. “If that’s suddenly lost, there’s really not a written document that can sum all that up and just be sent” to the new doctor.

Finding a physician who accepts Medicare depends partly on workforce demographics. From 2010 to 2017, doctors providing primary care services to Medicare beneficiaries increased by 13%, according to the Medicare Payment Advisory Commission (MedPAC), a nonpartisan group that advises Congress.

However, the swell of seniors who qualify for Medicare has outpaced the number of doctors available to treat them. Every day, an estimated 10,000 Americans turn 65 and become eligible for the government program, the Census Bureau reported.

Authors of a MedPAC report out last June suggested that the number of available primary care providers could be an overestimate. Their calculation assumed all internal medicine doctors provided these services when, in reality, many specialize in certain medical conditions, or accept only a limited number of Medicare patients into their practices.

But MedPAC concluded seniors are not at a disadvantage finding a doctor.

“We found that beneficiaries have access to clinician services that is largely comparable with (or in some cases better) access for privately insured individuals, although a small number of beneficiaries report problems finding a new primary care doctor,” the MedPAC researchers wrote.

The coronavirus outbreak has complicated the ability for many Americans to access care, regardless of their insurer. However, many older patients now have an opportunity to connect with their doctors virtually after the Centers for Medicare & Medicaid Services (CMS) broadened access to telemedicine services under Medicare.

Experts said the long-term effects of the virus on doctors and Medicare remain unknown. But Martin said the shortage of cash that many doctors are experiencing because of the coronavirus epidemic has revealed the shortcomings of how primary care doctors are paid.

“The COVID crisis really brought to life the challenges of fee for service,” said Martin.Despite these challenges, the number of doctors choosing to opt out of Medicare has been on the decline, according to data from CMS.

Singleton, of Merritt Hawkins, said concern about doctors leaving the Medicare system is part of larger workforce issues. Those include the need to recruit more medical students to concentrate on primary care.

One estimate predicts the nation will face a shortage of 23,600 primary care physicians by 2025. The majority of residents in internal medicine ― those who care for adults — are choosing a subspecialty such as cardiac care or gastroenterology, MedPAC reported.

Creative business models can make up that difference. Under the concierge model, the doctor charges patients an annual fee — akin to a gym membership ― to access their practice. The provider still bills the insurer ― including Medicare — for all patient care.

Another model ― called direct primary care — charges the patient an annual fee for access and care; doctors do not bill health insurance plans.

Proponents say that the model enables them to take more time with their patients without dealing with the bureaucracy of getting paid by health insurers.

“I think what is most attractive to direct primary care is that they just practice medicine,” Martin said.

The size of a physician practice can also determine whether it accepts Medicare. Large practices can better offset the lower Medicare payment rates by leveraging their influence with private insurers to raise those reimbursements, said Paul Ginsburg, director of the USC-Brookings Schaeffer Initiative for Health Policy. But small, independent clinics may not have the same clout.

“If you’re a large primary care practice, private insurers are really going to want to have you in their network,” he said. “And they’re willing to pay more than they might pay an individual solo practitioner who they’re not as concerned [with] because it’s only one physician.”

Luckily, after more than a dozen calls to physicians, Carrier and Resnikoff said they found another primary care doctor. They said she accepts Medicare and impressed them during their meet-and-greet with her knowledge of their medical history. She also met their criteria for age and expertise.

“At this point in our lives, I’d be eager to find somebody who’s young enough that they might be in practice for the next 10 years,” Carrier said.