Home » Why Every University Should Take in Refugee Students and Scholars 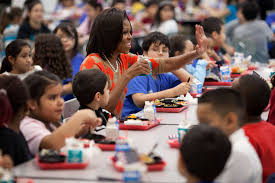 Why Every University Should Take in Refugee Students and Scholars

With just one percent of refugees able to go to university, the nonprofit Institute of International Education (IIE) is calling for the entire global higher education sector to help turn the tide by offering places to refugee students and academics.

This nearly 100-year-old organization runs international exchange programs, including the Fulbright Program, and works to protect academic freedom around the world, including supporting scholars who are under threat.

Following the mass displacement of Syrians by war, IIE and the Catalyst Foundation for Universal Education developed the Platform for Education in Emergencies Response (PEER), an online resource for Syrian refugee and displaced students to search for opportunities to continue formal and informal higher education.

IIE’s CEO Allan Goodman and Global Education in Emergencies Specialist Katherine Miller spoke with Refugees Deeply about their plans for the platform and advocacy efforts aiming to step up the number of higher education places and scholarships for refugees across the globe.

Refugees Deeply: You have called on all of the estimated 20,000 higher education institutions around the world to take in a displaced student or scholar. What do you think are the main obstacles in the way of making that a reality?

Allan Goodman: The biggest obstacle, and I think we’re making progress in overcoming it, is that higher education in the past has not played a role in dealing with refugees or displaced people. Even when the world had a lot of [displacement] after World War II, most people who were refugees or displaced weren’t in or headed to university education.

Compare [that] to Syria today, where 25 percent of the youth [between 18 and 24 years old] were in higher education when the war started. When we had other refugee crises, there’s never been that large of a cohort disconnected from higher education. So first is getting higher education institutions everywhere to say: “[The] refugee challenge is our challenge, too.”

Secondly, how do you find enough seats in universities for students who are not nationals, who are in your country but as refugees, when most countries have built universities for their people, not others? Thirdly, how do [students] find scholarships and get visas so that they can be connected to the opportunities that exist?

Refugees Deeply: What else do you think higher education institutions should do in response to the current level of global displacement?

Goodman: Given how large the refugee challenge is and the prospect that it could lead to a loss of a generation, we think that if every higher [education institution] just began by taking one student and one professor, we’d learn a lot from the act of doing that: About how many more we could take, what the challenges of integration are, how [to] rebuild credentials and curriculum vitae. This is something, since we don’t have precedent for it, we have to learn by doing.

Refugees Deeply: Are students an untapped resource in terms of organizing or funding some of these initiatives?

Katherine Miller: We’ve seen a great deal of increased interest from students [who want to help] their fellow Syrian students integrate into university. We’ve also seen a large movement of students who are lobbying with the administrations of their universities to ask that they accept at least one Syrian student, and create scholarships for those students so they can continue their education.

Refugees Deeply: How should donors balance between improving the capacity and access to higher education in the regions where refugees live, versus providing pathways for refugees to migrate elsewhere to study through scholarships, for example?

Goodman: I think all of us wish there [was] more capacity in the region or nearby countries to accommodate refugees and displaced people. Universities in exile, for example, are not being built in large – or maybe any – numbers. So as much as it would be a good idea to build capacity in the region, we’re also learning that it doesn’t seem to be happening at the scale that we need. But if it could, that would be far better than drawing up millions of people who face lots of uncertainties in countries whose language they don’t speak or culture they maybe don’t understand.

Refugees Deeply: Could you share some of the lessons you’ve learned through the IIE Platform for Education in Emergencies Response about the best ways to provide refugees access to information about study opportunities?

Miller: The first step for many refugees is simply knowing about the opportunities that exist for them in the space of higher education. So when we formed the Platform for Education in Emergencies Response, our first goal was to make an information clearinghouse that now features over 600 scholarship opportunities for displaced Syrians. In our second year of the program, we are hoping to expand the platform to [reach] beyond just Syrian displaced students.

Goodman: I know this is simplistic, but in doing the peer inventory of scholarships, we realized pretty quickly that we had to do both English and Arabic. So we just launched the Arabic site. You’d think we would have known that 100 years ago, but this crisis is even now teaching us things.

Refugees Deeply: Could you describe some of the impact of the work of Syrian scholars supported by the IIE Scholar Rescue Fund?

Miller: The effects of providing scholarships for displaced scholars, in particular Syrian scholars, have proven to be immense. Not only are their lives preserved in a safe haven, but they are also passing along their knowledge to students around the world where they’re placed at host institutions.

The project has taught us that some of the often cited challenges for many displaced students in accessing higher education are all very true. Number one is credentialing: Many students don’t have records of their prior schooling. Many universities are hesitant to engage with records that come from countries other than their own. So we always ask that universities retain a modicum of flexibility when working with displaced students. We certainly experience, when students do wish to cross borders, concerns with visas and other documentation. And language barriers are also very high. Scholarships, of course, seek to remedy the issue of financial barriers. However, there are simply so many universities that can offer even more scholarships than are already doing so.