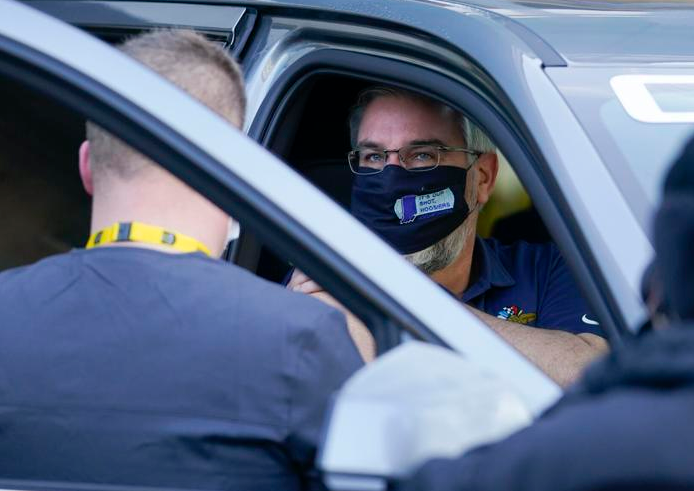 The National Federation of Independent Business surveyed their members by email March 11-16 and collected responses from 526 business owners in Indiana on the pandemic, business conditions and other issues, including the vaccine.

“That’s a tiny number,” says Barbara Quandt, Indiana director of the NFIB. “It is a new vaccine, so I think….as time goes on it’ll evolve for sure.”

She says the organization is entirely member driven.

“NFIB determines our stance on issues by our members,” Quandt told The Center Square. “We have something that’s called our member ballot. We ask through the balloting process, ‘How do you feel about this issue or that?’ If our members don’t say one way or the other, we don’t take a position.”

The issue of whether employers can force employees to get vaccines as a condition of employment or a promotion was a hot topic in the Indiana General Assembly this year with a hearing on the issue attracting the biggest crowd to the statehouse this session. Close to 100 people turned out to testify on S.B. 74, a bill that said employers could not require an employee to get a vaccine and carved out an exemption for “conscience” – meaning that an employee could declare that he or she would not get the vaccine because it violates his or her conscience. Most of the people testifying were in support.

The bill also included a provision allowing an employee to sue for actual damages, punitive damages and court costs/attorney fees if discriminated against by an employer for not getting a vaccine.

The Chamber of Commerce testified against the bill, and in an issue briefing on its website has reiterated its opposition, saying it opposes the bill because of this provision, which it says would create a new “private right of action” against an employer.

“We have a policy – regardless of the issue – opposing any new private right of action,” the chamber’s brief reads, saying most employers won’t mandate vaccinations as “it isn’t good for morale.”

The chamber also says in the briefing that the exemption for “conscience” is a “non-starter” and complained that the bill, if passed, “leaves the decision entirely up to the individual” rather than taking into account “undue hardship” imposed on an employer as allowed under the Americans with Disabilities Act.

Under current law, employees and also students can claim a religious exemption to vaccines, but some of those testifying on S.B. 74 in January said their employers had not honored this exemption.

The bill was authored by Sen. Dennis Kruse, R-Auburn, and co-authored by the chairman of the Senate Committee on Pensions and Labor, Sen. Phil Boots, R-Crawfordsville, whose committee held the hearing on the bill.

Several other senators signed on as co-authors, including Sen. Jeff Raatz, R-Richmond, chairman of the Senate Education Committee, and Sen. Michael Young, R-Indianapolis, chairman of the Senate Corrections and Criminal Law Committee. The ranking Democrat on the Pensions and Labor Committee, Sen. David Niezgodski, also signed on as a co-author. But the bill never got a second hearing.

Ashley Grogg, who founded the group Hoosiers for Medical Liberty, has organized opposition to employer vaccine mandates, and notes that more and more national corporations are announcing they’ll require their employees to be vaccinated.

“I think more small businesses will jump on board,” she says.

The religious exemption is insufficient, she says, “because not everybody identifies as religious.”

“Why should we discriminate against those people?” she said.