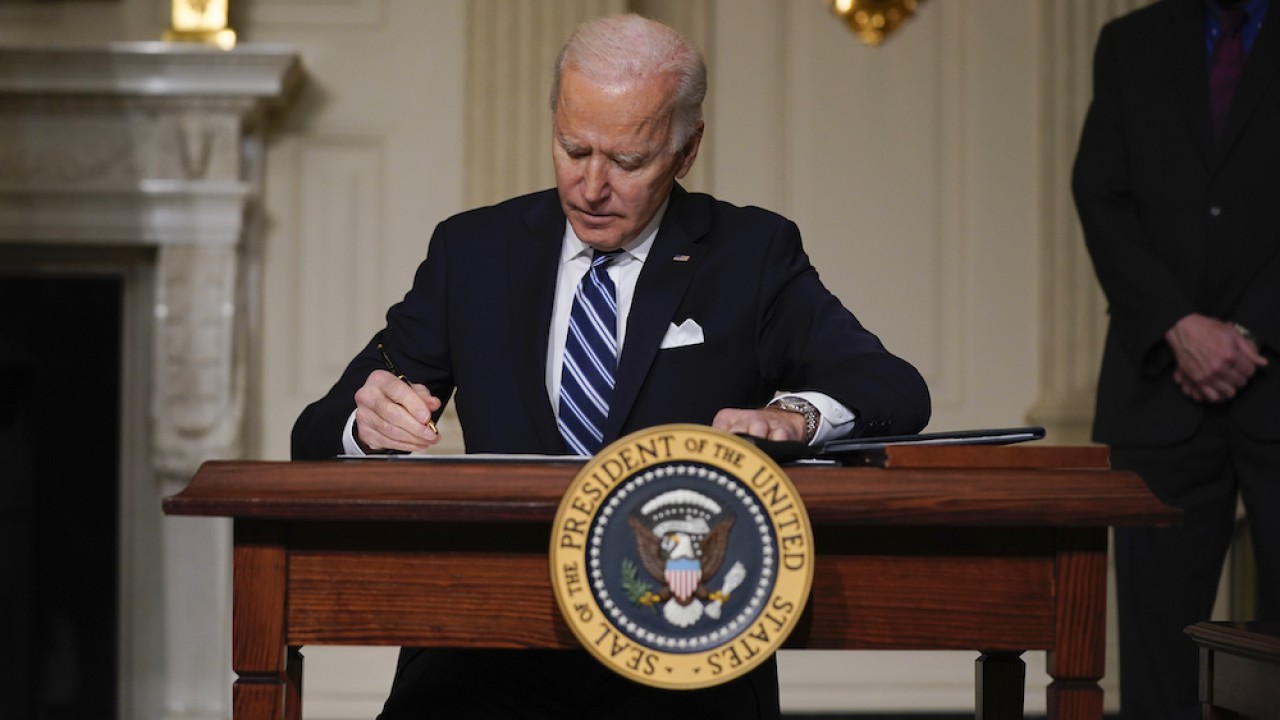 4 reasons no president should want to give a press conference

The Associated Press and The Washington Post noted that Presidents Donald Trump and Bill Clinton had each held five press conferences by this time in their presidencies. President Barack Obama had held two and President George W. Bush had held three. On March 16, White House Press Secretary Jen Psaki announced Biden would hold one on March 25.

As a scholar of political communication and public relations, I have published studies of presidential press conferences, looking at the effects of journalists’ asking tough questions, theorizing about politicians’ different strategies and observing the effects on voters. While critics point to various motives behind Biden’s avoidance, empirical evidence and my research suggest reasons no president should want to give a press conference.

Dodging questions – or not

Before discussing the risks of a presidential press conference, I want to say that I believe that public servants are derelict in their duties if they refuse to face the press. The White House Correspondents’ Association accused Biden of lacking “accountability to the public.” And ABC News questioned Biden’s transparency and accountability.

But while democracy may demand such accountability from a president, press conferences definitely are risky for them.

The first reason to avoid a press conference is that reporters may accuse the president of dodging questions. And viewers are likely to believe the allegations – regardless of what the president actually said. The tendency of political journalists to accuse presidents of deflecting questions has increased in recent decades and has become fairly common.

I ran an experiment testing the effects of a journalist accusing politicians of evasion.

The voters in the study all saw the same questions and answers. For half of the voters, though, I edited the video to insert the journalist accusing the politician of dodging in an answer.

What’s more: The politician shown in the experiment had not actually dodged. Voters seem to believe a reporter and disbelieve a politician. The voters seemed to have a “truth-default” leading them to automatically presume they are being told the truth by political reporters without any suspicion being raised.

A second reason to avoid press conferences is that questions will tend to be unanswerable. As has been documented by decades of data, journalists frequently ask about controversial topics, and they word their questions in tricky ways.

Reporters formulate questions that often focus on divisive issues. To questions like this, there is no politically advantageous answer. Based on my research, journalists covering the White House tend to ask about topics that divide the country – such as abortion or gun control – for which any direct answer would offend some group of voters.

A press conference’s time constraints, with the audience expecting short answers to massive problems, can also make it impossible to give an adequate answer.

A third reason is that even if a question is not divisive, and the president answers it, many voters will still think the president is being deceptive.

I ran an experiment in which I filmed an interview of a politician either dodging or answering a journalist’s question, and I manipulated whether the politician had a “D” or “R” next to his name. Regardless of what the politician actually said, Republican voters thought the politician was deceptive when he was a Democrat, and vice versa for Democratic voters.

Simply by having a party label, a president’s press conference will likely be skewed through a partisan lens no matter what he says.

TMI – too much information

A final reason for a president to avoid giving a press conference: Research reveals that official events, such as formal news conferences, do not make a president seem presidential. Historically, the more the public gets to know the president, the more they dislike him. As the saying goes, “familiarity breeds contempt.”

My own research has revealed why a president might become more unpresidential the more he holds press conferences. Being perceived as “presidential” can depend on voters’ perceptions of the condition of the nation, and politicians must match their word choices to voters’ personal situations. The more a politician’s words inevitably diverge from voters’ feelings and experiences, the less presidential he will seem to them.

Altogether, presidents probably will lose stature, not gain it, by holding a press conference. Journalists hold the upper hand, asking questions that pose a rhetorical minefield and wielding the power to accuse the president of evasion. And voters will tend to believe journalists’ criticism of the president even if the president honestly answers their questions.

Even without journalists’ interference, presidents will be disbelieved by about half the populace, and the more they talk the more they become unpresidential.

Of course, if what the president is aiming for is not strategic expediency, but simply fulfilling an obligation to be held accountable in his role, then the country wins when he holds a press conference – and in that way he does, too.