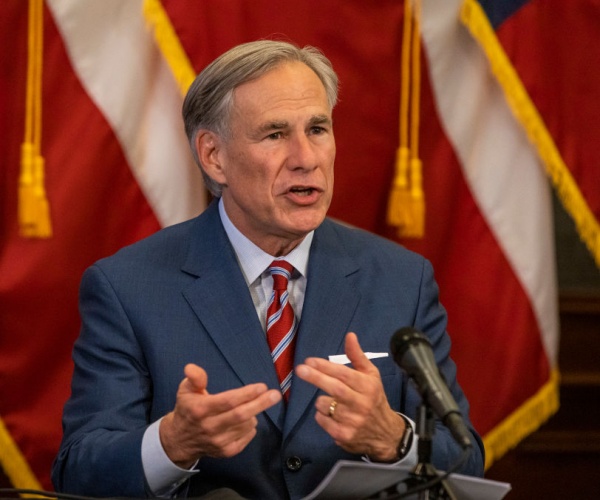 Texas Gov. Greg Abbott sent a letter to Vice President Kamala Harris on Tuesday asking unanswered questions about how the federal government is responding to the border crisis.

President Joe Biden last week tasked Harris with overseeing the border crisis. Harris previously faced criticism after reportedly laughing after a reporter asked a question about whether she would visit the border amidst the crisis.

Abbott urged the administration to interview every unaccompanied illegal immigrant minor to find out if they have been harmed, groomed, or victimized by human traffickers in any way. He’s also demanded that Harris and Biden make clear what their plan is to prosecute human traffickers and stop the surge of illegal border crossings.

On March 6, Abbott initiated Operation Lone Star and directed state law enforcement, including State Troopers, Texas Rangers, the Texas National Guard and other personnel and resources, to perform various tasks to secure the border. On March 17, he expanded the operation to include anti-human trafficking efforts.

There are currently more than 18,000 illegal immigrant unaccompanied minors in federal custody in Texas.

“This has resulted in overcrowding and inhumane conditions in the federally run unaccompanied minor facilities,” Abbott said. “Unfortunately, these numbers are only those known to law enforcement; an unknown number of unaccompanied children successfully cross the border without being apprehended by law enforcement.”