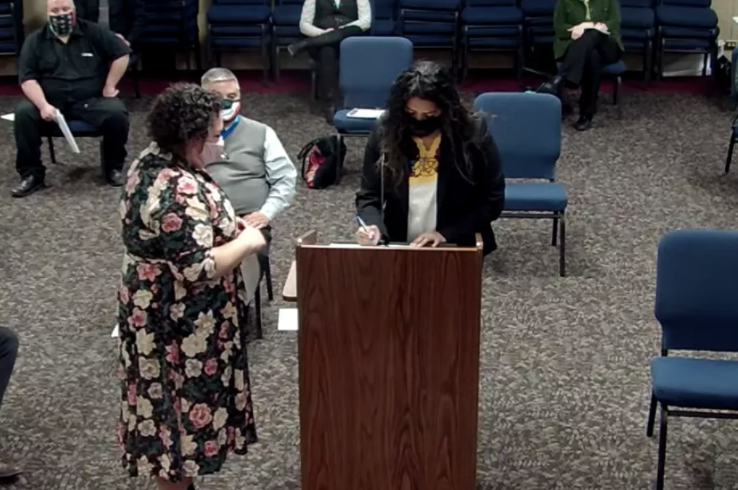 A bilingual teacher was appointed Tuesday night to join the Adams 14 school board.

The school board picked Janet Estrada to fill its fifth seat in a unanimous decision, noting that adding an educator perspective to the board will be a benefit.

“It’s a critical time,” said board member Maria Zubia. “We really want an educator voice at the table.”

Board members also said that the decision was difficult. The other three applicants all were longtime members of the community, with children in the district.

The board seat had been vacant since January, after Regina Hurtado moved out of the district and resigned from the board.

Estrada will have to run for re-election in November if she wants to complete the rest of Hurtado’s term to 2023. Three of the five board seats will be up for election this November.

Estrada, who is a bilingual teacher at PREP Academy in Denver, is also the parent of a preschool student in Adams 14. In a town hall meeting last week, where the board interviewed all four applicants, she described how being the daughter of immigrants, and growing up in a low-income family in southwest Denver, both help her understand and relate to the population of the Adams 14 school district.

In the same meeting, Estrada said that the challenges she’d like to help the district address are around achievement and equity gaps. She described her idea to create a community cabinet to increase communication between the board and the community.

The Adams 14 school board is overseeing MGT Consulting, a for-profit outside manager hired under state orders to improve student achievement.

The school board is also about to begin a search for a superintendent.