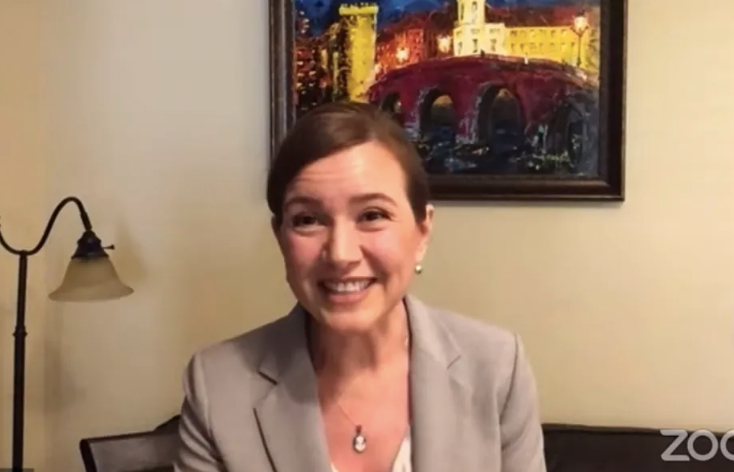 The Adams 14 school district will have a new superintendent this summer.

The board voted unanimously Friday to appoint Karla Loria, the sole finalist, as superintendent to start in July. The district must still negotiate a contract with Loria.

Loria, a native of Costa Rica, is currently the chief academic officer for the Clark County School District, in Las Vegas, Nevada, the fifth-largest district in the U.S.

Loria was initially one of two candidates named by the school board for the job. But shortly after a virtual community forum where the board interviewed both candidates in public, the second finalist stepped out of the running.

The board continued its original plan to conduct a final interview last Friday, using feedback from the public to shape questions. A week later, the board voted, “enthusiastically,” as board member Renee Lovato put it, to appoint Loria.

“One of our students said he was looking for someone that would lead with love, and I really think you’re going to do that,” Lovato said. “I look forward to having your perspective on everything as we move forward with our strategic and turnaround plans. Your track record of turning around low-performing schools was very impressive and it’s something we direly need.”

Adams 14, with about 6,500 students a much smaller district than Clark County, hasn’t had its own superintendent for about two years. The last superintendent hired by the school board was Javier Abrego, who left his position after the state ordered Adams 14 to hire an external manager to take over most of the superintendent’s management responsibilities.

The district hired MGT Consulting, a for-profit Florida based company, which in turn hired local educators to manage Adams 14.

MGT appointed Don Rangel, who has served as superintendent for the past two years. But MGT’s four-year plan was to slowly give back more control of operations to the district, including by having the board hire a superintendent.

Loria, a bilingual educator who described herself as a collaborator who would bring in an agenda focused on “students first,” said Friday that she was honored to be chosen.

“It was not difficult to say this is a school where I can come in and serve,” Loria said, “and really have a great impact on students’ future.”

She also took the time to once again run down her list of priorities which include listening to the public, and engaging with community, businesses and “everyone who is interested in coming and working to create, support, and strengthen systems that will guarantee quality and equitable education for all students.”

Parents and community members in Adams 14 have been calling on the district to involve them more in decision-making.

Loria also said she will focus on instruction, talent development, and transparency and trust-building with the community.

“If we cannot say how something that we’re doing is going to be supporting students, maybe we do not need to be doing that,” Loria said.

Loria previously has worked in Colorado, including in the Harrison school district in Colorado Springs. She also has been a bilingual educator.

In Adams 14, which serves a large immigrant community, bilingual education has become a priority for many in the community and on the board. A federal investigation years ago found the district in violation of the civil rights of Spanish-speaking students.

The district recently received final approval for a plan to fix problems and to educate students who are not yet fluent in English. Part of the district’s plan is to open its first dual-language program next fall starting with preschool and kindergarten grades. Loria will oversee the rollout of those plans.

Loria’s work will primarily focus on ensuring that the district completes two more years under state orders to work with MGT to substantially improve student achievement.

Adams 14 must show that it can raise its ratings received from the state. But the state suspended issuing those ratings during the pandemic, so tracking the district’s progress has been limited.

Loria highlighted for the board her turnaround efforts in Houston and in her current district in Nevada.

In Houston, she said she oversaw more than 60 schools and through her efforts said “17 of the 25 schools ranked as priority schools by the state improved at least one level in the first year.”

In the Clark County School District, she was previously a region superintendent overseeing 120 schools. “Three schools in my area experienced the district’s highest growth with our English language learners after implementing proven best practices,” she said.

In her interview Loria described strategies such as creating buy-in for using data to drive decisions and then celebrating little victories, parent engagement that helped parents feel more comfortable in schools, and talking to students. Talking to students and other community members will be a big part of her first 100 days, she said.