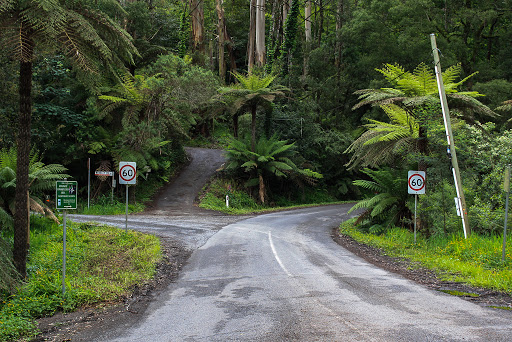 Despite closed borders, shuttered businesses, and their first recession in 26 years, they retained their faith in immigration and open trade, and renewed their trust in their own government.

These are the findings of the Scanlon Foundation’s 2020 report, Mapping Social Cohesion – an annual deep dive on how Australians feel about their society and their place in the world.

“The focus of the research is on what has changed and what is stable,” says Emeritus Professor Andrew Markus, who’s been involved in the report since it began in 2007. “And what changed was trust in government. For me, that’s really the big story.”

Professor Markus says the November survey was taken to assess whether the positive July results were stable. Communities often rally together when a crisis begins, he explains, but can’t sustain their momentum. But by November, Australians were feeling even better than they did in July, over a number of indicators.

Australia’s robust levels of social cohesion, as mapped by the report, has been vital to our success in fighting the spread of COVID-19, he says. “If you don’t have social cohesion, you cannot control the virus, because many people ignore what governments want them to do.”

Each year, the Scanlon-Monash Index (SMI) attempts to quantify Australia’s social cohesion on a scale of 0 to 100, as measured across five areas: belonging, worth, social justice, political participation, and acceptance of diversity. Astoundingly, the SMI rose from 84 in 2019 to 89 in 2020.

“People who are not happy with the lockdowns, they’re in much smaller numbers in Australia than they are overseas,” he says. “Certainly, the numbers are low, relative to the air time that they get. In most states only 1-2% of people, and in some states no people, told us that lockdowns were definitely not required.”

Even in Victoria, which endured more than 100 days of lockdown, 78% of people supported the state government’s strategy in November – despite months of carping in sections of the media. “That was really a surprise,” Professor Markus says.

What has made Australia so resilient? Even before the pandemic, the nation was relatively united, he says, particularly compared with Britain, which in recent years has been bitterly divided over Brexit, and the US, where longstanding political, racial and regional differences became worse under former president Donald Trump.

In contrast, Australian Prime Minister Scott Morrison and Opposition leader Anthony Albanese are both conciliatory figures, he says. In 2020, Morrison set ideology aside to introduce meaningful income support for people in need, while Albanese played a constructive role, supporting the government’s initiatives.

“In a crisis, people look for leadership, but then the leadership has to deliver,” Professor Markus says. “And in Australia, I think it was delivering. Small government is not going to solve the level of problems that we have.”

Australia’s economy was another factor – in contrast to other advanced economies, we escaped the Global Financial Crisis relatively unscathed. But before the pandemic, Australians felt more cynical about their government. The emergence of COVID-19 turned the trend. “

Two things were done well,” Professor Markus says. “One was the establishment of a national cabinet involving the states, with people from different parties working well together. The other was the level of financial support that was accorded – not to everybody, but to the majority. JobKeeper, JobSeeker, assistance to businesses, the higher payments.”

Australians also saw the toll the pandemic was taking on other nations, and had the opportunity to reflect on what our society, and our governments, were doing right.

Migration has made Australia stronger

For the past 13 years, the Scanlon Foundation has taken a special interest in Australian attitudes to migration. Over that time it’s told a mostly positive story about a society that supports multiculturalism, and believes migration has made it stronger.

In 2020, Professor Markus wondered if this tolerance for diversity would survive during the tougher conditions the pandemic imposed – and found that it did.

“When we ask people in general terms about an open society – global trade and the ideal of immigration being good for the country – we’re getting ‘tick, tick, tick’,” he says. “When we asked people to reflect on whether immigration in recent years was too high or not too high, it was like an open invitation to say, ‘Yes, it was too high’. But 62% disagreed, [and] said the level was about right or too low. To me these are extraordinary numbers.”

Even young people, who are more likely to face joblessness or insecure employment, and who, as a result, are less optimistic about their future, also wanted Australia to keep welcoming migrants. Only 18% in the 18 to 25 age group believed immigrants take jobs away, compared to almost 30% for other age groups.

“I searched long and hard to see, ‘Can I find a heightened negative sentiment?’, but all of the data in terms of general attitudes seems to point in that positive direction,” Professor Markus says.

The report isn’t all positive news

The survey does contain some cautionary notes. Thirty-nine per cent of overseas-born Asians said they had experienced discrimination in 2020, although for Australian-born respondents it was lower at 14%. (The survey samples aren’t large enough to provide a reliable breakdown for specific national groups, Professor Markus says, although a supplementary survey that was conducted among Chinese-Australians indicates that they’re feeling particularly vulnerable.)

Yet, 90% of respondents also said a person born overseas was just as likely to be a good citizen as someone born in Australia, while 84% agreed that people from different national or ethnic groups get on together, with the same number saying multiculturalism had been good for Australia.

At the same time, about a third of respondents said they believed Australia was a racist country, indicating awareness of the problem, Professor Markus says. According to the survey, Islam has consistently been regarded more negatively than any other religion, although anti-Muslim sentiment did not worsen in 2020 (37%).

“We have this ethnic hierarchy, and it’s been there for a long time,” Professor Markus says. “It’s very different today than it was 30 years ago, but nonetheless, Europeans are still regarded much more positively than some Asian, African and Middle Eastern groups.”

In 2020, even the proportion of the population with strongly negative views towards a diverse immigration intake and multiculturalism fell to 4-6%, slightly down from 2018-19 where it was tracking at 7-13%.

“Again, that is a very amazing finding,” Professor Markus says. “The danger is that in a crisis, within segments of the population there’s much higher negative sentiment. And yet, the proportion with strong negative views are going down.”