Please ensure Javascript is enabled for purposes of website accessibility As districts look at learning losses, Westminster plans for an extended school year - THE CHICAGO HERALD Press "Enter" to skip to content 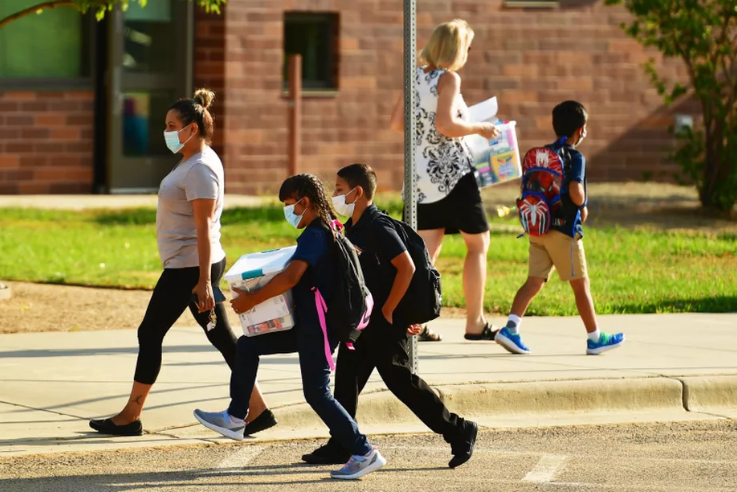 As districts look at learning losses, Westminster plans for an extended school year

Students in Westminster will be able to choose to extend their school year into the summer by 12 days this semester, as the school district attempts to make up for some learning losses.

Westminster is one of the first to announce a summer learning option. As school districts grapple with how to make up for lessons and time lost which have caused students to be further behind than they would have been without COVID disruptions, several are planning opportunities for learning this summer.

Adams 14 officials have said they are looking at options. Cherry Creek has not finalized plans, but a board presentation described summer priorities as including programs for social and emotional skills and offering academic classes and career exploration.

In Westminster, families may weigh their options this month. Teachers have been asked to encourage parents during parent-teacher conferences to enroll in the extended days. The district will host a virtual meeting March 15 to answer parent questions.

Parent Lorena Osorio said she believes her daughter has struggled more this year as she has remained in remote learning. Osorio asked her daughter if she would like to participate in the extra summer days and she said she would. It seemed easy for her to keep logging on to do remote work while already home, Osorio said.

Westminster is one of the districts that has offered students an in-person option, including for middle and high school students, for more of the school year than have many of the larger school districts in the metro area. Nearly one-quarter of Westminster’s 8,500 students have chosen to stay fully remote. These students will also be able to participate in the extended days.

Oliver Grenham, chief education officer for Westminster Public Schools, said officials don’t believe students have lost ground, but believe that a loss of opportunities for learning means they haven’t progressed as much as they should have this year.

For example, one school with a focus on the arts cancelled large student performances this year, meaning less opportunity for students to demonstrate their skills.

Jeni Gotto, executive director of teaching and learning, said the district has also observed teachers who were unable to get through all of the material they normally would have during the school year. For example, third grade teachers may introduce multiplication by the fall, but this school year some students may still not have started those units by winter.

Rather than advancing students together through grade levels, Westminster schools use a model where students are grouped by what content they can show they’ve learned. They can move up a level any time during the year when they show they are ready, though many students still change levels between school years.

District leaders call their competency-based model a benefit during these times because students won’t advance to the next level just because it’s a new semester.

“That’s the beauty of our system, every student is on their own path,” Grenham said. “Students know, when I come back in the fall I get to pick up exactly where I left off.”

About two-thirds of those who responded to a survey, indicated they would like to see the school year extended.

Among the anonymous comments provided in the survey, parents who were hesitant mentioned a need for transportation, a desire for air conditioning in schools, or a need to let students have their summer off.

“I am a little shocked this is on the table. These kids need summer to recharge from the stress of this last year,” one parent wrote.

“I think he didn’t learn much while online and I want to make sure my son is successful for second grade,” one parent said.

Before surveying parents, the district also asked staff if it would be best to extend the school year into June or start the next school year earlier. Responding staffers preferred continuing the school year through June 11, noting that they wanted to take advantage of the relationships they’ve already built with their students, Grenham said.

Pending how many students enroll, the district is planning for all school staff to work those extra days.

Studies have shown evidence that students can make large academic gains with regular, small-group tutoring. The extra days this year will not be just tutoring, and won’t be like summer school, district leaders said, but instead will really be an extension of the semester.

After students sign up, they will work with teachers to set individual goals for the extra time.

The district planned for 12 extra days based on how much it believed it could afford, though officials did not release a cost estimate, which will depend on how many students participate.

“There’s nothing magic about the 12 days,” Grenham said.

Westminster will track the number of students who are ready to move up a level in the fall, and compare that with previous fall semesters.

Asked whether he expected to see that data close to normal next fall, Grenham said, “realistically, no.”

District leaders worry that if they must administer standardized state tests this spring, they may lose more than 12 days of learning, rendering the summer extension less useful.

“Right now, every minute that we can spend on instruction for our students is highly prized,” Grenham said.

This article was originally posted on As districts look at learning losses, Westminster plans for an extended school year