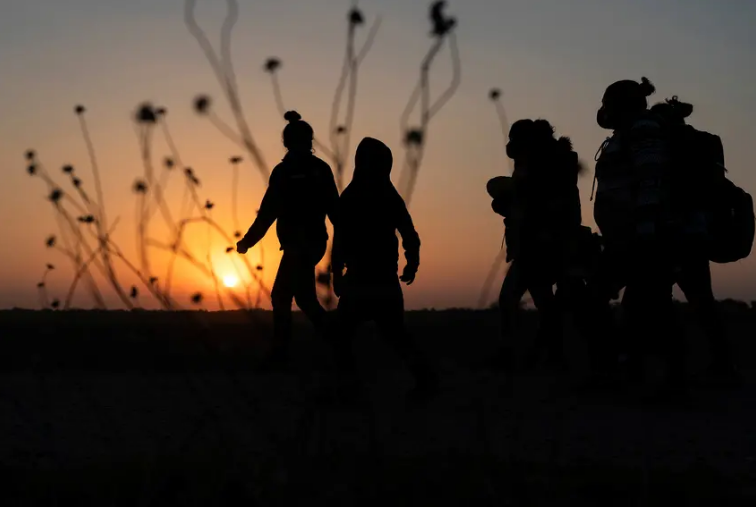 Texas’ Republican and Democratic elected officials battled for camera time Friday on the state’s southern border as the Biden administration continues to come under fire as an ever-increasing number of undocumented immigrants are being apprehended.

Leading the charge was U.S. Sen. Ted Cruz, R-Texas, who in a late-night video Thursday from the banks of the Rio Grande said he witnessed cartel members and human traffickers taunting American officials from the Mexican side of the river.

That was followed up by a press conference Friday with 18 other senators, including U.S. Sen. John Cornyn, R-Texas, who, clad in khakis and bullet-proof vests, toured the Rio Grande in Texas Department of Public Safety gunboats at Anzalduas Park.

“We saw traffickers on the Mexican side of the river preparing to cross, and then today we visited detention facilities,” he told Fox News in an interview.

Cruz tweeted images earlier from a detention center in nearby Donna, which showed the overcrowding of migrant teens in holding cells similar to facilities former President Donald Trump was often assailed for.

“They are packed in there,” Cruz said.

Castro said President Joe Biden “inherited a situation where the previous administration had sought to dismantle the infrastructure for processing asylum seekers and settling asylum seekers in the United States,” and cast blame at Stephen Miller, the architect of Trump’s immigration policy.

The San Antonio congressman applauded the current administration for beefing up capacity to handle a rising number of migrant children who have arrived at the border seeking asylum, with new temporary facilities in Dallas, San Antonio and California.

U.S. Rep. Ilhan Omar, D-Minn., who was among the Democrats in Carrizo Springs, said she was a child refugee who fled danger in Somalia to come to the United States.

She said the migrant children in the Carrizo Springs facility told the members of Congress that they want to be treated with dignity and that they don’t know who the U.S. president is. Republicans have blamed Biden’s less stringent immigration stance for a sharp increase in migrants coming to the border seeking entry into the U.S.

“The majority of the people are not political animals like we are,” Omar said. “They are looking for an opportunity to survive and to thrive.”

U.S. Rep. Pete Aguilar, D-Calif., said lawmakers will use what they learned on the Carrizo Springs tour to help them try to fix a “broken immigration system” that he blamed the Trump administration for making worse through misguided policies.

“What we saw, and the conversations that we had, will help inform the decisions that we are going to make, to ensure that this system becomes better,” Aguilar said.

This article was originally posted on As migrant apprehensions soar, Texas politicians jockey for air time to criticize — or defend — President Joe Biden