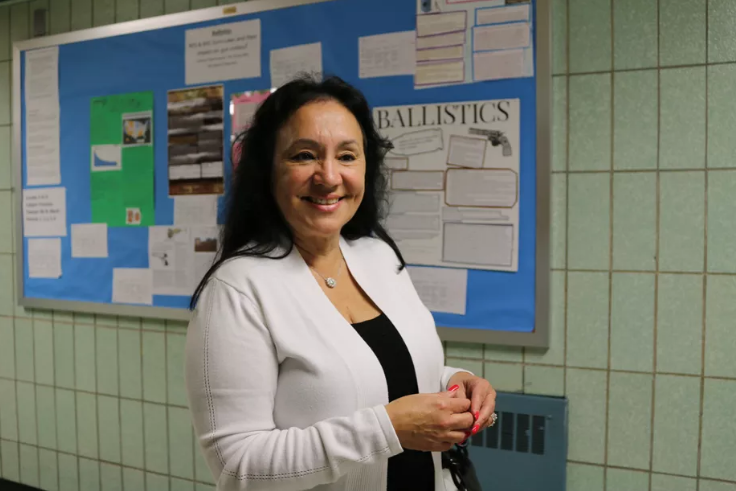 Rosa, a former Bronx educator, was the Board of Regents chancellor until she resigned in August 2020 to fill in as education commissioner. She was the third to hold the temporary job after MaryEllen Elia’s resignation a year and a half ago.

The board hired a firm to conduct a national search and had expected to make a hire last summer. But the coronavirus pandemic threw off those plans as schools shuttered across the state, shifting the board’s focus to instructional regulations and reopening plans.

A state education department spokesperson said that the Regents reviewed “dozens of applications” and conducted two rounds of interviews. Several Regents said Rosa stood out, with outgoing Vice Chancellor Andrew Brown saying she’s someone the Regents “can trust” and “will hear the voices of those who are least likely to speak up or able to speak up.”

After the board voted to appoint her, Rosa invoked the challenges of the past year.

“The Regents and the department must not only help spearhead this recovery, but at the same time we must all also ignite a renaissance — a rebirth,” Rosa said. “Economic recovery through smart investments in schools, in teachers, in curricula and the ways we deliver instruction — that is how we will tackle so many of the challenges we face.”

Rosa will take the helm at one of the most challenging times in American education, as the state’s 732 school districts  — including the nation’s largest in New York City — face multiple crises due to the pandemic. Besides concerns about mental health issues and potential learning losses after extended school closures, the state faces budget gaps that could hurt schools for years to come.

The state’s education chief works under the direction of the board to shape and enforce education regulations. Rosa’s appointment to the job — one month after the board elected Lester Young Jr. as the new chancellor — represents a transformation of leadership and politics that began years before Monday.

Rosa, who is well-liked by the state teachers union and other educator organizations, is a veteran of the Board of Regents, joining its ranks in 2008. She is in a unique position: She will work under the direction of a board she used to lead, with members who have served alongside her for many years. Given those relationships, she might be able to more quickly elevate some of her own priorities as commissioner, such as rethinking graduation requirements and closing opportunity gaps for students of color and of different abilities.

Rosa will earn $324,000 a year in her new role. Rosa did not receive any stipend as a member of the Regents and was only reimbursed for board-related travel, department officials said.

Before receiving a prominent role in Albany, Rosa spent years in the Bronx as a bilingual teacher, principal and superintendent. As a member of the board of Regents, Rosa was a vocal critic of some of the policies her predecessor supported around Common Core learning standards and teacher evaluations.

By 2016, the political dynamic of the board shifted in Rosa’s favor. When Meryl Tisch stepped down from the chancellor’s role, Rosa was elected by her board colleagues to replace her and several Regents who had supported Tisch were replaced. Elia — hired by the Tisch-led board — then had to answer to a more skeptical group of Regents.

A new era was born in New York, which was once at the center of American education reform efforts.

Under Elia and Rosa’s chancellorship, new learning standards were created, and a moratorium was placed on tying state tests to teacher evaluations — which state lawmakers would later make permanent, with support from teachers unions. Also under Rosa, the board developed its plan to comply with the federal Every Student Succeeds Act, spelling out how New York would evaluate schools and intervene with those that are deemed struggling.

Under Rosa’s leadership, more pathways were created for completing high school exit exams  to make graduation more accessible to more students. Those moves have led to rising graduation rates, and while some have applauded those efforts, others have questioned whether such moves have lessened the rigor of a New York diploma. Before the pandemic, the Board was in the midst of re-evaluating diploma requirements.

When Elia resigned in 2019, education observers predicted that the Regents would favor someone skeptical of standardized tests, laser-focused on closing opportunity gaps among students of color, and friendly with teacher unions.

Even though the board had hired a national search firm, they had shown some interest in choosing a homegrown candidate. Officials had twice approached Angelica Infante-Green, a former top New York education official who is now the education commissioner of Rhode Island, about the job.

Looking ahead, Rosa’s appointment could mean a continued effort to revamp graduation requirements. During the pandemic, Rosa has been interested in lobbying the legislature to address the digital divide, as many students across New York report having unreliable access to the internet.

She may also be willing to challenge Gov. Andrew Cuomo on decisions that come out of the executive branch. Last year, as Cuomo made sweeping decisions about school closures and reopenings, and launched a commission to “reimagine education,” Rosa pushed back.

“From the constitutional perspective, education is our landscape,” Rosa said during a panel discussion with news organization City & State. “All I say is, let us do our work, let us work with the individuals that have to be engaged in looking at the economy, but we must do this together.”