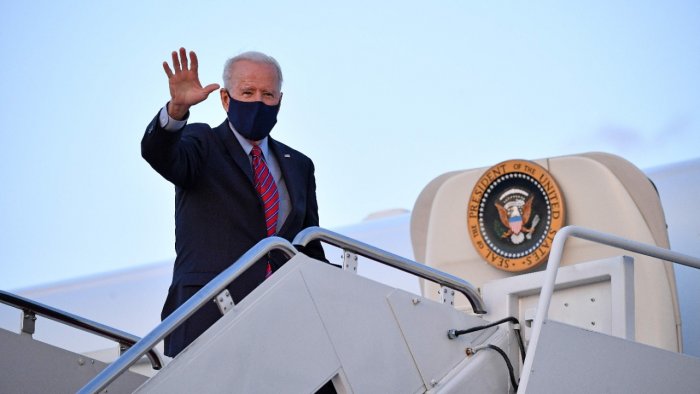 There was no break-in period for the new Department of Homeland Security secretary.

Alejandro Mayorkas went from his confirmation hearing in the Senate to confronting a surge of migrants along the southern border almost immediately, and while the new DHS chief won’t call the current situation a crisis, he did announce Tuesday that the nation is on track to record the highest number of apprehensions in over two decades.

It is a challenge, the White House regularly insists, that has only been made worse by the previous administration’s policies.

“Quite frankly,” he added, “the entire system was gutted.”

And yet, at least for now, rebuilding the system that Trump allegedly wrecked does not include surrounding Mayorkas with the executive personnel he doubtless needs to do his job. As the surge continues, President Biden continues to mull who he should name to key immigration posts.

“We will dig out of the cruelty of the past administration and we will rebuild our nation’s asylum system,” Mayorkas promised reporters two weeks ago. Asylum claims are up, as are the responsibilities of the office of U.S. Citizenship and Immigration Services. Biden has yet to nominate a new director for that agency.

“I’m working around the clock to replace the cruelty of the past administration with an orderly, humane, and safe immigration process,” Mayorkas said of a system that includes both Immigration and Customs Enforcement and the U.S. Customs and Border Protection, two more agencies that Biden has left without permanent leaders.

If the administration is rebuilding immigration systems while also confronting an unprecedented migrant surge, why the delay?

“He is eager to nominate individuals to fill all of those spots,” White House press secretary Jen Psaki told RealClearPolitics on March 2. “We need to find the right people and the right nominees. Hopefully, we’ll have news on that in the coming weeks, but I don’t have anything to preview for you, unfortunately, on personnel.”

The Senate Homeland Security Committee is ready to move on any nominees. A source close to Chairman Gary Peters told RCP that the senator is “committed to working with President Biden to get qualified, Senate-confirmed nominees in place quickly as they are nominated.”

The president has remained relatively silent about the situation at the border. Asked whether he plans to visit there, Biden told reporters at the White House, “Not at the moment.” Then he walked to Marine One to start the first leg of a tour touting his recently passed American Rescue Plan Act. The White House has remained focused on beating back the pandemic and reviving the economy, or as Biden recently summarized, getting “shots in arms and money in pockets.”

(In an interview with ABC News that aired Tuesday evening, the president said migrants are mistaken about the message he’s sending. “I can say quite clearly: Don’t come over. Don’t leave your town or city or community” for the United States at this time.)

When asked if the vacancies made the situation more difficult, a DHS spokesperson told RCP that “there are officials serving in those roles in an acting capacity.” Halfway into his first 100 days then, Biden is relying on unconfirmed officials, not unlike his predecessor. Trump made headlines with his preference for acting secretaries. He often skipped the Senate confirmation process, raising constitutional questions and transparency concerns.

“Auditioning for a job may not be the best way to do that job,” wrote Carrie Cordero, a senior fellow at Center for a New American Security, and Joshua A. Geltzer, then a visiting professor of law at Georgetown University.

“While acting secretaries are generally able to exercise the technical legal authorities of their positions, they don’t have the same practical ability to … drive change within their organizations internally or raise issues for congressional attention. And that’s bad for U.S. national security,” the pair concluded.

Cordero was unavailable Tuesday for comment. Geltzer joined the Biden White House in February as a special assistant to the president. He advises on issues of homeland security.