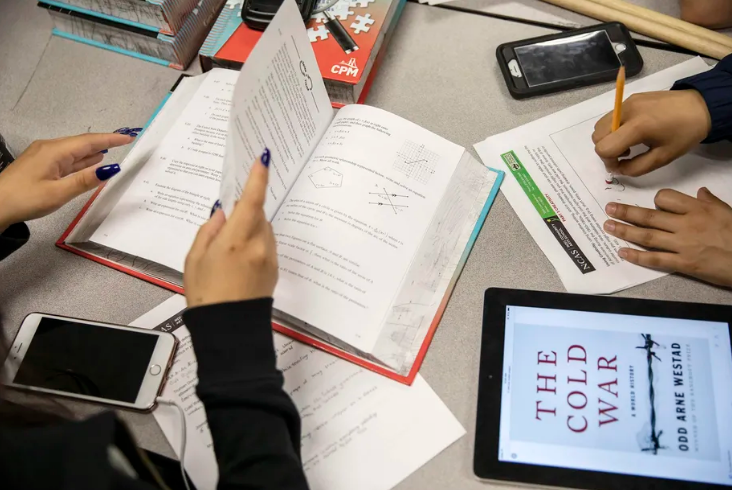 A bill that would launch a far-reaching audit of Colorado’s school accountability system cleared its first legislative hurdle Thursday, despite concerns from some advocacy groups that the questions it asks are too vague and won’t produce valid results.

House Bill 1294, sponsored by Democratic state Reps. Shannon Bird of Westminster and Serena Gonzales-Gutierrez of Denver, calls for an independent third-party audit to determine whether the school accountability system is meeting its goals of improving student achievement, whether it allows for fair comparisons among schools, and whether it perpetuates bias.

“We’ve got 10 years worth of data,” Bird said. “It is high time and good governance to make sure that critical policy operates the way we want it to.”

A series of superintendents, school board members, teachers, and parents told the House Education Committee that the current system is a blunt instrument that doesn’t accurately reflect the work being done in schools. They said it stigmatizes schools serving students of color from low-income families who tend to do worse on standardized tests than do middle-class white students.

“I have seen firsthand how this accountability system targets neighborhood schools and our students of color,” said Germaine Padberg-Ludlow, a Denver elementary teacher and member of Coloradans for the Common Good, a coalition of community, union and faith groups supporting the audit.

Padberg-Ludlow previously taught at Denver’s John Amesse Elementary School, which was closed and then reopened with new leadership over the objections of parents and teachers. At the time, Denver Public Schools had its own rating system and a more aggressive school closure process than required by state law. She said the system drives teacher turnover, forcing students to build new relationships and widening achievement gaps.

The bill is a top priority of the Colorado Association of School Executives, which represents superintendents.

CASE Director Bret Miles said his members have diverse views, with some using the system to create a sense of urgency, some experimenting with new approaches, and others wanting to start over, but all support the bill.

“The system only works when we have faith in the system,” he said. “Regardless of anyone’s view, that it’s working perfectly, it’s totally broken, it has some unintended consequences and needs some tweaks, why wouldn’t you want that evaluated?”

Supporters of the bill also said the focus on raising test scores had impoverished the educational experience, causing children to miss out on art, music, physical education, and project-based learning.

Many education advocacy groups said they support the idea of an audit but the specific guidelines in the bill miss the mark. They also raised concerns about conducting the audit during a time when there has been a large gap in testing.

“We will only be able to do this work and adjustment if we receive correct information,” said Jen Walmer, state director of Democrats for Education Reform.

She said a data-driven accountability system is an essential part of the education system, and it’s time for a review. At the same time, the questions laid out in the bill are too broad and unclear.

“There are sections that seem to insinuate that achievement gaps are statistical errors, that correlation leads to causation, when we know there are so many issues that contribute to achievement gaps in our schools: lack of opportunity, low expectations, systemic racism, to name just a few,” Walmer said.

The Colorado State Board of Education, which oversees the accountability system, also wants to see changes to the bill. State Board Member Rebecca McClellan said members were particularly concerned about a section that asks the auditor to examine whether the accountability system and assessments “maintain institutional or cultural biases” based on student or family race, ethnicity, religion, disability status, or economic position.

“We’ve heard loud and clear the concern from students and parents that there may be bias in the system. This bill can and should look for bias, but we need to look in the right places,” McClellan said. “To determine if there are biases, we need to look deeper than achievement, growth, and postsecondary outcomes. Those may just tell us about correlations we are already aware of. We need to be explicit about listing where biases may exist, in the standards, the assessments, and the weighting.”

The House Education Committee voted 7 to 2 to advance the bill with an amendment saying the audit would not study the teacher evaluation system. Republicans state Reps. Colin Larson and Tim Geitner voted no.

Larson, of Littleton, said he was concerned that supporters of the audit have predetermined the outcome and that inequities in how students are served will be mistaken for bias in the accountability system.

“I’m concerned that we’re getting angry at the doctor for telling us we have strep throat,” he said. “Getting distracted by the accountability system rather than why are these scores stagnant, why are our children not able to make any progress, best case this is a diversion of resources and a diversion of time.”

The bill goes next to the House Appropriations Committee.

Legislative analysts estimate the audit would cost $450,000. If the bill becomes law, it would direct the audit to be completed by November 2022.