Please ensure Javascript is enabled for purposes of website accessibility Black Lives Matter group says Denver school board member sexually assaulted a woman. He says: ‘I have not sexually assaulted anyone’ - THE CHICAGO HERALD Press "Enter" to skip to content 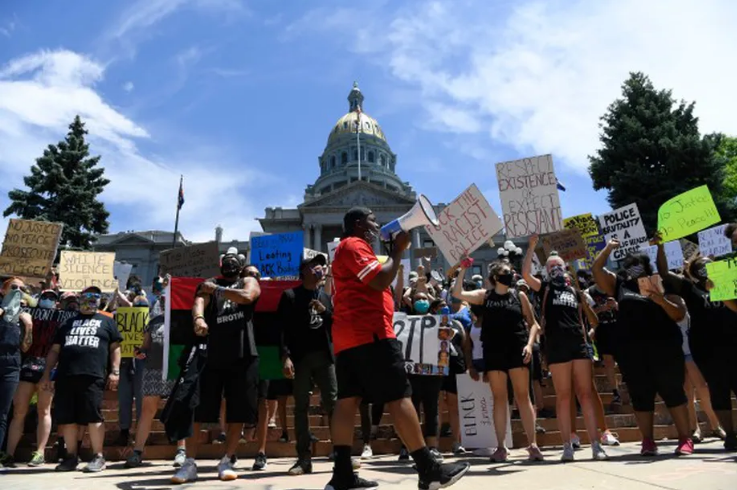 Denver school board member Tay Anderson has denied an accusation leveled by the activist organization Black Lives Matter 5280 that he sexually assaulted a woman.

In a statement issued Saturday morning, Anderson also asked for more information about the accusations and expressed a desire to be “accountable to the community I serve.”

On Friday, Black Lives Matter 5280 issued a statement saying a woman approached the group in February to say Anderson had sexually assaulted her.  The statement said Anderson is not welcome at the group’s meetings or events until he takes certain steps to be accountable.

“At the request of the alleged survivor, we are publicly sharing this information in hopes of ensuring her and all of our safety and well-being,” the statement said. The organization said the accusations have not gone through a “formal legal process,” but the group is committed to “protecting, uplifting, and believing Black women, decidedly as it relates to sexual violence.”

The statement said the accuser wants to remain anonymous and asked that people respect her boundaries. The organization — the Denver chapter of a decentralized national movement to address racism and anti-Black violence — said the accuser wants Anderson to make a public apology and seek assistance from a licensed professional with relevant expertise.

Until Anderson takes those steps, “he will not be welcome to share space with BLM5280 physically or on any of our platforms,” the statement says.

After initially declining to comment Friday, Anderson issued a statement Saturday morning that denied the accusations and expressed hurt that he had not been approached privately about them.

The Denver school board released a statement later Saturday saying that the school district “honors and values the voices of individuals who courageously bring forward reports or allegations of sexual misconduct” and that at this point “the Board has confirmed that there is no pending criminal investigation or charge.”

“These allegations are very serious and the Board will need to ensure that those involved, whether bringing or responding to a concern, are treated fairly and with due process,” the statement said. “Sharing an experience of sexual assault is extremely difficult, and we honor the way any individual chooses to share their personal story.”

The statement — signed by Anderson’s six fellow board members — said the board will review any additional information it receives immediately and consider appropriate next steps.

Anderson, 22, was elected to the Denver school board in 2019. He is a Denver Public Schools graduate and worked for the school district as a restorative practices coordinator before he was elected. He left that job because board members cannot be employed by the district.

Anderson has also long been an activist in the Black Lives Matter movement, organizing and leading protests and rallies since he was a student at Denver’s Manual High School. Last summer, he helped lead protests against racism and police brutality in the wake of the death of George Floyd, a Black man killed by a white police officer in Minneapolis.

As a school board member, Anderson helped lead a successful effort to remove police officers from schools. He has also championed all-gender restrooms, advocated for gun safety measures, and pushed the district to make free menstrual products available in schools.

Anderson frequently has been the target of intense criticism, usually from conservatives, for his activism and outspoken social media presence.

In his response, Anderson lamented that there was no first name, date, or other details that would allow him to respond to the allegations with specifics. He said he was “unclear why BLM5280 thinks this approach is in the spirit of restorative/transformative justice as they claim.”

“Our community deserves leadership that is willing to welcome restorative practices and conversations that address, repair, and affirm our commitment to ending sexual assault and sexual violence,” he said. “I want to be a part of that conversation and accountable to the community I serve. Until I and the broader community have more comprehensive information, I cannot take the actions requested in the BLM5280 statement or address conduct I have no knowledge of.”