Please ensure Javascript is enabled for purposes of website accessibility Borough Presidents’ Offices Are Up for Grabs. Here’s Why NYC’s Mini-Mayors Matter - THE CHICAGO HERALD Press "Enter" to skip to content

Home » Borough Presidents’ Offices Are Up for Grabs. Here’s Why NYC’s Mini-Mayors Matter 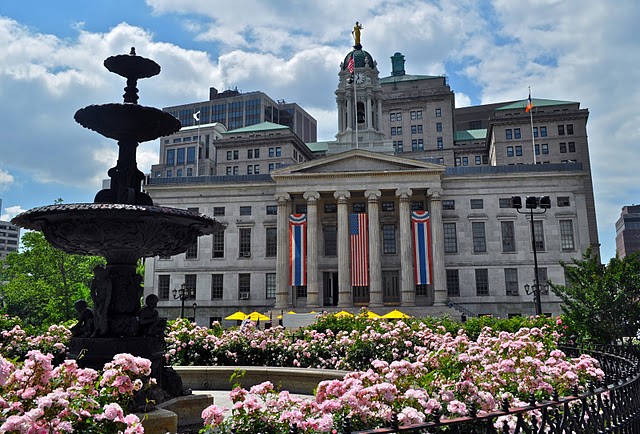 Borough Presidents’ Offices Are Up for Grabs. Here’s Why NYC’s Mini-Mayors Matter

Here’s what you need to know about borough presidents and how they can help you. They’re more than just cheerleaders — ask former Brooklyn ‘Beep’ Marty Markowitz

Enough about the mayor’s race! Let’s take a break and focus instead on New York’s five mini-mayors, and the influence they have to shape your neighborhood.

Yup, we’re talking about the city’s borough presidents — because a surprising number of readers of our Civic Newsroom newsletter have expressed curiosity about the position. All five BPs (aka Beeps!) are up for election this year, and they have more power than you may think.

We also wrote a guide on who is running for the job in each borough. But what do they do when they get there — and why should you care?

Borough presidents have input on big development deals, can introduce bills in the City Council and give money to all kinds of projects in the community. They also appoint members of your local community board, which can sway decisions on everything from liquor licenses to bike lanes to homeless shelters.

To more fully explain the role of BP, we talked to two experts with experience: Marty Markowitz, who served as Brooklyn’s borough president between 2002 and 2013, and Aldrin Bonilla, who was deputy borough president in Manhattan from 2014 until last year.

Why a borough president is important

Borough presidents used to have much more power — when they were members of the powerful Board of Estimate. But since that structure was struck down by the Supreme Court in 1989, followed by the 1990 City Charter revision, the job has become something else, Markowitz noted.

“It went from an actual, meaningful position — I’m not minimizing it, but nonetheless, it’s true — to a position more or less advocacy, promotion, collaboration, goodwill, public relations, an incubator of ideas,” he said.

When they had a seat at the table of the Board of Estimate, BPs had direct sway over the city budget, land use decisions, city contracts and many other things. Now, their Charter-mandated job description has been whittled down to a more advisory role, with input on development deals, community boards and neighborhood-level funding.

Bonilla often hears borough presidents described as cheerleaders for their boroughs — the person who does the ribbon-cutting or holds a rally about an issue. But to him, they’re really a “convener in chief.”

That means gathering people together to tackle an issue — for example, the task force Manhattan Borough President Gale Brewer created to help struggling churches deal with pressure to cash out and sell their buildings — or distilling local opinions into formal recommendations for often-controversial real estate and construction projects.

“The power is in finding consensus, and aggregating the preferences of disparate viewpoints … so that the final resolution advances the community’s interests in significant ways,” Bonilla said.

While there are important, Charter-mandated responsibilities of the office, a good, civic-minded borough president has room to shape the role.

“You can make it what you want,” said Markowitz. “You could absolutely just put out press releases. You could just offer ideas that go absolutely nowhere and have no chance. Or you can use it as a stepping stone for greatness.”

If they’re good at the job, a borough president also responds to community complaints, elevates problems to those who can help or tackles issues directly with their staff.

“If you’ve got a beef with government, it’s easier to access the office of borough president — even to get to the borough president, if you’re a person who’s open and don’t close yourself off — than it is to a mayor,” Markowitz said.

Here are the major parts of a BP’s job description, per the City Charter:

Give formal recommendations on big real estate development decisions that go through the “uniform land use review procedure,” known as ULURP. (Curbed wrote a good piece on what ULURP is here.)

The BP’s input on land use and zoning proposals are advisory and non-binding, which means they don’t directly factor into the final up-down vote. But a borough president’s opinion can help the City Council in negotiations with a developer, Bonilla noted. For example, the BP could be an influential voice in pushing a builder to increase the percentage of affordable units within a project.

Manage an annual budget of millions of dollars to dole out funds to schools, parks, local nonprofits and community groups in the borough.

“That’s how we help libraries get their elevators to be [Americans with Disabilities Act] compliant, and nursing centers to get a ramp redone, schools to get iPads and smartboards,” Bonilla said.

Community groups, nonprofits and individuals can apply for funding, and some of the borough president offices have published how they doled out their budgets in past years. Here’s where to access more information about that in The Bronx, Brooklyn, Manhattan, Queens and Staten Island.

Introduce legislation to the City Council.

However, if the Council takes up their bill, a BP can’t vote on it.

All community board members serve a two-year staggered term, meaning about half the board can be replaced every year. City Council members can recommend people for those seats, but borough presidents have the final say on who makes the cut.

Here are just a few examples of how borough presidents have used their power to shape the city:

So, who wants to run my borough?

As many people filed papers to run papers for borough president as there are for mayor — more than 40. There are six candidates running in The Bronx, 14 in Brooklyn, eight in Manhattan, six in Queens and nine in Staten Island.

You can read about your candidates here in our guide.

Wait, but what is a community board? And why do they matter right now?

Well, when it comes to city government, election year or not, everything is connected. And if you want to get something done in your neighborhood, it’s good to know how it all fits together.

How many boards there are: The 59 community boards in New York City are essentially the first level of local government — the most hyperlocal municipal body, made up of volunteers who deal with neighborhood-level issues.

Who they represent: Each board represents roughly between one and four neighborhoods, and runs with its all-volunteer members and a small handful of paid staff.

What they do: A board’s main duties are to support or reject local projects and proposals of all kinds — including new bike lanes, park renovations, liquor licenses for new restaurants, affordable housing plans or the opening of a homeless shelter. The boards convene monthly meetings (committees on health, housing, parks and crime are common) and vote to support or reject resolutions on the items up for consideration.

The more controversial the topic, the more fiery the meeting.

“A big fault line is between bicyclists and car drivers. Those get pretty contentious. I’ve seen fisticuffs from those … even more than the charter school-public school divide,” Bonilla said.

No matter how much fighting happens at the board, or whether the members vote to support or reject a proposal, the group’s input is just that — non-binding, advisory input.

Non-binding but vibing: But even if it’s non-binding, the tone and temper of the board’s reaction can have a big influence. For example, the city Department of Transportation does not often implement a new bike lane without the local board’s approval. Or, the State Liquor Authority may reject a new liquor license because of a strong disapproval vote from a board.

How a board will consider and react depends on its members — all chosen by the borough president, who has a lot of freedom about how to decide.

“This is an area where borough presidents can really put their stamp,” Bonilla said.

THE CITY has reported that boards overall have not reflected the racial composition, gender or age demographics of the boroughs they represent. They tend to be whiter, more male and older than their neighborhoods, our analysis of demographic data from the boards found.

One more reason to care about Community Boards?

Your future City Council member may be there.

Bonilla noted that community boards are often the place where future elected officials’ careers are born.

“The community board is where, if you reverse engineer city politics … 70% of people start from,” he said. “It’s a big launching pad.”

You can find your community board and see when meetings are by searching your address here.

Got some time? Here are some campaign events this week:

This article was originally posted on Borough Presidents’ Offices Are Up for Grabs. Here’s Why NYC’s Mini-Mayors Matter