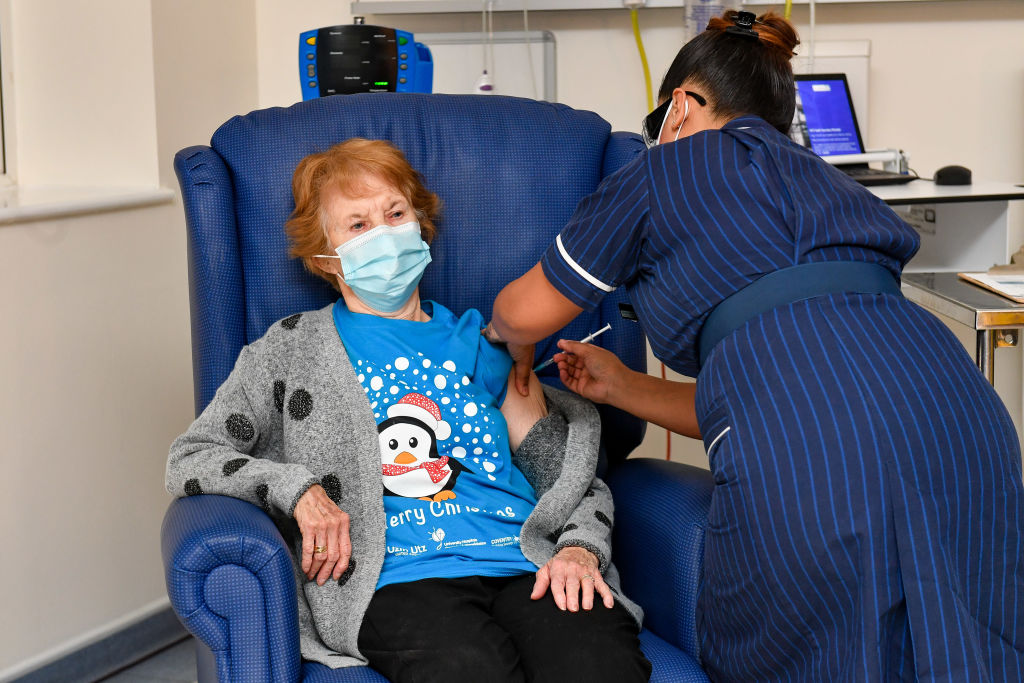 With the UK on track to vaccinate all its priority groups with a first dose by mid-April, the target date for getting an initial vaccine to the rest of the British population has been brought forward by a month, to the end of July.

In conjunction with this, prime minister Boris Johnson has revealed his plan to bring the country out of lockdown. Although slow and cautious, the roadmap is broadly sensible, a panel of experts told The Conversation. It is split into four stages, and moving from each onto the next will rely on vaccine rollout continuing to go to plan. On this front, the current signs are positive.

Indeed, rollout so far has been tremendously successful. There are several reasons for this, explain Sarah Schliffling and Liz Breen. Partly, it’s down to good decision making and investment, both early on in the pandemic – quickly placing orders for many of the promising vaccines being developed – and also before this all began. The UK’s historic investment in vaccine manufacturing and development is now paying off.

In the US, the Johnson & Johnson vaccine is on the cusp of being authorised, which bodes well for speeding up the UK’s rollout further still down the line – Britain has 30 million doses on order. This vaccine could also be a real boost to raising coverage around the world, as it relies on just a single shot, explains Sarah Pitt, Principal Lecturer in Microbiology at the University of Brighton – meaning people can gain full protection quicker.This is our weekly round-up of expert information about the

Outside of the UK, the Covax vaccine-sharing initiative has made its first delivery, with 600,000 doses arriving in Ghana on February 24. But for many other nations Covax deliveries are still a way off, and the coverage they will offer will be limited.

In this climate, countries with large supplies have spotted an opportunity to enhance their soft power abroad by supplying others with doses. China and Russia are the most obvious nations pursuing this sort of “vaccine diplomacy”, writes Michael Jennings, Reader in International Development at SOAS, but India also appears to be using vaccines to cement relationships with its neighbours.

It’s perhaps a reminder that when demand for vaccines is high, the opportunistic may attempt to exploit the needy. This happened in 1959, when Montreal’s entire stock of polio vaccines was stolen, explains Paula Larsson of the University of Oxford. It’s a lesson that vaccine black markets could potentially arise today, and also an indication of what can go wrong when you rely on just one source of medicines – thankfully something that the UK’s vaccine programme has avoided.