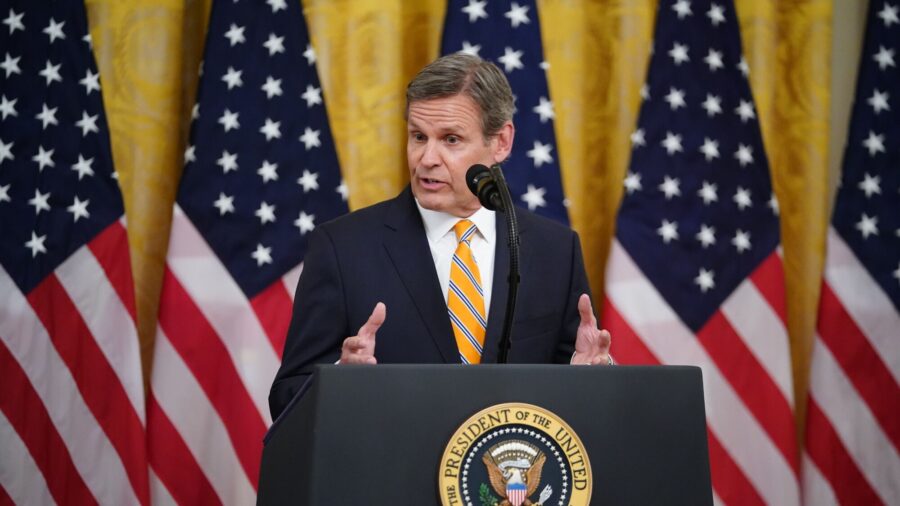 Declaring he wants to solve Tennessee’s broadband dilemma once and for all, Gov. Bill Lee proposed spending $200 million to close internet service gaps, an investment that he says will benefit students as well as the economy.

The plan is part of a $41.8 billion proposed budget the Republican governor unveiled Monday during his annual State of the State Address at the Capitol in Nashville. The proposal for the fiscal year starting July 1 includes almost $342 million more for K-12 education than allocated in the current year’s budget.

“A significant, one-time investment, combined with significant private investment, will get broadband to just about every community in Tennessee, and tonight, that’s exactly what I’m proposing,” Lee said during a joint session of the Tennessee General Assembly.

And he’s requesting $29 million to start a school voucher program this fall should the Tennessee Supreme Court side with his administration and restore a 2019 voucher law overturned last spring. The high court agreed last week to take on the case.

Teacher pay and literacy were the biggest-ticket new items for education. The governor proposed a 4% increase toward educator compensation at a cost of $120 million, plus an additional $110 million to support new phonics-based reading initiatives his education chief, Penny Schwinn, announced last month. Lee also is seeking $24 million to help charter school operators with their building costs.

Lee’s spending plan would maintain funding for public schools through its complex formula known as the Basic Education Program — and set aside another $20 million to help offset this year’s statewide enrollment decline during the pandemic. But it’s uncertain if that amount would cover what is needed, since next year’s funding is largely based on this year’s enrollment. Last fall, enrollment was down by 33,000, according to the Tennessee Department of Education.

Democrats and Tennessee’s largest teacher organization had urged Lee to go bigger toward public education this year. After reviewing his proposals, they were disappointed he asked for more new money for capital improvements — $931 million in all — than for education. The governor also wants to add $50 million to get the state’s rainy day fund to a record $1.5 billion.

“Tennessee ranks 46th in the nation for student funding, and Tennessee teachers earn less today than they did a decade ago after inflation,” said Hendrell Remus, chairman of the Tennessee Democratic Caucus. He called Lee’s proposed teacher increase “an insult to educators.”

The president of the Tennessee Education Association praised Lee’s broadband proposal, but not his overall education budget.

“Long before the pandemic hit our state, our public schools were already suffering under a plague of chronic underfunding,” said Beth Brown, noting an urgent need for more school counselors, social workers, nurses, librarians and support staff. “It is irresponsible and harmful to Tennessee children for Gov. Lee to continue this pattern of insufficient state investment in our schools, especially at a time when Tennessee has the largest revenue surpluses in state history.”

Aides described the governor’s spending plan as “cautiously optimistic” as the pandemic continues. Last year, the emerging virus prompted Lee to roll back many of his education proposals, including a $250 million trust fund to support and grow mental health services for students in Tennessee’s highest-risk schools. This year, Lee is proposing $6.5 million in recurring funding toward student mental health.

The legislature will decide whether he gets his wish list. Lawmakers reconvened their regular session this week following a four-day special session on education last month. They’ll vote on a final budget before adjourning this spring.