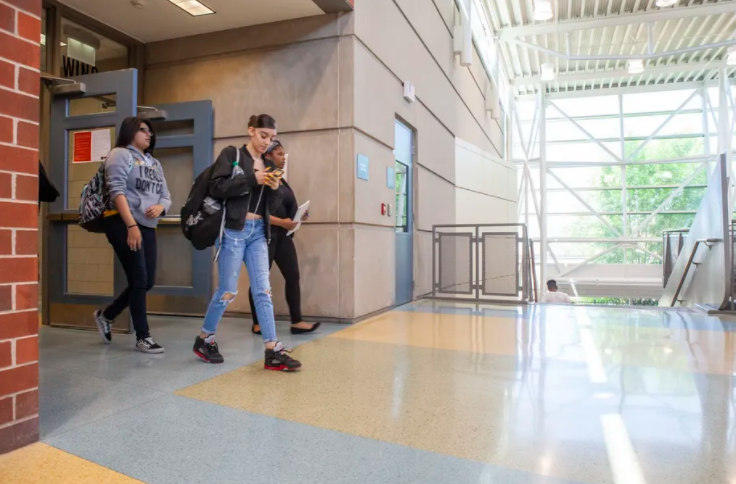 Chicago will pour an additional $225 million into its school budgets for next school year as it moves to address the pandemic’s upheaval and resume full-time in-person learning on all campuses in the fall, the district announced Wednesday.

Of that, the district said schools will receive $85 million to address recovery from the pandemic. Principals will have leeway to use most of the money to support students’ academic needs, with some dollars earmarked for out-of-school enrichment opportunities and some going to charter schools.

Another $32 million will go to about 260 schools to offset the financial losses they would have experienced because of enrollment declines. Under the district’s student-based budgeting formula, a loss of students can significantly impact a campus budget, and Chicago reported its steepest enrollment loss in two decades this past fall.

The $225 million is dwarfed by the nearly $3 billion total in federal emergency funding it received across three stimulus efforts. But district officials stressed that they are also preparing to unveil a far-reaching plan to recover from the academic disruption the COVID-19 crisis has brought — what they described as a “historic investment” on top of the school budget hikes.

The district is also increasing the amount of its equity grants to $44 million. In previous years, the district had largely used these grants to help campuses with slipping enrollment but recently broadened their scope to support schools in communities grappling with economic strain and other needs.

Chicago releases its budgeting in two phases, with a springtime look at school-level spending that first signals district priorities and then its overall budget later in the year. The district said nearly 95% of its campuses will see a budget increase next year. School-level budgets make up about 60% of the district’s $6.9 billion operating budget.

“We truly believe this is the first of many steps to begin the recovery process,” district CEO Janice Jackson said in a virtual press conference with fellow district leaders. She added, “The great news is that there is more to come, so stay tuned.”

The district said its plan to address the pandemic’s academic fallout will involve intensive tutoring and mentoring, mental health support, new technology, an expanded summer school program and more, with additional details to be released in the coming weeks. Jackson balked at discussing its price tag, saying the district is still consulting with principals and others. She said a comprehensive plan — rather than pushing more of the federal funds to schools to be spent more flexibly by their leaders — allows the district to stay focused on the stimulus funding’s goals: reopen schools, address potential learning fallout from school closures and plug budget holes.

The district says it is gearing up to offer full-time in-person instruction in all schools in the fall, but students who want to continue learning virtually will have that option.

In recent years, some educators and other critics have assailed the district’s funding approach, which bases the bulk of individual school budgets on their enrollments. They have said it sends schools in areas of the city that have faced historic disinvestment into vicious cycles of losing enrollment, cutting programs and as a result losing more of their students to other campuses. But Jackson stressed that while student-based budgeting remains the norm, the district has stepped up efforts to more fairly distribute funds to schools that serve student bodies with higher needs.

“We are allocating these new dollars in a much more equitable way than we have ever done in the past,” she said. “The problem isn’t the tool or the methodology; the problem is that we have limited funding.”

Chicago also plans to spend $17 million to hire 78 additional nurses, 44 social workers and 51 special education case managers for next school year. That will bring the numbers of those key support positions to 504 nurses, 580 social workers and about 214 case managers districtwide — a record high, but still shy of a goal of a nurse and social worker in each school that the district and its teachers union set during contentious contract negotiations in 2019.

Peter Auffant, the principal at Mather High School in the city’s West Ridge neighborhood, who spoke at the press conference, said his school will receive about $325,000 in flexible dollars to address pandemic needs next fall. Some of the money will go toward supporting students during the school day and improving attendance; the school hopes to use the dollars earmarked for out-of-school programs to re-engage students who have tuned out virtual learning.

“Without question, it has been challenging,” Auffant said, but added that receiving budget information in April will allow his school and others to craft a strong plan for next fall.

Fatima Cooke, the principal of Sumner Math & Science Community Academy on the West Side, said the school lost three-quarters of its pre-K enrollment amid the pandemic. About $110,000 the school is receiving to make up for that and other enrollment losses will help avert cuts to staff and programs, she said.

“It’s been awesome to have Sumner students back in recent months, and we look forward to having many more in the fall,” she said.