Home » Citing understaffing and allegations of abuse of students, Illinois will remove students from private facility 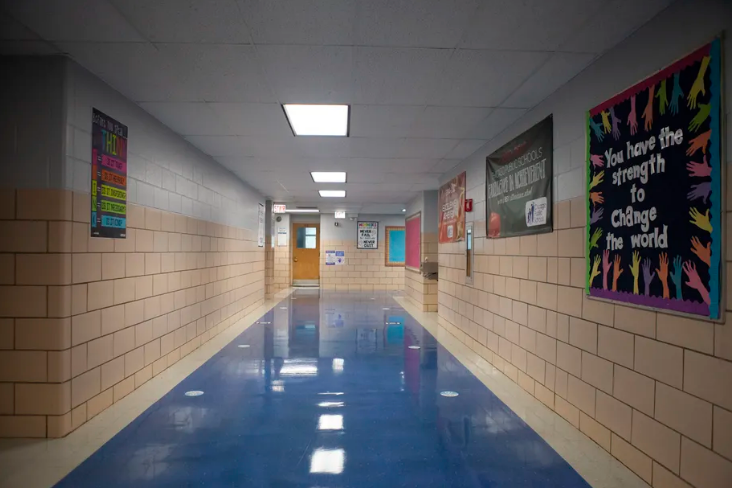 Citing understaffing and allegations of abuse of students, Illinois will remove students from private facility

The Illinois State Board of Education will sever its relationship with a therapeutic day school in Aurora after an investigation revealed understaffing and mistreatment of students with disabilities.

The state board of education announced in a press release on Friday that it will make school districts relocate students from Northern Illinois Academy, an 87-bed private youth residential program facility and therapeutic day school in Aurora, to another state-approved facility following a report by Equip for Equality, an advocacy organization for people with disabilities.

Earlier this month, a report found that Northern Illinois Academy was understaffed, failed to report incidents of abuse or neglect, improperly used seclusion and isolated time-out, and lacked treatment goals to help transition students back to their districts. The conclusions were based on a mix of testimony from students and their family members, on-site monitoring throughout the review, and interviews with staff.

State school’s chief Carmen Ayala called the report “deeply troubling.” The state will be revoking approval of the facility and help school districts transition their students to another state-approved facility.

“All children deserve to be educated by qualified, trained, and compassionate adults with the individualized support they require,” Ayala said. “Removing approval from this facility holds NIA accountable and ensures a better future for the children who have been in their care.”

After a ProPublica/Chicago Tribune joint investigation spotlighted the practice of seclusion and restraint, there has been more scrutiny of how schools treat children with disabilities in Illinois in recent years. State legislators have introduced a bill during this session to ban time-outs and restraints.

Currently 17 students from districts throughout the state are placed at the facility. Districts, which are responsible for assigning students to day schools, are required to find an alternative placement for those students in order to continue receiving state funds.

As a result of the report findings, school districts will not be able to place students at Northern Illinois Academy for education services as of August 6. In January, the Centers for Medicare and Medicaid Services terminated the facility’s certification as a psychiatric residential treatment facility.

The state board of education placed Northern Illinois Academy under probation in December 2020 and halted additional placements to the facility due to ongoing complaints. The state board of education developed a corrective action plan for the facility and conducted on-site monitoring. The board commissioned Equip for Equality to do a review after continuing to receive complaints during the ongoing corrective action.

This article was originally posted on Citing understaffing and allegations of abuse of students, Illinois will remove students from private facility