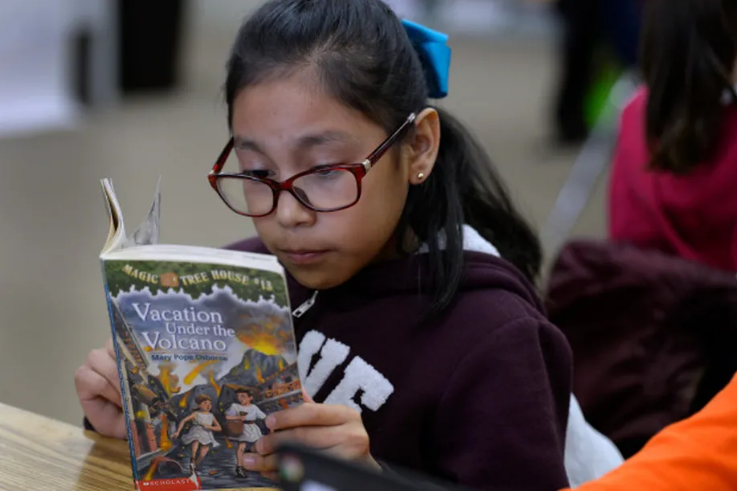 Colorado parents would have an easier time finding out how their children’s schools teach reading under a bill that received committee approval this week.

At the same time, lawmakers are poised to give teachers more time to complete training on the best ways to teach children to read, and next week, they’ll take up a bill that would make it easier for school districts to buy curriculum that hasn’t been approved by the state.

The three reading-related bills reflect ongoing tension between the state’s sense of urgency in improving low reading proficiency rates on one hand, and local control and pandemic pressures on the other.

The training bill, which passed the House on Tuesday and now heads to the Senate, will give 23,000 early elementary teachers an extra six months to complete 45 hours of mandatory training on reading instruction — until the beginning of the 2022-23 school year. The extension will allow districts to receive state money earmarked for struggling readers for that year.

The second bill, passed by the Senate Education committee on Thursday, will require districts to publicly post information on how they teach reading, including which curriculum each school uses and how the district spends state money earmarked to help struggling readers.

The two bills have drawn varied feedback from lawmakers, but both appear likely to become law.  The bills address recent efforts to improve reading instruction in Colorado, a movement that’s gained steam in recent years after lawmakers and advocates grew increasingly frustrated with the state’s low literacy scores.

The training extension bill responds to ongoing pressure from educators and district leaders to give teachers more time, given the stress of the coronavirus pandemic. The bill adds on to the State Board of Education’s previous six-month extension.

Bill supporters said educators need flexibility this year. Opponents, however, said the requirement predates the pandemic and is sorely needed to ensure students are learning.

But the state didn’t release its list of approved training options, which include free state-funded online classes, until after the pandemic hit, so teachers have actually had less than a year to complete the training.

“The fact that COVID happened in the second year of that window is unfortunate,” he said. “But I don’t know that it rises to the level of us being able to say you just didn’t have time to get this done.”

So far, about 13,000 teachers — more than half of those who must meet the requirement — have registered for or begun free state-funded training on reading, according to state education officials.

The curriculum transparency bill represents a second attempt to make school districts better inform parents about how reading is taught at every school. It comes a year after a similar bill died in the legislature.

Republican and Democratic lawmakers unanimously approved the bill in the Senate Education Committee. During testimony, bill advocates said more transparency will allow parents to more easily access information from their schools to help children at home.

COKID Co-chair Karin Johnson, whose organization advocates on behalf of students with dyslexia, said the bill will also hold schools accountable for what children are taught.

Both the Colorado Association of School Executives and the Colorado Department of Education support the bill.

Stand for Children Executive Director Krista Spurgin said, “There’s no reason that we shouldn’t take the time to inform communities of how we’re doing and what tools we’re using,” Spurgin said. “It is just such an easy step to take.”

Chalkbeat investigations over the last year reveal a huge variety of reading curriculums in use, often different programs at schools a few miles apart. Leaders in one metro Denver district said they didn’t know what schools were using to teach reading because they had never compiled such a list until Chalkbeat requested it.

The transparency bill asks districts to post online information that districts already submit to the Colorado Department of Education. State education officials have said they’ll post the information online starting later this spring, but it’s unclear how easy it will be to navigate.

Lawmakers will hear another reading bill, granting districts flexibility to use unapproved curriculum, in the House Education Committee on March 31. That bill has a single Republican sponsor in a Democratic-controlled legislature and faces an uphill battle.

The state’s list of approved core curriculum — a comprehensive program used for whole-class instruction — includes about a dozen choices, several of them big-name programs put out by well-known publishers. But the state also rejected several core reading curriculums because they use discredited methods.

Geitner’s bill speaks to the desire of some school districts to retain full control over their curriculum choices as the state seeks to ensure all children receive instruction grounded in research on reading.