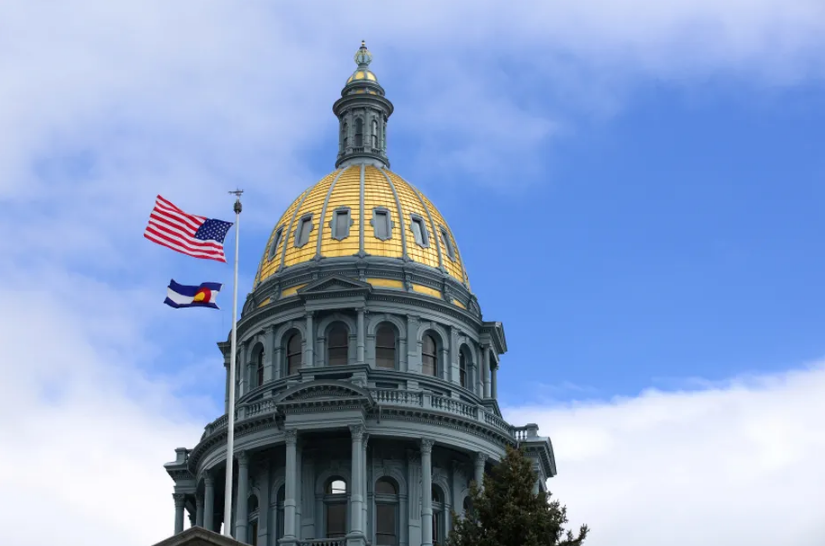 Colorado’s $34.1 billion proposed state budget restores deep cuts made last year to K-12 and higher education, provides more money to help students who have traditionally struggled to complete college, and creates a substantial reserve for K-12 schools that could lay the groundwork for future reforms — if it’s not needed to weather a prolonged recovery.

The proposed fiscal year 2021-22 state budget, introduced in the Colorado General Assembly Monday, stands in stark contrast to the severe austerity of last year’s budget document. A year ago, Colorado was under stay-at-home orders as it battled the first wave of the coronavirus pandemic, and lawmakers had to fill a $3 billion budget hole.

But while the economic impacts of COVID have been severe, Colorado collected much more tax revenue than budget writers had expected. Much of that money was rolled over and is now available for the coming fiscal year.

The proposed budget, a 10.7% increase from this year, includes new funding for Medicaid, transportation needs, and the state pension system on which retired school employees rely. It also creates a 13.5% reserve, nearly double the previous reserve, a recognition that Colorado’s economy isn’t out of the woods yet.

For both K-12 schools and higher education, the budget returns spending to pre-COVID levels.

“This is largely bringing us back to 2019-20, where we were before the pandemic hit,” said Joint Budget Committee Chair Sen. Dominick Moreno, a Commerce City Democrat. “I wouldn’t say this is significantly moving the ball down the court.”

But Moreno noted two important exceptions: $100.3 million targeted at college students from low-income and first-generation backgrounds and a proposed $560 million reserve in the state education fund.

Students who are the first in their families to attend college have been more likely to put their plans on hold during the pandemic due to family responsibilities and economic hardships, and lawmakers and college leaders want to do more to help them stay on track.

The reserve in the state education fund, meanwhile, has two potential uses. It could prevent cuts if revenue declines in coming years, given that the 2021-22 budget is supported largely by money rolled over from this year. It could also be used to facilitate long-sought changes to Colorado’s school finance formula.

Many legislators, education advocates, and even district leaders agree that the way the state distributes money to K-12 schools is unfair and doesn’t provide enough aid to districts with large numbers of students in poverty. But efforts to change the formula have foundered because some districts would get less money if the formula is changed without a big increase in overall K-12 spending.

The state education fund typically ends the year with about $100 million left over, but this budget and a companion bill would result in $560 million left over in the fund. That money could smooth the transition to a new school finance formula.

Moreno called the discussions about a new formula “very early and preliminary” — and dependent on the bigger economic picture — but the move is in line with priorities named by Gov. Jared Polis in his State of the State address.

State Rep. Julie McCluskie, a Dillon Democrat who serves on the Joint Budget Committee and previously chaired a special committee on school finance reform, said any effort to change the formula would happen slowly and with care and only if overall school funding were secure.

“It’s just as important that we protect the investments we’ve made so far as anything else,” she said.

The proposed budget calls for $7.8 billion in spending on K-12 education, an 8.7% increase from 2020-21. Almost $5 billion would come from the state, with the rest covered by school districts. School districts would get $8,857 per pupil on average, a 9.7% increase.

Colorado’s constitution requires that K-12 spending increase by population and inflation each year, but lawmakers withhold funds to pay for other priorities. This amount, known as the budget stabilization factor, ballooned to $1.2 billion last year, but the 2021-22 budget would hold back only $572 million, the same amount as in 2019-20.

The budget also calls for $351 million, a 2% increase, to partially cover extra costs districts incur to educate students with disabilities, those learning English, and gifted and talented students, among others.

In addition, it returns $100 million to a fund that helps cash-strapped districts with construction projects and restores $6.9 million for other grant programs that were defunded last year to prevent even deeper cuts to base school budgets.

“We were devastated last year,” McCluskie said. “This year was a bit of a redeeming moment to restore those cuts and make some investments in the future of Colorado. I think it’s exactly the right next step.”

Lawmakers will look to almost double the money sent to higher education institutions next year, restoring $494 million cut last year from higher education and adding $100.3 million more to support colleges and their students. The state also targeted funding for other miscellaneous items under the state’s higher education budgets, such as the restoration of funding for History Colorado and more money for the Fort Lewis College Native American tuition waiver.

In total, the budget calls for $1.2 billion in higher education spending for next year.

The large increase makes up for a 58% cut last year, though federal aid offset most of the reductions. Lawmakers said the decision was a one-time pandemic maneuver necessary to balance the budget.

The bill not only restores the cuts, keeping the promises made last year, but adds $100.3 million to increase higher education budgets statewide. About $41.8 million will be used to support the retention and recruitment of students of color and those who are low-income and first-generation. Another $40 million will be sent to governing boards based on the state’s funding formula, which looks at how well colleges and universities serve different populations of students. The rest will be allocated for grants, financial aid and scholarships.

The state will allow those institutions to raise tuition by 3%, with the exception of the University of Northern Colorado, which will be allowed to increase its tuition by up to 7%.

Total tuition revenue next year is projected to be well above this year. Many colleges across the state saw pandemic-related enrollment declines. The tuition hikes could help some higher education institutions recoup operational budget losses from decreased enrollment, although it will come at a cost to students who already pay high tuition.

Community College System Chancellor Joe Garcia said in a statement he’s “pleasantly surprised that the governor and the Joint Budget Committee not only restored the higher education funding level to the 2019-20 level but added significant new dollars, with a focus on the students who were most negatively affected by the pandemic.”

Lawmakers also plan to allocate millions for infrastructure at community colleges, including for maintenance and information technology upgrades, Garcia said.

The restoration of operational funding is intended to help community colleges weather any lasting dips in enrollment from the pandemic.

“While our needs remain substantial and fall enrollments are far from certain,” Garcia said. “We are pleased with the state’s demonstrated commitment to higher education quality, access, and affordability.”

The budget will be debated in the state Senate this week and in the state House next week. Typically, lawmakers of both parties bring numerous amendments, and they are likely to be tempted to reallocate portions of the spending proposal backed by the six-member Joint Budget Committee, including the substantial education reserves.

“The entire budget is going to be an exercise in fending off unsustainable spending,” he said. “The struggle will be explaining to our colleagues that we did as much as we can handle, but the more you commit to ongoing programs now, the more you jeopardize the structural integrity of the budget.”