Please ensure Javascript is enabled for purposes of website accessibility Court of Appeals rules in favor of Newsom; legislators appealing to California Supreme Court - THE CHICAGO HERALD Press "Enter" to skip to content 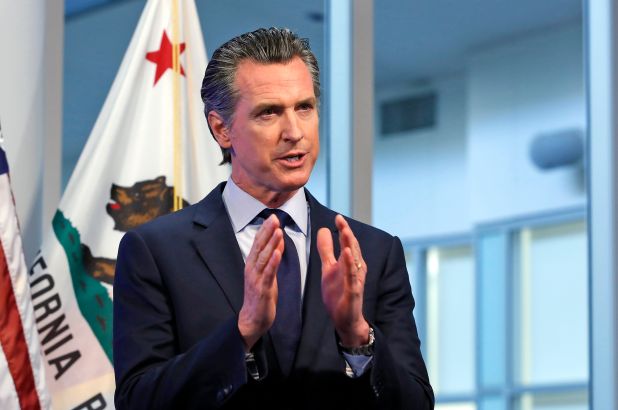 The legislators said they are appealing immediately to the California Supreme Court.

In the 23-page opinion, the appeals court sided with Republican state Assemblymen James Gallagher and Kevin Kiley on nearly every issue they raised, stating their case “raises matters of great public concern regarding the Governor’s orders in the ongoing COVID-19 pandemic emergency.”

However, they ultimately rejected the legislators’ request to rule that an executive order Newsom issued last year to change election law was null and void, and they vacated the lower court’s stay issued against Newsom on Nov. 24.

Sutter County Superior Court Judge Sarah Heckman had halted Newsom’s order to print and send mail-in ballots to 20 million registered voters and prohibited him from issuing any additional executive orders, which he ignored. Newsom asked Heckman to dismiss the case, and then appealed her ruling.

Justice Raye said Heckman “erred in interpreting the Emergency Services Act to prohibit the Governor from issuing quasi-legislative orders in an emergency” and concluded that “the issuance of such orders did not constitute an unconstitutional delegation of legislative power.”

Newsom’s office called the ruling “a win for public safety and all Californians.”

“The issue now squarely presented for the high court is whether the separation of powers still exists in California,” the legislators said in a statement.

Kiley said the ruling was “odd” because it was based on a 2011 Houston case “that not even Newsom considered relevant.” Kiley said it appears that the justices believe the California Constitution “requires striking down the Emergency Services Act but wanted to leave such a momentous action to the California Supreme Court.”

The ruling came one day after the Secretary of State’s Office announced the final tally of verified signatures collected in an effort to recall Newsom totaling 1,719,943. A recall election date has not yet been set.

The governor faces the recall election in large part because of Californians’ frustration over a year of lockdowns, closed businesses, and mismanagement of taxpayer money and waste by several agencies, including the departments overseeing corrections and unemployment, recall organizers said.

“For a year we’ve fought Newsom’s corrupt autocracy in every way possible,” Kiley said. “We’ve had the totality of state power arrayed against us. We’ve been on the receiving end of abuses we never thought possible. We’ve been attacked in the most vile of ways. But our efforts haven’t been in vain. We’ve built a citizens movement the likes of which this state has never seen.”

This article was originally posted on Court of Appeals rules in favor of Newsom; legislators appealing to California Supreme Court