Please ensure Javascript is enabled for purposes of website accessibility Democrats divided over ‘court-packing’ legislation; GOP unified against it - THE CHICAGO HERALD Press "Enter" to skip to content

Home » Democrats divided over ‘court-packing’ legislation; GOP unified against it 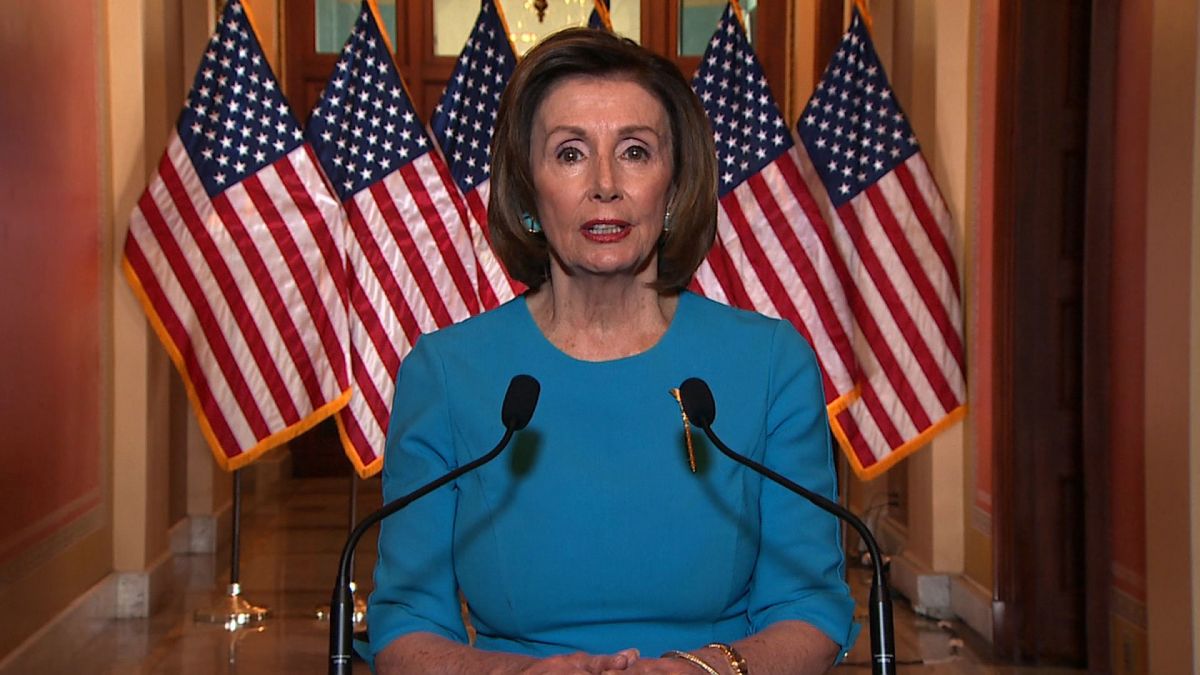 Democrats divided over ‘court-packing’ legislation; GOP unified against it

Republicans quickly unified Thursday against a new Democratic bill that would add four seats to the U.S. Supreme Court, and before the day was out, Democrats had already begun dividing over the issue.

Liberal Democrats hailed the decision as an opportunity to take back the majority on the highest court in the land. However, the “Judiciary Act of 2021” was immediately called a “court-packing” scheme by some critics, who argue it will divide the Democratic Party and set them up for heavy election losses in 2022.

The Democratic legislative measure would add four seats to be appointed by President Joe Biden and presumably assert a liberal majority on the court.

The claims of dividing the party gained traction when House Speaker Nancy Pelosi, D-Calif., told reporters at a news conference Thursday she would not support bringing the bill to the House floor. Whether she will give in to mounting pressure or hold her ground remains to be seen.

“Republicans stole the Court’s majority, with Justice Amy Coney Barrett’s confirmation completing their crime spree,” said Sen. Edward Markey, D-Mass., one of the leaders of the effort. “This legislation will restore the Court’s balance and public standing and begin to repair the damage done to our judiciary and democracy, and we should abolish the filibuster to ensure we can pass it.”

Democratic lawmakers behind the effort presented their plan at a news conference Thursday.

Republicans pushed back at their argument, calling it a naked power grab. Rhetoric on both sides of this issue has become increasingly heated after years of grappling over justices, from refusing Garland to the contentious hearings of Justice Brett Kavanaugh and more.

“Does expanding the Supreme Court count as infrastructure too?” asked Rep. Jim Jordan, R-Ohio, who serves as ranking member of the House Judiciary Committee.

President Donald Trump secured the conservative majority on the court by appointing three justices during his term. Trump-era leaders vocalized their opposition to the Democrats’ plan.

“Our Supreme Court Justices uphold the rule of law, not the emotion of law,” said former Secretary of State Mike Pompeo. “Packing the Supreme Court to tilt favorable outcomes brings partisan politics into the courtroom. SCOTUS is the last place we need political games.”

Democratic President Franklin D. Roosevelt attempted to expand the court in 1937 but was shot down by his own party. While Congress does have the authority to expand the court, it has remained at nine justices for over 150 years.

“FDR tried packing the Court but Democrats – his own party – stopped the power grab,” said Carrie Severino, president of Judicial Watch. “Today, court packing is back and judicial independence is under attack.”

Expanding the Supreme Court became a controversial point of debate during the 2020 election. Republicans warned voters that Democrats would quickly grow the court if given power while then-candidate Biden downplayed that risk and indicated he was not a fan of expanding the court.

Republican strategists Thursday saw a future floor vote on the bill as an opportunity to split Democrats and use their decision against them during the upcoming elections.

Sen. Ted Cruz, R-Texas, was at the forefront of cautioning voters on this issue before the November elections. He has pushed for a Constitutional amendment that would seal the bench at nine seats.

“Democrats plan to pack the Supreme Court if they win the election,” Sen. Cruz warned on Twitter weeks before last year’s election. “That’s why my colleagues & I are taking action today to safeguard #SCOTUS & the constitutional liberties that hang in the balance by introducing two proposals to maintain nine Supreme Court justices on the bench.”

Rep. Dusty Johnson, R-S.D., also proposed a Constitutional Amendment in January of this year to permanently set the bench at nine justices.

“Since 1869, our Supreme Court has had nine Justices,” Johnson said. “We must preserve the impartiality of the Supreme Court and setting the court at nine will do just that. My constitutional amendment is more necessary than ever.”

Biden announced a new presidential commission last week to study the current practices of the Supreme Court, including the “membership and size” of the highest court in the land.

In their push for the new bill Thursday, Democrats argued there should be 13 Supreme Court justices because there are 13 circuit courts.

Regardless of the outcome, both parties were quick to draw battle lines and set up a showdown that could carry all the way into the 2022 midterm elections.

“Democrats are launching a full assault on the independence of the federal judiciary,” said Rep. Ken Buck, R-Colo. “Republicans will stop them.”

This article was originally posted on Democrats divided over ‘court-packing’ legislation; GOP unified against it