Home » Denver students advocate for a student bill of rights 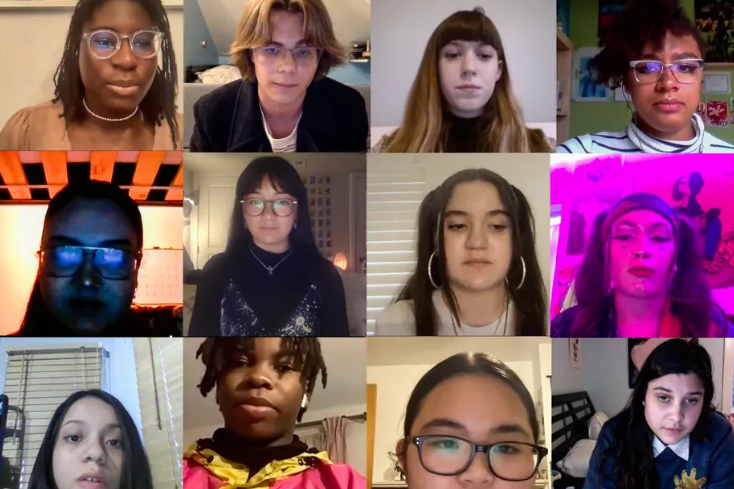 Denver students advocate for a student bill of rights

High-speed internet access. Advanced courses. Diverse teachers. The right to vote on school district decisions, including which curriculum to use. The abolition of letter grades. Comprehensive sex education classes. Gardens at every school.

Those are some of the demands included in a “student bill of rights” penned by a group of Denver Public Schools students and recently presented to district leaders. The students hope the district will adopt the document, distribute it widely — and live up to it.

“Student voice is not valued as much as it should be,” Sonali Blair, a senior at South High School, told the Denver school board. “Students are always viewed as children, immature. Yet it is evident there are many students who would be more than willing to take on the responsibility of leading side by side with faculty and leaders in the district.”

Many of the students who helped craft the bill of rights are already involved in district-sponsored leadership programs. But they said that while Denver Public Schools claims to listen to students, district leaders too often stop short of putting students’ ideas into action. The goal of the bill of rights is to codify in writing what students say is sometimes just lip service.

“There was nothing formally on paper,” Sarah Blake, a junior at Denver School of the Arts, said in an interview. “Having an accessible document that people know exists, that people can reference, that people can bring up conversations is vital to maintaining equity in the district.”

Carrie Olson, president of the Denver school board and a former Denver high school teacher, said in a statement that the board is “highly impressed” with the bill of rights. She stopped short of committing to adopt it, saying the board is eager to discuss “how to move forward.”

“We are committed to elevating student voices across Denver Public Schools, and we value their leadership in sharing how we can improve our policies,” she said. “There is nothing more important than hearing from and working with our students.”

Finesilver recruited West Early College high school teacher Daniel Walter to convene a group of students to work on it. Walter is involved with the district’s student leadership initiatives, and he sent out a survey to see who would be interested. About 25 students got involved, he said, meeting virtually every Monday after school starting in February.

The students settled on seven categories that they’d like to see the district improve: culture, equity, accountability, student voice, due process, curriculum, and health.

At last month’s school board meeting, they spent an hour telling the board members why. Their testimony was remarkably different from the three-minute speeches that usually fill public comment. Several students recited original poems. One sang.

Among the bullet-pointed demands in the student bill of rights is that students are entitled to teachers who are representative of the demographics of the district, in which 52% of students are Hispanic and 14% of students are Black but most teachers are white. Another is that all students have the right to take Advanced Placement, honors, and college-level courses.

Jasmine Postell, a junior at George Washington High School, told the board she is often the only person of color in her classes. She said she feels lonely and isolated — feelings that intensify when her classmates ignore her or her teachers don’t advocate for her.

The students’ public advocacy led to at least one step toward change already. Rose Barcklow, the comprehensive health education supervisor for Denver Public Schools, heard the students’ demand for mandatory medically accurate health education courses that teach about consent and are inclusive of the lesbian, gay, bisexual, and transgender community.

“I saw those students perform and they were amazing; the bravery of singing and saying poems,” Barcklow said. “I had not heard of the work they were doing. Literally as the last one was presenting, I was emailing the teacher: ‘How can I get involved?’”

Barcklow has invited the students to give input on work already underway to design a new robust health curriculum for Denver Public Schools, where sex education is not mandatory.

“The students of Denver Public Schools have a vision,” Joanie Kinsella, a sophomore at Denver School of the Arts, told the school board. “We envision DPS as a school district that will revolutionize the educational system. … Our students’ bill of rights is a major step toward opening the voice of students in education.”