Please ensure Javascript is enabled for purposes of website accessibility District takeover proposal advances in Tennessee legislature, as opponents warn of a ‘power grab’ - THE CHICAGO HERALD Press "Enter" to skip to content 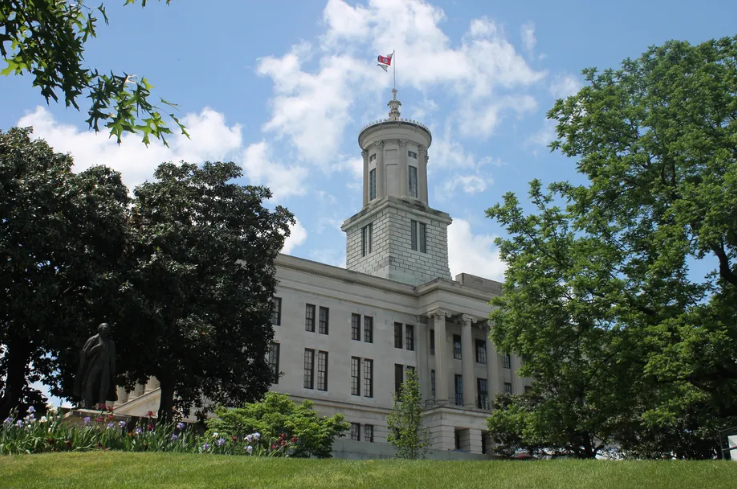 A bill outlining reasons the state may take over a local school district cleared its first legislative hurdle Tuesday. Supporters praised the legislation as providing clarity on when to step in, while opponents questioned the timing and warned of an impending “power grab” in Nashville or Memphis.

Rep. Scott Cepicky, a Republican from Maury County, said his proposal aims to strengthen Tennessee law by providing a clear process for when the state education commissioner should take control of a district, which could include firing the superintendent and replacing elected school board members.

“That should be the nuclear option, so to speak. But right now, it’s very vague and ambiguous as to what actually has to take place,” he told members of the House Instruction Subcommittee, which approved the bill on a voice vote.

The legislation ratchets up tension between the state and its two largest and most diverse school districts. Metropolitan Nashville Public Schools and Memphis’ Shelby County Schools only recently reopened classrooms during the pandemic, amid intense pressure from Republican Gov. Bill Lee and threats by the GOP-controlled legislature to pull their state funding.

Earlier Tuesday, Democratic lawmakers from Nashville held a news conference to slam the measure as another jab at Nashville and Memphis school systems, which are also in litigation with the state over funding and education vouchers.

“The last time I checked,” said Rep. Bo Mitchell, “there is no one in the Tennessee Department of Education that has ever run a school district. So it’s troubling that they would want to take over a number of school districts in the state when there’s no experience in the department to do so.”

State law already gives the commissioner authority to pursue takeover and replace local leaders with approval by the Tennessee State Board of Education and a legislative oversight committee on education.

Cepicky’s bill proposes standards for requiring an improvement plan or pursuing takeover based on current and historical academic performance, as well as operational and fiscal “competence” and compliance with federal and state laws and guidelines.

The bill says the commissioner should assess each school system annually to ensure it’s meeting the performance goals and measures the state board set. Beginning with the upcoming school year, the commissioner could “assume all powers of governance” if a district is not meeting its responsibilities to one or more “priority schools” in the state’s bottom 5%, or certain schools that have significant disparities in how different groups of children perform.

Removing the superintendent or school board members would still require approval from the state board.

Rep. Sam McKenzie, a Knoxville Democrat who voted against the bill, questioned the timing of any discussions about district takeovers when schools are focused now on mitigating the impact of COVID-19 on students, especially those who come from low-income neighborhoods.

“This legislation at this time seems to be ill-conceived to grant takeover powers when we’re just trying to get back to normal,” McKenzie said.

Cepicky characterized any delay as “kicking the can down the road.”

“I’m here arguing for students, folks — the students that are trapped in failing school systems,” he said. “Most of our school systems are doing the best they can … but there are districts out here that are failing these kids year after year after year, and we’ve got to address that moving forward.”

Tennessee has a poor track record for taking over and improving low-performing schools based on its nearly 10-year-old school turnaround initiative known as the Achievement School District, or ASD. The charter-reliant program has been slow and spotty in improving schools in Memphis and Nashville, and lawmakers are considering another bill to set exit strategies for 27 schools approaching 10 years with the state-run district.

The takeover bill is on the agenda for Wednesday in the Senate Education Committee and likely will be heard next week before the full House Instruction Committee.

This article was originally posted on District takeover proposal advances in Tennessee legislature, as opponents warn of a ‘power grab’