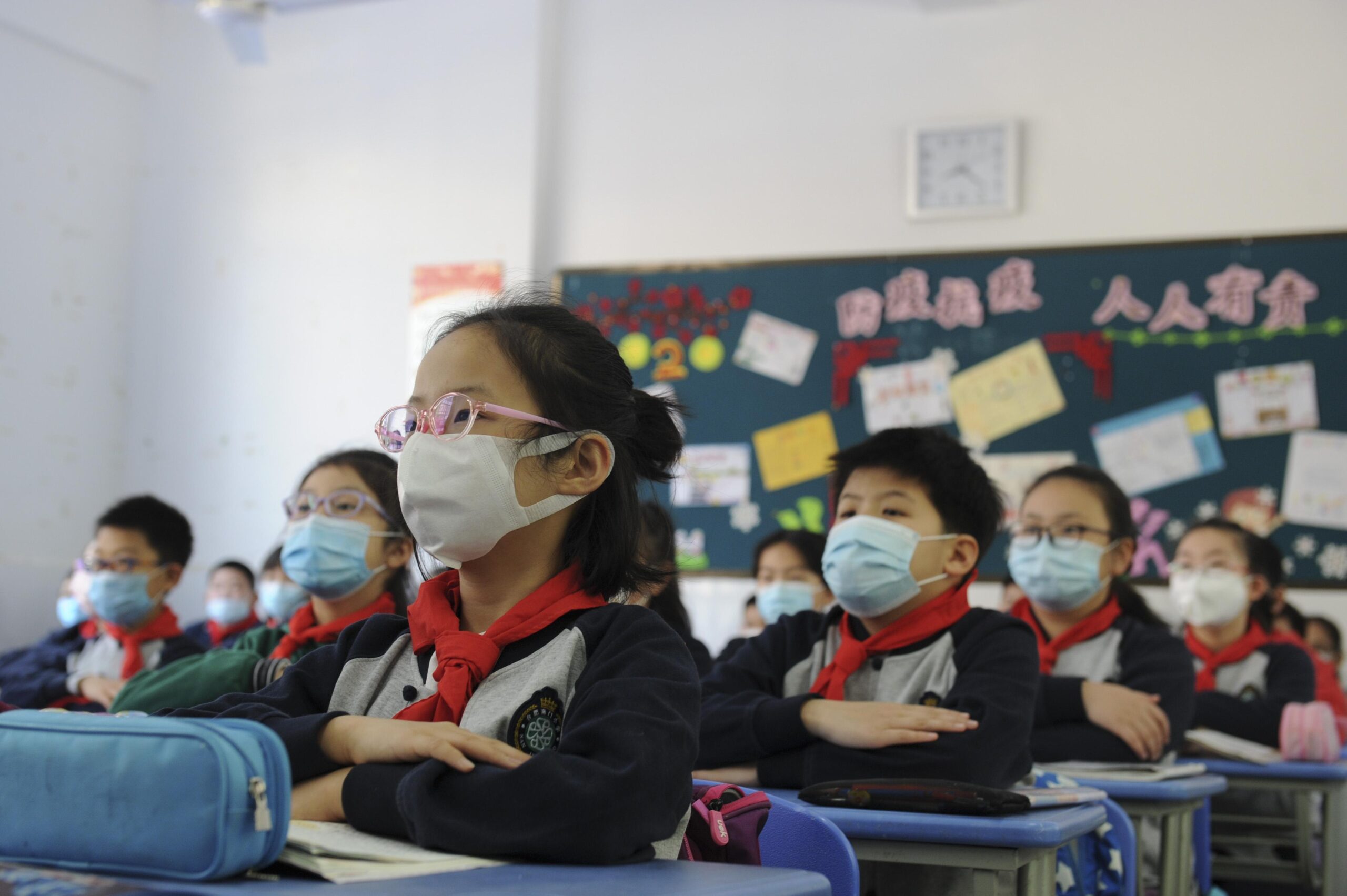 Districts can return to in-person learning in early February

By Matthew Reichbach on February 5, 2021

School districts will be able to start in-person learning, through a hybrid system, for students of all ages beginning on Feb. 8, Gov. Michelle Lujan Griaham announced during her State of the State address on Tuesday, declaring, “there’s no substitute for in-person learning.”

The state will leave the decision up to local school boards whether or not to allow in-person learning again, as it has for elementary school students for much of the past few months.

Middle and high school students at public schools have been using remote-only learning since March of 2020.

“I believe the planning and hard work has paid off, and our state has developed a solid, epidemiologically-sound plan for a safe expansion of in-person learning for all age groups, supported by union leadership,” Lujan Grisham said. “We will get this right, and we will move forward, and every school district in the state will be able to welcome all ages of students safely back to the classroom on February 8.”

“It’s not a last step and it requires our ongoing diligence to make sure that it works,” Stewart said.

He said schools that wish to move to a hybrid model must follow COVID-19-safe protocols and abide by other practices, like improved air quality standards and increased surveillance testing of staff, depending on the case spread in the school district’s county.

“Since we had to shut the schools down in March, we have worked with our school leaders, our district leaders charter school leaders across the state teachers, principals, union members, staff workers, frontline staff to create the safest, safest possible set of conditions to return, which includes implementing COVID safe practices in every school setting, putting forward the most advanced indoor air quality standards in the nation, procuring and distributing millions of masks and other PPE out to schools standing up and participating in a rapid response reporting system and creating the data processes and structures so we could monitor what was happening and respond on a rapid basis,” Stewart said.

Scrase said that data and studies of those in school have shown that it could be done safely.

Citing a study of North Carolina schools, Scrase said “What they found was school infections that happened within the school were very rare.”

Statewide, the spread has also been dropping for weeks, which is also helpful in reopening schools to in-person learning.

Still, one major concern is over vaccinations for teachers.

Teachers are not in the current subphase of who is eligible for a vaccination. The state is currently focused on vaccinating those 75 and older and those 16 years of age or older with conditions that could make COVID-19 worse.

Educators and other frontline workers would be in the next phase of the state’s vaccination plan.

Stewart said that while prep sports practices could continue in groups of five or fewer people through Feb. 22, a final determination on NMAA-sanctioned events would come after that date.

But only schools that have moved to a hybrid model would be eligible for athletics.

“We, as a state believe that we need to prioritize getting students back into the classroom, before we’re prioritizing sports and other extracurricular activities,” Stewart said. “So the eligibility for sports will wait until a school or district has moved to expand the eligibility for their in person learning.”

Senate Republicans replied with a statement saying it was too late.“The COVID-19 pandemic and heavy-handed actions by the Governor have wreaked havoc on our state, forcing thousands out of work, shuttering hundreds of local businesses, and keeping our children out of school,” the statement read. “While we are pleased that the Governor is finally willing to repair some of the damage, we remain deeply concerned about the long-term effects of her unilateral decisions.”