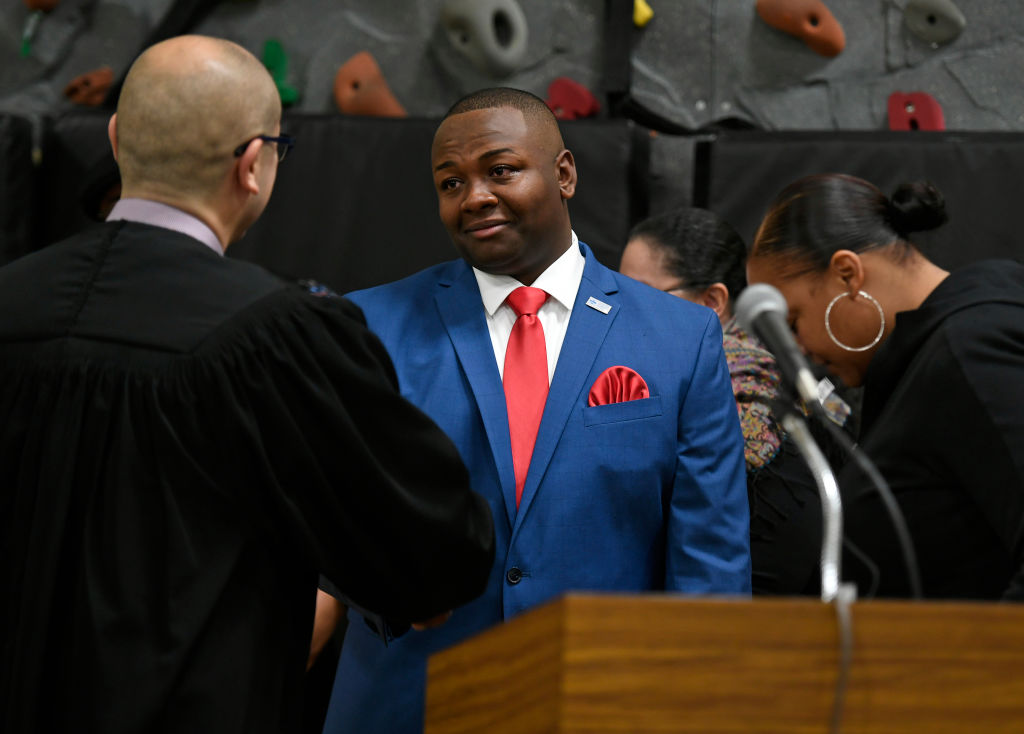 Tay Anderson violated the Denver school district’s retaliation policy back in 2018 when he was an employee at a Denver high school and before he was on the school board, according to a document obtained by Chalkbeat and confirmed by Denver Public Schools.

The revelation comes on the heels of allegations that Anderson, 22, sexually assaulted a woman and sexually harassed others. Anderson has denied those allegations and said he welcomes an investigation into the sexual assault claim. That claim was relayed on Friday by the group Black Lives Matter 5280 on behalf of an anonymous woman.

The sexual assault allegation has not “gone through a formal legal process,” according to Black Lives Matter 5280. A Denver Police Department spokesperson confirmed Monday that no complaints of sexual assault have been filed against Anderson.

The 2018 retaliation finding is separate from the other allegations. It dates back to when Anderson was working as a paraprofessional at Denver’s Manual High School, from which he had recently graduated. The principal of Manual, Nick Dawkins, resigned in March 2018 amid complaints he had created a hostile work environment at the school.

The district investigated those complaints and concluded that Dawkins violated the district’s policy against harassment, discrimination, and retaliation.

In April 2018, the district received at least one complaint that Anderson, a supporter of Dawkins, had violated that same policy. A May 2018 letter obtained by Chalkbeat and confirmed by the district says Anderson violated the part of the policy related to retaliation.

The policy prohibits retaliation “against an individual for raising a good-faith concern.” A complainant who previously worked at Manual High School said Anderson disparaged the people who had complained about Dawkins, including by posting about them on social media.

In a written statement Monday, Anderson corroborated that account.

“In early 2018, I worked at Manual High School as a paraprofessional,” Anderson said. “During that time period, I posted my concerns about another Black leader leaving Denver Public Schools on several social media channels.

“I was informed that my social media activity could interfere with the investigation regarding that leader. When I continued to speak out on social media, it was determined that my actions were retaliatory. I have been held accountable for my actions.”

Anderson also spoke about accountability with regard to the sexual assault allegation that surfaced Friday. At a press conference Sunday, he said he doesn’t know the details of the allegation made by Black Lives Matter 5280 but “if there is something I did, then of course I would take accountability. I wouldn’t run from it.”