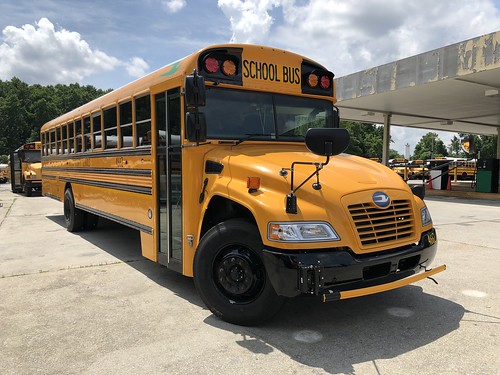 In the predominantly white Douglas County School District, some African-American students have reported racial slurs repeatedly scrawled in bathroom stalls, a cavalier use of the N-word by their white classmates, and a general feeling of isolation among a student body that is 1% Black.

Black employees of the district have said they have been demeaned by racist stereotypes while doing their jobs. And they, too, have spoken of feeling like tokens in a largely white workforce.

Those experiences, detailed to Colorado Community Media by past and current Black students and employees, culminated in pleas for more support in schools, more inclusion among district staff and leadership, and more cultural awareness.

The district is considering a new policy that aims to tackle these issues head-on. On Feb. 16, board directors conducted a first reading of the district’s first-ever equity policy, which aims to foster a more welcoming, supportive, and equitable environment for students and employees.

White students make up about 72% percent of the district’s student body of 63,000, with Latinos representing the largest group of students of color. Last school year, of nearly 3,800 teachers, 1% identified as Black or African American.

The district had one Black principal or assistant principal at the helm of its roughly 90 schools last semester, according to data provided by the district through a records request. The district employed more than 60 teachers who identify as Black or African American as of Dec. 1, 2020, according to the district’s data, about 1% of its teaching force.

“It will be an arduous journey,” Ishmeet Kaira, a parent serving on the district’s Equity Advisory Council, told the board of directors as she spoke of the work ahead. “It is a huge organizational shift. It’s a cultural shift.”

Members of the equity council — a group of more than 20 people including parents, educators, and district staff — say they hope the policy will be a turning point in a long road toward advancing equity in the district.

The work has continued not only as Black community members have spoken of experiencing racism, but also as diversity among district leadership has dwindled.

Sethi could not be reached for comment, but both Tucker and Gross-Taylor told Colorado Community Media they experienced racism or racially insensitive conduct during the roughly two years they spent with the school system.

Tucker is now the deputy commissioner and chief equity officer for the Kentucky Department of Education, and Gross-Taylor runs a consulting firm. Sethi is now chief technology officer for a Virginia school district.

Their departures prompted a blunt letter from leaders of the district’s Diversity, Equity, Inclusion and Accessibility Strategic Initiative team. The Oct. 21 letter, signed by Remy Rummel, the district’s director of language, culture and equity; Janet Laning, director of the district’s student assistance department; and Highlands Ranch High School Principal Christopher Page, declared that “their resignations speak volumes to the state of implicit biases, and quite honestly, racist practices in our district.”

The district declined repeated requests for interviews with leadership to talk about its equity work or about the specific and general experiences of Black students and employees.

District spokeswoman Paula Hans responded to requests to interview school board President David Ray, interim Superintendent Corey Wise, and the Equity Advisory Council with statements emphasizing the creation of the equity council as a safeguard against becoming complacent in “matters of equity, diversity, and inclusion” and as a means to further the district’s commitment to equity.

“We will continue to review our work with our prevention curriculum, professional development, and our proactive and restorative training with our students and staff,” the statement read.

Ray did address some questions by email. District policies “clearly prohibit” discrimination and harassment, he said, and employees can file complaints with their supervisor or the district’s compliance officer.

Ray said the equity policy “clarifies expectations and the district’s commitment to inclusion, diversity, and equity.” Asked how the district could better address both subtle and explicit inappropriate behavior reported by previous African-American leaders, Ray said “the board governs through policy.”

The new policy, he said, will strengthen existing prohibitions on workplace discrimination and harassment.

The policy does not exclusively address racial equity, instead aiming to improve the culture for people of all identities — including a person’s national origin, sex, sexual orientation, religion, disability, or need for special education.

But the work gained new urgency last summer as anti-racism protests flared across the country, including in Douglas County, and with last fall’s spate of high-level resignations in the district.

The policy presented Feb. 16 said the district would “create and implement a targeted system to identify” inequities such as biased or racist practices, discriminatory behavior disproportionately affecting any particular group, and systemic racism and discrimination in the district.

The policy now clearly spells out its goal to also bolster “representation” throughout the system, which it defines as students and staff seeing components of their identities reflected in curricular and instructional resources, as well as in their learning environments. The added definition is new from a draft discussed by the board and equity team in January.

The policy would commit the district to a permanent Equity Advisory Council and would make carrying out and enforcing the policy a cabinet-level responsibility — also a first.

School board Director Krista Holtzmann said in a recent study session it is “probably pretty unusual” to make a cabinet-level equity position, but she was not opposed to the idea.

Directors did not discuss the policy in depth on Feb. 16. Instead they read it in full and offered the Equity Advisory Council thanks for drafting it. Director Susan Meek encouraged the community to review the policy and weigh in. Ray and Director Christina Ciancio-Schor were absent.

Kaira, the parent serving on the district’s equity team, told school board directors during the study session that the policy would be “a powerful declaration of values.”

This is not the first attempt the district has made to consciously address questions of systemic bias, fairness, and equity.

That included tolerance training for roughly 1,000 students in the early 2000s after the district saw a dramatic spike in bullying and expulsion reports, equity team member Janet Laning said during one study session. Laning is director of the district’s student assistance department.

This is the first of three stories on the experience of Black educators and students in the Douglas County School District. These stories originally appeared in Colorado Community Media. Parts two and three are coming later this week.

In one year, the training caused a more than 20 percentage point jump in the number of seniors who reported peers respected one another, Laning said. The seminars ended when grant dollars used to fund them ran out.

The district’s whopping strategic plan, unveiled in 2019, also includes a three-year road map toward improving equity, inclusivity, and diversity in the district.

Among its goals: Administering an audit of the district’s culture and environment. Providing secondary schools with inclusive curriculum resources. Professional development for “culturally responsive teaching.” Training school and district administrators in making all students feel welcome and valued as part of the school community.

But the district’s work has proceeded in fits and starts, stymied by budget cuts, changes in leadership, and other setbacks, equity team members said in recent meetings with the board.

Board members acknowledged the slow pace.

“We had an equity committee in this district for several years and we hit some walls. I’ve watched you guys hit some walls that were frustrating,” Ray said during one study session. “It was like, we can’t move forward.”

Former Superintendent Tucker, who spoke to Colorado Community Media in January, said the district has not always offered its equity team adequate support.

Funding was a problem, he said, adding that after he arrived, he shifted money from his budget to support the work of the equity committee.

Budget cuts, this time caused by the pandemic, have also curtailed some of the work outlined in the strategic plan.

Gross-Taylor, who was the cabinet sponsor of the strategic plan equity team, said equity was not initially included in the plan but was added at the urging of staff of color.

She said COVID-19 forced nearly $31 million in budget cuts, so the district, to her disappointment, eliminated plans to create a new “director of strategic initiatives.” She said the position was one of the first resources to go during cuts.

The director would have overseen equity issues in the district, operating a team to which students could report issues regarding racism in schools, she said.

Still, some components of the equity team’s strategic plan work continued amid the financial and public health crises.

Those include anti-racism training and the implementation of No Place for Hate at district schools. ThunderRidge High School recently won an award for its use of the program.

No Place for Hate is run through a partnership with the Anti-Defamation League and focuses on anti-bias and anti-bullying training in schools.

A handful of the roughly 70 district-run schools already operate the program and it will continue being implemented across the district, equity team members told directors in September.

Gross-Taylor said recent interest by the board to pursue the equity policy is good for the district, but that it also struck her as inauthentic. She said she felt Tucker received resistance from board directors in January 2020 when he suggested working on equity initiatives.

“Then after the George Floyd murder,” she said, “all of a sudden we need to talk about this.”

Tucker said Gross-Taylor’s timeline is accurate but sidestepped the question of whether the board was resistant, saying only that it had many “competing things going on …. so it just did not get addressed.”

Among steps needed to force real change, Gross-Taylor said, the district must reorganize how complaints about racism and discrimination are funneled from schools to district administration.

“It can’t just stop at the principals,” she said.

If the district hopes to improve its culture for people of color and equity in the system, that commitment must start “with the top,” Tucker said.

But equity is not only the responsibility of board directors or top administrators, he said. He urged community members to get involved.

“This has to be everybody’s business,” he said. “It just cannot be the business of a group of 12 or 13 interested staff members who have two or three other jobs.”

Tucker told Colorado Community Media in February an equity policy “is an excellent start” for school districts as they address issues with racism. But school districts can’t stop there, he said, urging them to also adopt stand-alone policies that exclusively focus on racial equity.

“Your district has to be bold enough to admit that you are going to have to focus on anti-racism and social justice and you have to recognize that African-American and other students of color face biases,” he said.