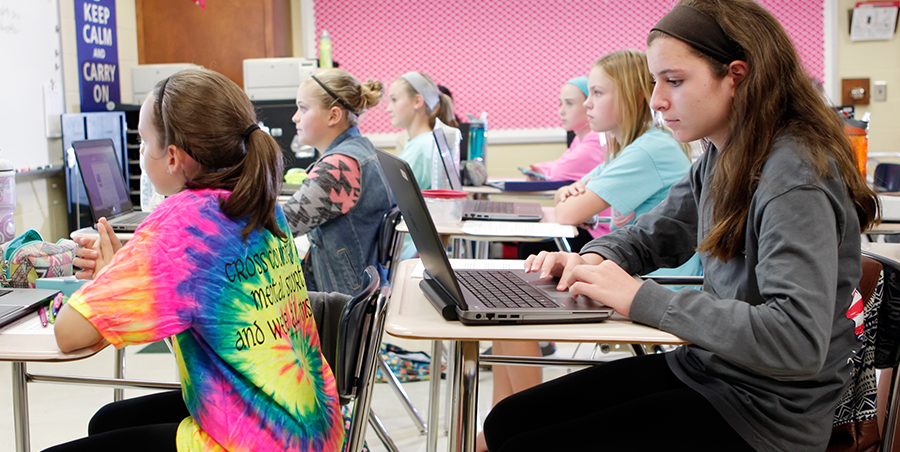 Over the past month, the Montana Capitol has been the site of a painstaking conversation about how to spend hundreds of millions of dollars in federal COVID-19 relief funds. Some ideas have brought lawmakers on both sides of the aisle together, while others have pitted Democrats against Republicans. But the constant refrain is one of investment — in the state’s economy, its infrastructure, its families and its children.

Education emerged as a major financial priority for Congress as early as March 2020, when it set up a $13.5 billion Elementary and Secondary School Emergency Relief Fund. Known among policy makers and public school advocates as ESSER, the fund got a $54.3 billion dose of supplemental money under the second COVID-19 relief package in December, and a further $122.7 billion supplement under last month’s American Rescue Plan Act.

Montana’s cut of the original ESSER funding was just shy of $41.3 million, the bulk of which has already been allocated by the Office of Public Instruction to individual K-12 schools. Now the Legislature is reviewing bills dealing with the state’s share of ESSER II and III — $170 million and $382 million, respectively. What those bills look like once they’re signed into law will dictate how that money will address the impacts of the COVID-19 pandemic on Montana’s education system.

Lawmakers are still working out the details, with considerable input from OPI and other education stakeholders. But one primary goal is already in sharp focus. Public school enrollment dropped 2.4% during the pandemic, as noted by OPI in a statewide student count this February. And since the state calculates its education budget based on enrollment, schools may find themselves without adequate funding once now-absent students start returning to the classroom. The millions made available through ESSER II and III present an opportunity to fill those funding gaps and ensure schools aren’t forced to make short-term cuts to staff or resources they’ll need later.

To achieve that goal, legislators included language in House Bill 630 — the measure that deals with ESSER II funds — specifically stating that any increases in student enrollment over the next two years are considered to be a direct result of the pandemic. If passed, that language would also apply to the ESSER III funds contained in a separate proposal, House Bill 632.

“This allows for a backfill for enrollment increases from either ESSER II or ESSER III funding,” Rep. David Bedey, R-Hamilton, told the Senate Finance and Claims Committee last week. Bedey is carrying HB 630 and chairs the Joint Subcommittee on Education that worked on HB 632. Both bills have passed the House.

In both relief packages, Congress required that 90% of the funds be distributed to districts based on a federal funding formula known as Title I, which weights schools with higher populations of low-income students. Combined, that basic allocation accounts for nearly $497 million of Montana’s total education stimulus, and due to the language in HB 630, that portion of funding can be used to address enrollment-based budget issues. Under ESSER II, state education agencies were given wide latitude to spend the remaining 10% to address emergency needs deemed a result of COVID-19. Congress tied a few more strings to that 10% in ESSER III, mandating that half the remaining funding be used to address learning loss, and portions of the rest be geared toward summer enrichment programs, afterschool programs and administrative costs.

OPI partnered with the Montana Public Education Center — a coalition of the six major state education associations representing educators, administrators, school board trustees and others — to craft a recommendation for those discretionary funds. They suggested setting aside $6.8 million as a supplemental allocation to further offset enrollment-based budget shortfalls, along with another $1.2 million from ESSER II for targeted support to districts that may need additional assistance. The latter would be awarded at the discretion of the superintendent of public instruction to replace state dollars that, due to requirements set down by Congress, would otherwise need to be used to fill funding gaps. Speaking before the Senate Finance and Claims Committee last week, Montana School Boards Association Executive Director Lance Melton referred to the $1.2 million as an “insurance policy” to ensure the state doesn’t incur any costs related to enrollment fluctuations.

Lawmakers built those recommendations directly into HB 630 and HB 632.

The windfall in federal stimulus money is also presenting districts with an opportunity to pursue infrastructure upgrades that dovetail with the pandemic. To distribute the basic allocations, OPI has set up an online module where a district can submit a proposed budget outlining how it intends to spend its portion of the funds and request cash for specific uses, such as improvements to increase health and safety. For example, Ken Bailey, chief financial officer at OPI, told the Joint Education Subcommittee last month that he’s seen quite a few requests for relief funds to upgrade school heating, ventilation and air conditioning systems. Bailey said he expects infrastructure to be a major use of basic allocation funds, increasing the need for the Legislature to move quickly.

“I think a lot of school districts are planning to do this work over the summer,” Bailey said. “And as such it’s important to have the funds for ESSER II, and now for ESSER III as well, available to schools so that they can go ahead and contract out for the work and be assured that they have the money to pay for it.”

On the infrastructure front, the Legislature is also proposing to allocate $13.4 million in ESSER II and ESSER III funds for database modernization at OPI, affording the agency a chance to improve or replace data systems at public schools across the state.

Arguably the greatest impact COVID-19 had on public education was the disruption to in-person learning. Congress made particular note of that in ESSER III, requiring that 20% of the basic allocations made to schools be put toward learning loss. The Legislature and others are continuing to grapple with what exactly constitutes learning loss and how to quantify it. OPI is seeking permission from the U.S. Department of Education to refrain from standardized testing for another year, and critics have questioned whether test scores could actually give educators an accurate picture of the pandemic’s impacts on individual student learning.

Some Republican lawmakers have even suggested that targeting federal funds to address learning loss might reward schools that opted against in-person instruction. During a March 16 Joint Education Subcommittee hearing, Rep. John Fuller, R-Kalispell, laid the blame for that learning loss squarely at the feet of OPI and certain school board trustees for not pushing for students to return to classrooms earlier in the pandemic.

Superintendent Elsie Arntzen did not share Fuller’s assessment, saying in the same hearing that when it comes to learning loss, “there is no fault.” Arntzen added that OPI is actively working with the state’s 400 school districts to review their own local testing and figure out how best to define the impact to student instruction. She said her office intends to take a liberal approach to allocating the discretionary federal funds at its disposal, as opposed to a “tight-fisted” one. Those funds include not only the target support for schools that exhaust all other relief dollars, but a further $19 million specifically flagged to address learning loss, as well as $1.5 million for professional development for teachers and administrators in pandemic-inspired areas such as virtual instruction.

“These are not our dollars,” Arntzen said. “These are dollars that are given for response to the virus. So we are very willing to give these dollars out as soon as we capture them.”

COVID-19 relief will have an educational impact beyond ESSER II and ESSER III. The American Rescue Plan Act poured $3 billion in additional funding into the Individuals with Disabilities Education Act, of which Montana is set to receive $10.2 million. And it allocated $7.1 billion to the Federal Communications Commission for an emergency connectivity fund to help schools and libraries improve broadband access. States will have to submit grant requests to the federal government to access those funds — a process the FCC is still ironing out — so it’s unclear just how much Montana schools will be able to draw from that pot. Through HB 632, OPI is also slated to receive $7 million in separate ARPA funds specifically for pandemic assistance to non-public schools. ARPA also included $850 million nationally for tribal schools and colleges, which will be allocated by the Bureau of Indian Education.

Relief funding will also have an impact on higher education, albeit in a less direct manner than the allocations to K-12 schools. Under HB 632, the Office of the Commissioner of Higher Education is set to receive $15.2 million in ARPA funds for a range of efforts including workforce recovery and teacher education programs geared specifically toward training for virtual instruction. Nearly half that funding, $7.5 million, has been flagged for the Montana Research and Economic Development Initiative, a competitive grant program on Montana University System campuses designed to generate new businesses, jobs and patents across the state. The inclusion of that program in HB 632 prompted Republicans in the House to strip a similar funding provision from the state budget.

HB 630 also relieves Montana’s three community colleges from a requirement to refund money allocated by the state if their enrollment numbers fall below the estimate used for budgeting. Rep. Bedey informed the Senate Finance and Claims Committee last week that the provision was intended to address enrollment declines caused by the pandemic.

On principle, the idea of accepting so much federal relief money did not sit well with some conservative lawmakers who stated that the trillions allocated nationwide by Congress to combat the pandemic were driving up the national debt. Rep. Frank Garner, R-Kalispell, told the House Appropriations Committee this week that he understands those concerns. But he framed HB 632 overall, which he is sponsoring, as an investment in Montana’s future, one that the Legislature has an opportunity to take charge of.

“To my Texas Hold’em friends, I’m all in on the people of Montana. Every nickel,” Garner said. “I trust them to make sure we have long-term investment bridges to the future without long-term liabilities to the degree we can. I’m going to trust that Montana’s going to use this money to make sure that our future for our kids, for our families, for our businesses, is brighter.”

This article was originally posted on Education’s federal relief windfall