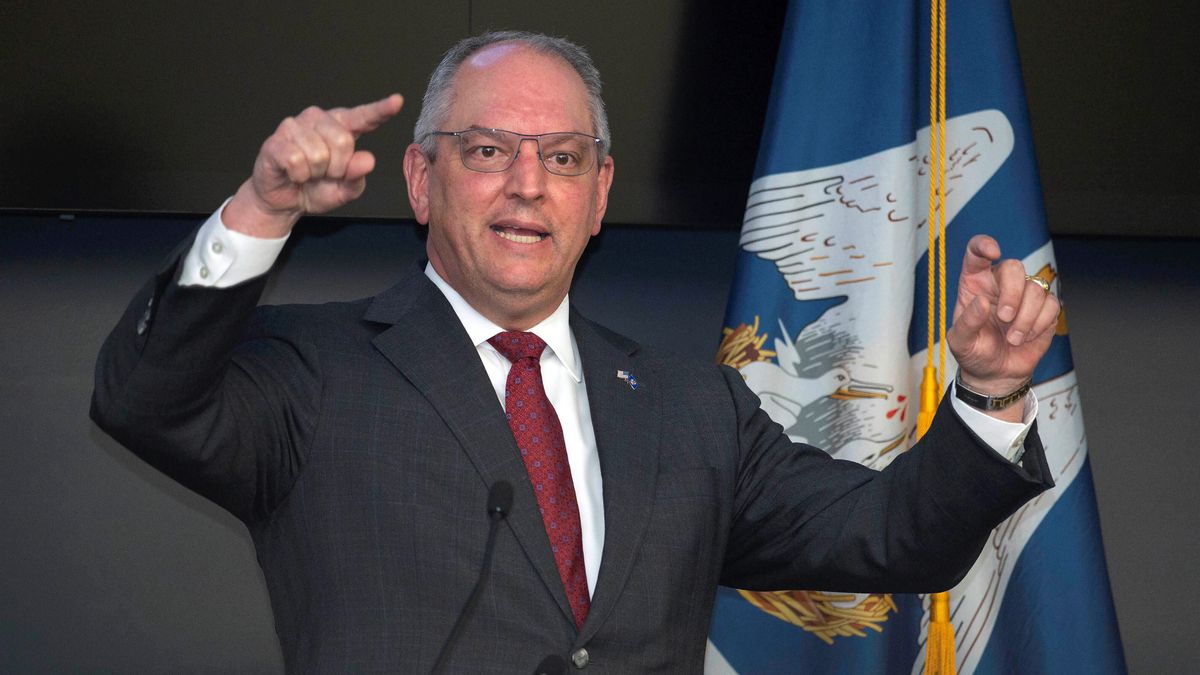 Gov. John Bel Edwards announced his agenda Thursday for the legislative session that starts Monday, including his support for making kindergarten mandatory for every Louisiana student.

The estimated cost of the change to the state’s multibillion education budget is $12 million or less. The proposal is in line with lawmakers’ recent emphasis on early childhood education, though critics believe the mandate infringes on families’ right to make that decision for themselves.

Edwards said his office believes only about 2,000 kindergarten-age children are not enrolled. Even if all 2,000 went to public schools, that would be less than the normal attendance fluctuations in any given school year, he said.

The Legislative Fiscal Office estimates the change could increase kindergarten enrollment by 1% to 6%, increasing state costs by $2 million to $12 million.

“Will it cost a little bit more?” Edwards said. “Yeah. But it’s an investment that’s well worth it and easy to absorb in a system as large as we have.”

Edwards reiterated his support for increasing educators’ salaries. His budget proposal includes $400 raises for teachers and $200 for support staff, and he plans to ask for bigger pay bumps if the state’s Revenue Estimating Conference adopts a higher revenue projection during the session.

Edwards also is asking again for a state minimum wage that is higher than the federal wage floor of $7.25 an hour, though he is not backing a specific proposal. Sens. Karen Carter Peterson and Troy Carter, New Orleans Democrats who are running against each other for Congress, have filed legislation calling for a $15 an hour state minimum, though the details differ.

Edwards has tried and failed to establish a higher minimum wage in Louisiana every year he’s been in office. Supporters argue raising the minimum wage will lift families out of poverty and boost the economy by giving low-wage workers more spending power. Opponents believe markets, not the government, should set wages, and argue mandating a higher minimum will lead to fewer jobs for less-skilled workers.

The Democratic governor also restated his willingness to work with the Republican-majority Louisiana Legislature on an overhaul of the state’s tax system, as long as the changes raise about the same amount of money as the current structure, saying he did not want to return to the “structural deficits” of the previous administration.

The bills in Edwards’ legislative agenda, along with the governor’s office’s descriptions of each bill, are as follows:

Cause of Action for Sexual Harassment: HB 379 by Rep. Ed Larvadain. Provides for cause of action and exemplary damages against a perpetrator of sexual harassment and extends liberative prescription to three years.

Pre-Dispute Arbitration for Sexual Harassment: HB 439 by Rep. Candace Newell. Prohibits employers from requiring prospective employees to consent to pre-dispute arbitration of a sexual harassment claim as a condition of employment.

Pay Transparency and Salary History: HB 245 by Rep. Barbara Carpenter. Prohibits employers from retaliating against employees who discuss or disclose compensation and from requesting an applicant’s salary history as a condition of employment.

Workplace Accommodations for Pregnant Women and Postpartum Workers: SB 215 by Sen. Regina Barrow. Requires employers to provide pregnant and postpartum employees with reasonable accommodations in the workplace to facilitate safe and healthy pregnancies and better infant and maternal health outcomes.

Mandatory Kindergarten: SB 10 by Sen. Cleo Fields. Requires each school district to provide full-day kindergarten and requires kindergarten attendance for children at the age of 5.

Statewide ADA Coordinator: HB 446 by Rep. Rhonda Butler. Establishes the office of the state Americans with Disabilities Act coordinator within the Division of Administration.

African American Veterans Memorial: SB 105 by Sen. Gerald Boudreaux. Mandates the construction and placement of a statue to commemorate the contributions of Black veterans of the United States Armed Forces in Louisiana Veterans Memorial Park.