Please ensure Javascript is enabled for purposes of website accessibility Enrollment in NYC schools is down 4% amid the pandemic. How many students has your school lost? - THE CHICAGO HERALD Press "Enter" to skip to content

Home » Enrollment in NYC schools is down 4% amid the pandemic. How many students has your school lost? 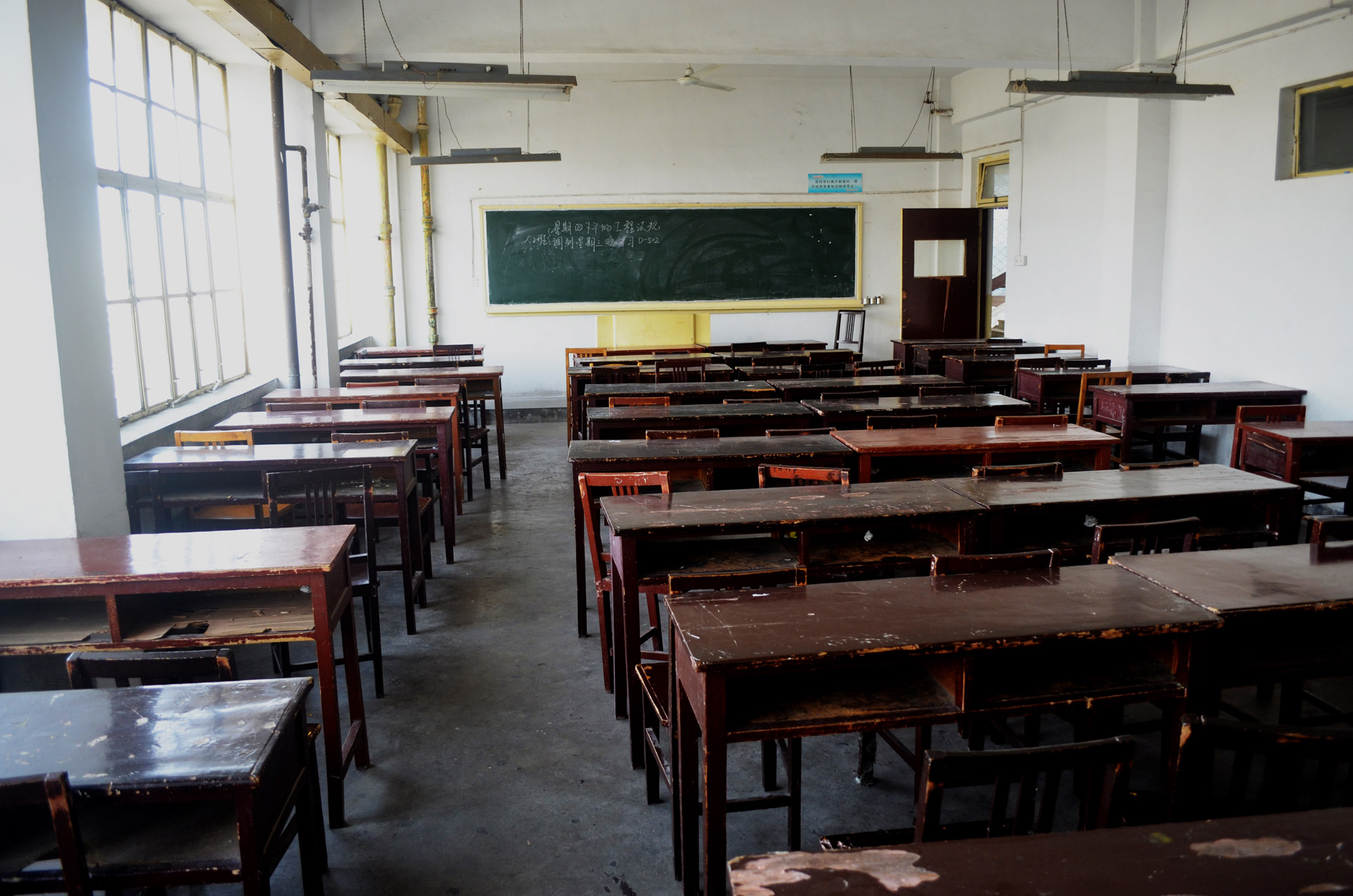 Enrollment in NYC schools is down 4% amid the pandemic. How many students has your school lost?

The number of public school students has fallen sharply across New York City this year, declining 4%, or roughly 43,000, according to new city and state data that offer the most detailed portrait yet of enrollment trends during the coronavirus pandemic.

Almost three-quarters of traditional public schools enrolled fewer students than the previous year, according to a Chalkbeat analysis of state data released this month. One in four lost at least 10% of their enrollment.

Although many schools have seen their rosters shrink, the biggest losses were concentrated among the city’s youngest students, echoing trends across the country. Enrollment in 3-K programs fell by 8% and pre-K programs for 4-year-olds fell by 13%, according to the city’s preliminary enrollment data as of December. In kindergarten, which is when education becomes compulsory in New York City, enrollment fell 9%.

The declines matter because a chunk of school budgets are tied to how many students enroll. The city’s education department has already started clawing back money from individual schools, a process that happens every year if schools enroll fewer students than projected. It’s generating more pushback this year, given the depth of enrollment losses and increased financial burden of operating in a pandemic, as schools must staff in-person and remote classrooms simultaneously.

Principals are nervous that if they can’t forfeit the money now — most have already spent their money on additional teachers, substitutes and paraprofessionals — it will come out of next year’s budget, just as they’re tasked with catching up students who may have lost ground during the pandemic.

“They know there’s no way we can pay it back this year,” said Liz Phillips, principal of P.S. 321 in Brooklyn’s Park Slope neighborhood. “We’re going to need more money next year. Even assuming we’re going back to normal, there are kids who are going to need more support because they’ve missed in-school instruction. So the notion that we would have less funding is really quite horrifying.”

Certain schools hit harder than others

The city and state numbers do not reveal why students left, though the range of schools with enrollment declines suggests the reasons may vary significantly. Some caretakers may have opted to homeschool their children because virtual learning did not feel effective for young learners. Others may have moved out of the city, enrolled in private schools offering more in-person instruction, or simply stopped engaging with school at all. Older students, for instance, may have needed to find work to help support their families financially.

Elementary schools have been among the hardest hit, losing 6% of overall enrollment, city figures showed, which may point to the challenge of remote learning for the city’s youngest students. Education department officials said they are conducting “extensive outreach” to enroll more students in pre-K programs, as it is still possible to enroll this year. By contrast, middle schools saw a modest decline, while high school enrollment remained flat.

Those overall trends mask the significant impacts on individual campuses, including high schools that serve some of the city’s most vulnerable students. Transfer schools — which serve older students who are not on track to graduate — saw steep drops, with more than half of the roughly 50 district transfer schools losing more than 10% of their rosters, according to the state data, which used October enrollment figures.

A network of high schools that serve recent immigrants have also reported concerning enrollment declines that could make it harder for principals to marshal the resources for individual support students may need to catch up after months of remote learning. (All middle and high schools are only offering remote instruction for now.)

At the other end of the spectrum, a few dozen wealthier schools — where 20% or fewer students are low-income — showed big losses with roughly 10% of students leaving, though they represent a tiny share of the citywide decline.

Overall, enrollment among low-income students fell 4.3%, driving much of the overall decrease in public school enrollment.

The losses are also not spread evenly across geography or racial groups, according to Chalkbeat’s analysis of state data.

Staten Island’s district schools had the lowest decline in enrollment, with a loss of about 1.6% of the borough’s students. District 23 in Brooklyn — which includes Ocean Hill, Brownsville, and parts of East New York — saw the largest drop, with a 10.2% decline in enrollment.

Brooklyn dad Anthony Accurso said a convergence of factors led to the family from Park Slope to Montclair, New Jersey. The family realized they could afford more space across the Hudson. They found a private school that could better-meet his second grade daughter’s learning needs, and hoped for more in-person instruction for both of their children, including their fourth grade son, who enrolled in a Montclair public school.

“It was the perfect storm,” said Accurso, a doctor who grew up in the city and still works in Brooklyn. “The private school has in-person instruction, which is much better for our daughter,” who is now attending school in person four days a week. Although his son has not been able to attend school in person as planned, by Accurso’s estimation the remote learning experience there has been better than it was at P.S. 107 in Brooklyn; the lessons seem better planned and students “seemed to be being held more accountable for mastery.”

Still, he said his son misses attending school in person, which he was doing two to three days a week in New York, and now feels more isolated without the chance to see his classmates and teachers.

Other parents said they were planning to switch schools even before the pandemic. Funda Saygin was already looking to switch her son from P.S. 9 in Prospect Heights, Brooklyn, to Community Roots Charter School because she believed the charter would be a better fit. “He just wasn’t really happy, and he was only in kindergarten so we didn’t really want to keep going,” she said of her son’s experience.

But the pandemic confirmed she made the right decision. When the coronavirus hit in March, P.S. 9 did not offer live instruction every day and Saygin said that things generally felt disorganized.

At Community Roots, “they were ready to start instruction on Day one,” she said. “They had a plan, they had a schedule, we knew what to expect.” That contrasted with the experience many parents at district schools had, including two last-minute delays to the year’s start and other surprise changes, like downgrading the amount of live instruction required on remote days.

The departure of families like Saygins’ has left P.S. 9 in a more difficult position. It has lost about 8% of its students, state data show. The education department is asking for about $250,000 of its budget back, according to a letter from the school’s PTA president sent to Mayor Bill de Blasio.

A group of city lawmakers has also pressed City Hall not to reduce school budgets due to enrollment declines, arguing that schools need all the resources at their disposal to have enough staff on hand to teach students in person and remotely and will likely need extra support next school year.

“This is an absurd, unfair demand that threatens to consume school budgets and push them into deficit, cause unnecessary anxiety for principals and school communities, and further erode educational quality during and after the pandemic,” wrote Brooklyn City Council members Brad Lander and Mark Treyger along with 13 other elected officials.

Education officials said they provided additional financial support to schools that demonstrated in-person staffing needs, and that most schools had already factored in their enrollment shifts when calculating how to adjust their budgets mid-year.

“Given the current circumstances of pandemic it is no surprise that we are seeing greater fluctuations in enrollment this year,” said education department spokeswoman Katie O’Hanlon. “However, no school district has stabilized its school system the way we have, which means that we can and will continue to offer the gold standard in health, safety, and learning in a completely transformed educational environment to our students.”

Questions remain about whether this year’s enrollment decline will snowball, especially if school budgets take a hit, or whether the declines turn out to be an aberration. De Blasio has said that he hopes schools will be able to return to full in-person learning next year.

“It’s difficult to tell how much of this is just the pandemic blip,” said said Aaron Pallas, an education policy expert at Teachers College. “It’s too early to tell at this point.”

But Pallas and other experts worry about all of the students who have left the city’s schools, especially students who may have become disconnected. “The question is: What are they doing instead?”

This article was originally published on Enrollment in NYC schools is down 4% amid the pandemic. How many students has your school lost?