Please ensure Javascript is enabled for purposes of website accessibility Experiencing racism as a child was traumatic, but these young voices are helping me heal - THE CHICAGO HERALD Press "Enter" to skip to content

Home » Experiencing racism as a child was traumatic, but these young voices are helping me heal 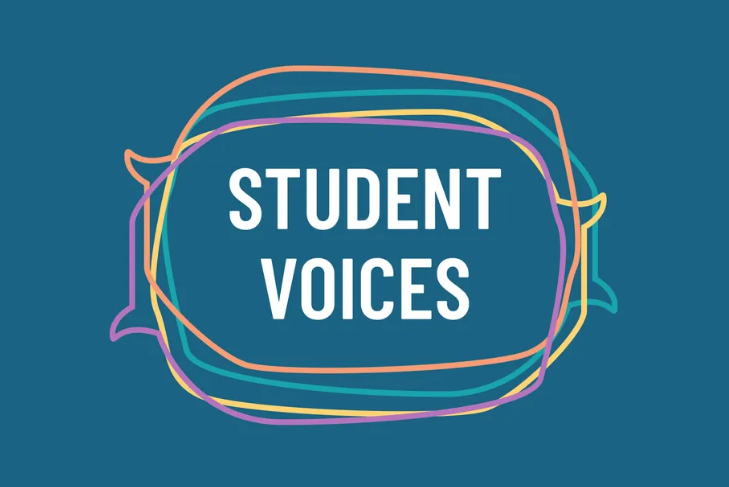 Experiencing racism as a child was traumatic, but these young voices are helping me heal

When I was in fourth grade, a classmate and his older brother followed me halfway home from school while calling me the n-word.

It wasn’t our first dust-up. But because every time he called me that word I would snap back  “Yo Mama!” the boy’s mother joined the battle on this day. She glared at me from the window of her slow-rolling car as her sons threatened me and spat in my direction.

A classmate whom I distinctly recall looked just like Snow White joined me in my fight toward home. As the situation escalated, we tried to ignore the taunting, but we made it clear that we would stand our ground if it came to it.

The boys eventually grew tired of their racist taunts and jumped into their mother’s car. Once they rumbled away, my classmate gave me a pep talk. She said that her older brother knew karate and that he would teach us to defend ourselves.

Next time, we would be ready.

As our fear began to fade, we started planning our defense. My classmate suggested that we could pick up sticks to keep the boys at bay. I wasn’t convinced, so she searched for a sample stick along the fence line.

My friend spied a piece of wood hidden beneath some leaves behind a row of small evergreen trees. She picked it up, but when the leaves fell away, a jolt of terror struck us both. The wood was a cross, with “KKK” scrawled across the front.

I bolted. All my classmate could do is trail behind me, pleading for me to believe that she was not a Klansman.

This incident happened in the 1980s in a mostly white Long Island suburb, vastly distant in time and space from Mississippi, where 14-year-old Emmitt Till was brutally murdered in 1955. But still, on that day as I struggled to tell my parents what had happened on the way home from school, the image of Till’s mutilated body was seared into my mind.

Would I be next?

You don’t outgrow racial trauma. It sticks, hovering just below the surface of awareness, poised to break your heart or spirit at any given moment.

I healed a bit from that fourth grade incident, and many others like it over the years, while I was reviewing the six-word stories Asian American students shared with Chalkbeat after their communities had endured a year of increased racial targeting, violence, harassment, and othering, due in part to the coronavirus pandemic.

Similar to the forum that Chalkbeat provided for Black students last spring after the videotaped murder of George Floyd and the racial reckoning that followed, we wanted to also amplify young Asian voices, particularly in the aftermath of the horrific spa shootings in Atlanta that left six Asian women dead.

In just six words, students of Asian descent and allies shared their thoughts about race, racism, culture, and the reparative conversations that are long overdue in America. Their mini-stories — some of which are embedded in this text — are heartbreaking, powerful, jarring, insightful, thought-provoking, inspiring, poignant, and all too familiar.

Last week, Americans of many races held their collective breath in anticipation of the verdict in the trial of Derek Chauvin, the white officer who murdered Floyd, a Black man, last year.

On Tuesday afternoon, when a jury convicted the former Minneapolis police officer of murder on all counts, relief swept through much of the country like a tidal wave.

But after that emotional surge dissipated, many people (including the young people Chalkbeat interviewed) pointed out that the damage caused by racism, whether overt and violent or implied and silent, is ever-present.

Medical experts say that exposure to prolonged racism — experienced personally or vicariously — can negatively affect mental health, causing depression, low self-esteem, anger, and other negative health outcomes. Just this month, the CDC declared racism a public health threat, and the Department of Justice launched an investigation of the Minneapolis Police Department, in part to determine whether it engages in “discriminatory policing.”

This article was originally posted on Experiencing racism as a child was traumatic, but these young voices are helping me heal