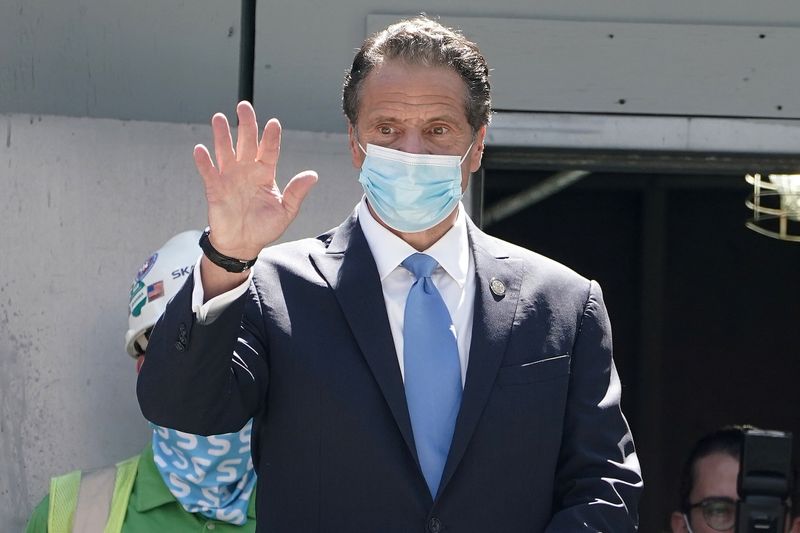 FBI investigators probing the Cuomo administration’s handling of nursing homes during the pandemic last spring are seeking information about a state budget provision that gave operators legal immunity, THE CITY has learned.

In recent weeks, FBI officials have been looking to interview members of Gov. Andrew Cuomo’s staff and other state officials about the eleventh-hour addition to the state budget last March, according to three people familiar with the matter. The measure granted nursing homes and hospitals broad legal protections against lawsuits and criminal liability for care provided to residents and patients during the pandemic.

FBI officials started to make house calls this month, showing up at people’s residences and leaving business cards, according to the three sources.

Investigators’ questions have focused primarily on the nursing home immunity provision and how it “got in the state budget,” said one legislative source, who did not want to be named because of the ongoing probe.

The details emerged a month after the Albany Times Union reported that the FBI and the U.S. Attorney’s office in Brooklyn launched an investigation into the Cuomo administration’s handling of nursing homes amid evidence the state gave a stark undercount of COVID-19-related deaths connected to the facilities.

The federal nursing home probe comes even as Cuomo faces a state investigation and an Assembly impeachment inquiry over sexual harassment allegations.

The governor’s office and the U.S. Attorney for the Eastern District declined to comment.

The Greater New York Hospital Association, a trade group closely allied to Cuomo that includes nursing homes as members, boasted in an April 2020 press release that it “drafted and aggressively advocated” for the provision in the state budget.

“We are deeply grateful to Governor Cuomo and the Legislature for hearing our concerns and working with us so effectively,” the now-deleted press release said.

But during an August hearing before members of the state Legislature, the head of GNYHA walked back the organization’s involvement, telling lawmakers that the industry group merely offered a draft of the policy.

“We gave a draft to the executive branch of some ideas to be included. We share drafts of legislation with many of you on a routine basis in the Assembly and the Senate, and in Congress and in the executive. That’s nothing new. So we did that. Was the draft ultimately different than the law? Yes, and materially different, so we did not draft the law,” said Ken Raske, president of the Greater New York Hospital Association.

According to people familiar with the budget negotiations, the governor’s staff added the nursing home immunity provision in the days before the April 1 deadline — and sold the addition as needed to take pressure off hospitals and their staff, which were being inundated by COVID-19 cases.

In a statement to THE CITY, a spokesperson for GNYHA said that the organization offered “draft legislative language” to the governor’s office, a routine practice in Albany.

“Our primary advocacy focus was on protecting hospitals and their staff. The final version that passed in April differed in certain significant respects from our proposed language,” Conway added.

Conway did not respond to questions about whether federal investigators have contacted his group.

The Cuomo administration, meanwhile, made other moves that may have worsened the COVID death toll — while hiding its true scope, a report by state Attorney General Letitia James found.

On March 25, his Department of Health required nursing homes to take in COVID-positive patients discharged from hospitals.

The following month, the department for the first time released statistics showing COVID-related deaths at New York nursing homes, counting only fatalities that took place inside the facilities while omitting patients sent out to hospitals.

It was not until James released her report in late January 2021 that a clearer picture emerged. She found the Department of Health may have undercounted deaths by as much as 50%, leaving out thousands of coronavirus victims.

Federal prosecutors last month sought data on nursing-home deaths from the Cuomo administration after a top aide, Melissa DeRosa, told state lawmakers that the governor’s office withheld the full scope of deaths over concerns that it would be “used against us” by the Trump administration, The Wall Street Journal reported.