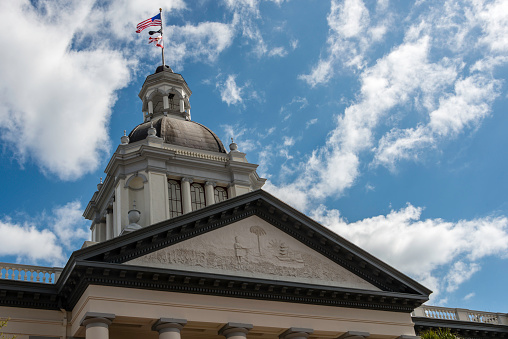 The Florida Legislature will adjourn Friday after adopting the state’s Fiscal Year 2022 budget – a $101.5 billion plan is on the table – concluding its 60-day legislative session.

But some policies enacted during the session are likely to live on through lawsuits.

Among the policies that could be challenged: A hotly-contested anti-riot bill, a measure punishing Big Tech for censoring political speech, vaccine passport and transgender athlete bans, and a preemptive measures restricting local governmental authority, including limits on emergency powers, energy regulation and ports administration.

Senate Bill 90 was approved in a 23-17 Senate vote with Sen. Jeff Brandes, R-St. Petersburg, the only senator to break party lines. It was sent to DeSantis when the House endorsed it, 77-40, shortly after 9 p.m.

Once signed, SB 90 is near-certain to be challenged in court. Within hours of Gov. Brian Kemp signing Georgia’s similar bill, a federal lawsuit was filed.

SB 90 limits use of drop boxes but doesn’t ban them outright, which was in the original bill filed by Sen. Dennis Baxley, R-Lady Lake.

The bill adds more identification requirements for those requesting absentee ballots; requires voters request an absentee ballot for each election, every two years; limits who can collect and drop off ballots to prevent ballot harvesting; and expands the presence of partisan observers during the vote-counting process.

SB 90 also prohibits outside groups from providing items “with the intent to influence” voters within a 150-foot radius of a polling location but, unlike Georgia’s law, allows poll workers to provide water and other assistance.

Before and during the session, Republicans acknowledged Florida’s 2020 election, in which 4.85 million of the 11.1 million who voted cast VBM ballots, was “flawless” but there was potential for fraud and, as DeSantis said, the state should “not sit on its laurels” in addressing that potential.

Proponents maintain SB 90’s revisions are tweaks and that Florida still has more extensive voting options than most states with no-excuse absentee voting and at least eight days of early voting in every county.

“If the opposition says we are creating barriers to voting, those barriers already exist in other states,” said Rep. Blaise Ingoglia, R-Spring Hill, who sponsored SB 90’s House companion. ‘But we never hear a peep from the opposition about those laws.”

Asked to elaborate on a provision that says a person can collect only two absentee ballots from other voters to bring to ballot boxes, Ingoglia said the rule will prevent ballot harvesting, though he couldn’t cite an example of the practice.

“I don’t know, but I’m sure it was going on,” he said. “Just the fact that they weren’t caught doesn’t necessarily mean that it’s not happening.”

For two decades, about one-third of Floridians cast VBM ballots in elections with Republicans using the option significantly more than Democrats – until 2020.

And that’s the reason for the bill, said Rep. Carlos Guillermo Smith, D-Orlando.

This article was originally posted on Florida adopts voter fraud bill, capping legislative session certain to live on in litigation