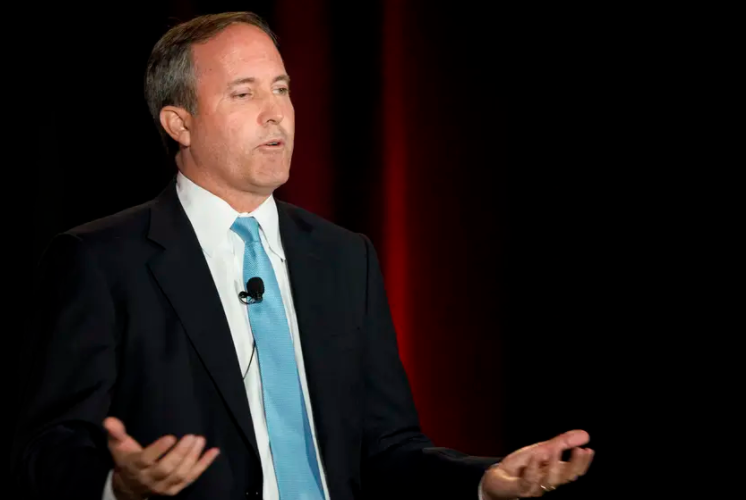 Late last year, Texas Attorney General Ken Paxton fired multiple senior aides who accused him of accepting a bribe. A court filing obtained by The Texas Tribune reveals for the first time what four of those aides believe Paxton received in exchange for helping a donor with his business affairs.

An updated version of a lawsuit filed by the four whistleblowers claims that Austin real estate developer Nate Paul helped Paxton remodel his house and gave a job to a woman with whom Paxton allegedly had an affair.

In return, the aides allege, Paxton used his office to help Paul’s business interests, investigate Paul’s adversaries and help settle a lawsuit. The claims in the filing provide even more details about what the former aides believe Paxton’s motivations were in what they describe as a “bizarre, obsessive use of power.”

“Some of Paxton’s actions directing the [Office of the Attorney General] to benefit Paul were criminal without regard to motive,” the amended petition reads. “Others were so egregious and so contrary to appropriate use of his office, that they could only have been prompted by illicit motives such as a desire to repay debts, pay hush money, or reciprocate favors extended by Paul.”

Four of the aides sued Paxton in November after being fired. James Brickman, David Maxwell, J. Mark Penley and Ryan Vassar, who filed the lawsuit, claim the firings were retaliation for reporting Paxton’s behavior to federal and state law enforcement agencies. They told those authorities that they believed Paxton was abusing his power to help Paul, his friend and political donor, who gave $25,000 to Paxton’s 2018 reelection campaign.

The allegations have reportedly sparked an FBI investigation. Home renovations are part of the criminal investigation, according to the Associated Press. The AP reported Thursday that an Austin contractor had been summoned to testify before a grand jury and provide records related to the work on Paxton’s home.

“Any accusations that the Attorney General acted contrary to the law are completely false and they will be proven false in court,” Ian Prior, a political spokesperson for Paxton, told the Tribune in a statement Thursday. A hearing is scheduled in the case for Tuesday.

The latest filing is vague on many details. It says that Paxton purchased a home worth around $1 million in the Tarrytown neighborhood of Austin in 2018. In 2020, the filing says, the house underwent renovations, “although permitting records in Travis County could not be located.”

“In mid-2020, some of the Plaintiffs received information suggesting that Nate Paul, either personally or through [a] construction company he owns and controls, was involved in the project,” the lawsuit states.

The filing doesn’t describe the nature of Paul’s alleged involvement or how the plaintiffs received the information.

The whistleblowers also allege for the first time that Paxton may have helped Paul because the developer gave a job to a woman with whom he had an extramarital relationship. The lawsuit notes that the woman had no previous experience in the construction industry, “much less managing construction projects.” The woman, whom the Tribune is not naming because she is not a public figure, did not return a call for comment.

Last year, Paul revealed during a deposition in a separate lawsuit that he employed a woman at his company at Paxton’s recommendation. Paul said at the time that employing the woman was not a favor to Paxton. The Tribune and other media outlets have reported that Paxton told some of his top aides he was having an affair with the same woman; the aides claimed Paxton told them of the relationship in 2018.

The recent filing alleges that the woman is a former staffer of a Texas state senator. Paxton’s wife, state Sen. Angela Paxton, was elected in 2018, but the woman did not work in her office. Angela Paxton’s office declined comment for this story.

“What is known paints a picture of personal, reputational, and financial ties to Mr. Paul that almost certainly explain why Paxton, acting in the scope of his official duties, abused his office and brought the power, resources, and personnel of OAG to bear in outlandish ways to personally benefit Mr. Paul and to benefit Paxton himself,” the lawyers write.

In January, the attorney general’s office argued the courts should dismiss the whistleblower lawsuit. The former aides issued a forceful rebuke this week. Paxton had argued that he is “not a public employee” and therefore cannot be sued under the Texas Whistleblower Act, which aims to protect government workers from retaliation when they report superiors for breaking the law.

“Not content with merely breaking the law, now OAG argues this court should rewrite the law and hold that Ken Paxton is above it,” attorneys for the whistleblowers wrote.

The whistleblowers previously claimed that the attorney general’s most egregious abuse of power occurred when he hired a Houston defense attorney, Brandon Cammack, to review complaints Paul made alleging that he was mistreated by federal and state law enforcement officials when his home and business were raided by the FBI in 2019. While the aides tasked with investigating the issue found “no credible evidence” that Paul’s rights were violated, Paxton joined Paul and his attorney and pushed back, they say in court filings. Top aides said hiring Cammack to investigate Paul’s claims was unusual and improper, the filings state.

But the whistleblowers said they felt pressure even before Cammack was hired. In fall 2019, they were encouraged to help Paul’s attorneys obtain information through open records requests submitted to other agencies, related to the raid on his home and office. Paxton also took “a deep personal interest” in a lawsuit between Paul’s firm and an Austin charity, directing the attorney general’s office to intervene after it had said it would not get involved.

According to the filing, Paxton also directed top aides to issue a legal opinion that would help Paul’s business interests. Days after the opinion was issued, Paul’s attorneys used it to push off the foreclosure sales of several of his properties.

Weeks after the whistleblowers reported Paxton for his behavior, two of the plaintiffs were placed on leave before being terminated. The other two plaintiffs were also eventually fired as well.

The four plaintiffs are seeking reinstatement and compensation for lost wages and future loss of earnings. They also are seeking damages for emotional pain and suffering. If they win, the taxpayers will cover most of the litigation costs.