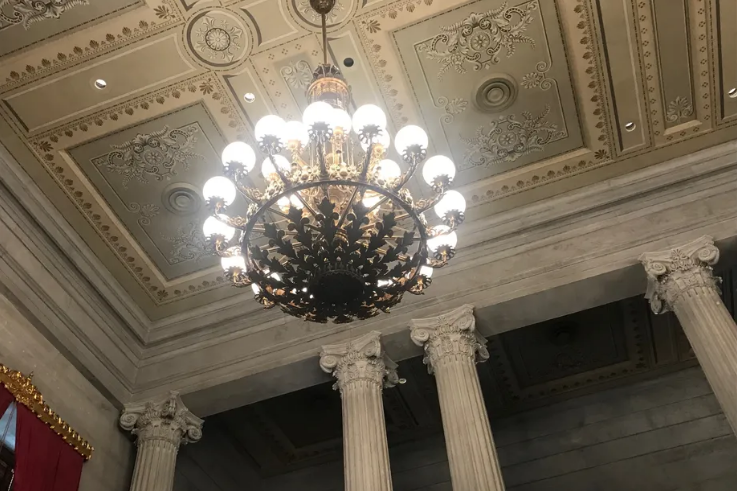 Lawmakers officially met their constitutional obligation last week when they passed a $42.6 billion state budget that takes effect on July 1. Now they will focus on matters that have lingered all session — and a few new ones that popped up late through so-called caption bills. (Caption bills are broadly written and can be amended to completely rewrite the intent.)

Four pieces of legislation could have far-reaching effects on policies related to instruction, charter schools, school immunizations, and education-related litigation.

Tennessee could become the latest state to ban the instruction of certain concepts related to race and racism in public schools.

An amendment filed late last week would prohibit teaching elements of critical race theory, which is the study of how race and racism affect individuals and society.

The legislation says schools could not include or promote instruction or curriculum that says the United States is “fundamentally or irredeemably racist or sexist;” or that an individual, by virtue of the person’s race or sex, “is inherently privileged, racist, sexist, or oppressive, whether consciously or subconsciously.”

The amendment OKs “the impartial discussion of controversial aspects of history,” but does not define what that means. The lack of clarity could cause confusion and fear for classroom teachers.

Filed by Rep. John Ragan, a Republican from Oak Ridge, the legislation is the only one to be taken up Monday by the House Education Administration Committee in a special called meeting.

The measure comes after similar bills passed in Idaho, Utah, and Arkansas.

Near the end of his term, then-President Donald Trump attacked critical race theory, threatening to withhold federal funding from schools using related curriculum in their instruction. Other GOP leaders say school children are being indoctrinated into thinking that white people are inherently racist or sexist.

But many historians support the study of critical race theory.

“The best historical inquiry acknowledges and interrogates systems of oppression — racial, ethnic, gender, class — and openly addresses the myriad injustices that these systems have perpetuated through the past and into the present,” said a 2020 statement from the Organization of American Historians, the nation’s largest professional organization of historians of U.S. history.

A major proposal charts multiple pathways for how schools exit Tennessee’s school turnaround district and where they should land after 10 years with the charter-reliant program.

One pathway would allow higher-performing charter schools to transfer out of the Achievement School District and — instead of returning to their local school systems as originally planned — seek a home with Tennessee’s new charter school commission.

Despite nearly a decade of combative debate around the so-called ASD, this ASD bill has sailed through this year’s legislature with little discussion — until last week.

During a Senate Finance Committee meeting, Chairman Bo Watson charged the legislation could have consequences far beyond moving schools in Memphis and Nashville out of the state-run district.

Watson, a Republican from Hamilton County, worried the proposal could open the door statewide to charter school applicants routinely bypassing local school districts to seek authorization from Tennessee’s new charter commission. “The passage of this bill is creating a statewide charter authorizer. Do not be misled,” he said.

The measure passed in Watson’s committee anyway and is scheduled for a full Senate vote this week after approval in the House last week. But the comments from one of the Senate’s most respected GOP leaders raised eyebrows about creating a slippery slope that could expand the commission’s role beyond that of an appellate authorizer, as directed by the legislature in 2019.

A spokeswoman for Gov. Bill Lee, whose administration crafted the bill, said the legislation doesn’t create a statewide charter authorizer. “It simply gives schools in a state-run district the opportunity to be in another state-run school district,” said press secretary Casey Black.

Vaccines to shield people from the coronavirus arrived just before the legislative session began, prompting a bevy of related bills that could impact school communities.

Keeping up with all of the vaccination proposals has been dizzying, with some bills stalling quickly and others going through numerous revisions. But one major proposal has now cleared both the House and Senate — and will require another House vote to conform with a Senate amendment before heading to the governor’s desk.

The legislation would prohibit state and local authorities from mandating the COVID-19 vaccine, and also would apply to public schools.

While no such mandates exist or are proposed, the measure is viewed as a preemptive strike to guard personal liberty. Opponents say the legislation is premature. They worry personal liberty could come at the expense of public health and discourage Tennesseans from getting vaccinated.

Simmering GOP frustration over a slate of litigation against the state spurred a bill that would create a new court to hear such matters, including constitutional challenges involving K-12 education.

Legislation to establish a so-called super chancery court is scheduled to be taken up Monday in several committees.

The proposed court is viewed as a move by GOP leaders to bypass judges elected to Davidson County Chancery Court in Democratic-leaning Nashville. In recent years, several of those judges have delivered rulings telling the legislature’s GOP supermajority that their laws didn’t pass constitutional muster. Among them was a 2019 school voucher law that the court struck down, delivering a blow to the Republican governor’s signature education initiative during his first year in office.

The bill would create a three-judge panel named by the governor with input from the Trial Court Vacancy Commission. Members of the commission are appointed by the speakers of the Senate and House, both of whom are Republicans.

The new court would take over all cases involving the Tennessee Constitution. That includes a 6-year-old lawsuit by school districts in Memphis and Nashville challenging the adequacy of state funding for schools, especially those in urban areas.

Chairman Mike Bell, a Republican from Riceville and sponsor of the legislation, said the courts should better reflect the conservative political leanings of the state’s electorate. But critics say the proposal amounts to an attack on the government’s judicial branch.

Should the bill pass, the legislature already has set aside $2 million in the state’s newly approved budget to create the court.