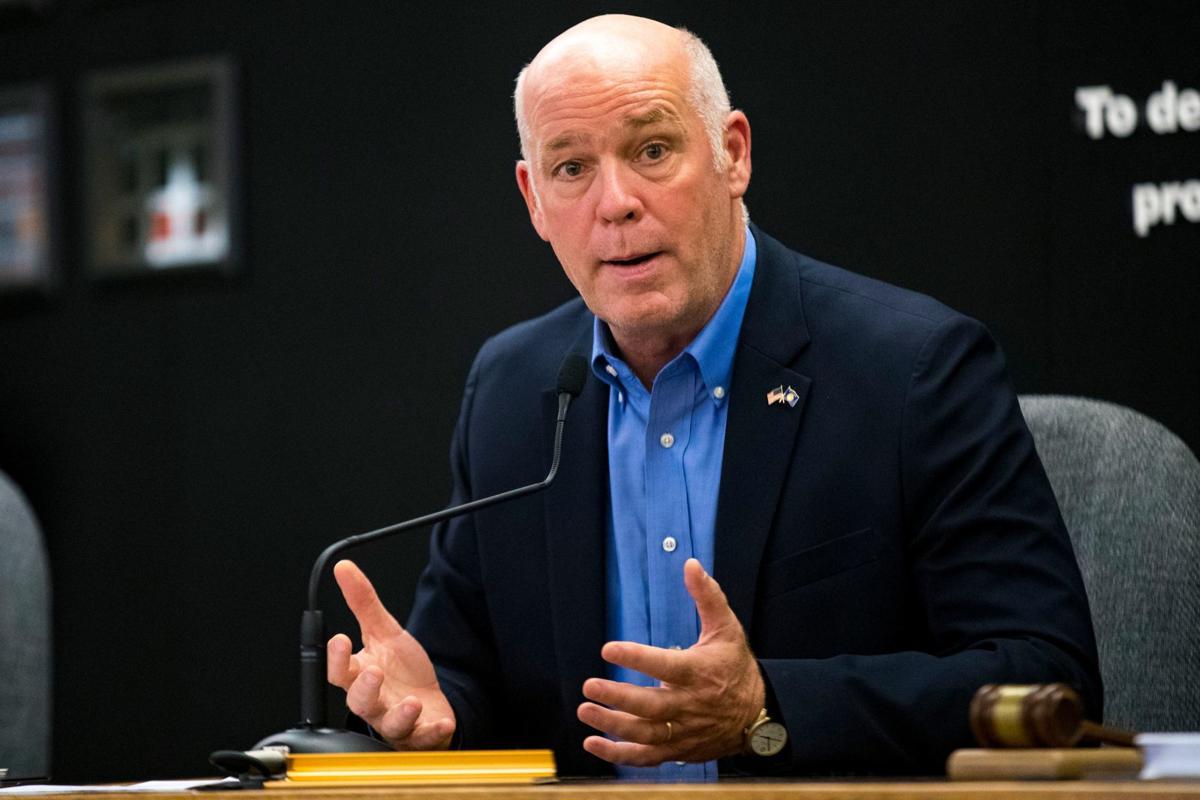 Gov. Greg Gianforte was issued a warning by Montana Fish, Wildlife and Parks for having failed to take a required trapping education course after he trapped and killed a collared wolf on private land about 10 miles north of Yellowstone National Park.

According to reporting by Mountain West News Bureau, FWP issued Gianforte a written warning in February after he trapped an adult male wolf known as 1155 on a ranch owned by Robert E. Smith, the director of Sinclair Broadcasting Group and a contributor to Gianforte’s 2017 congressional campaign.

Gianforte killed the wolf on Feb. 15. At that time he was in possession of a trapping license, but had not completed the wolf-trapping certification course that’s required before a trapper can set a trap for a wolf or harvest a wolf.

In an email to Montana Free Press, Gianforte spokesperson Brooke Stroyke said, “After learning that he had not completed the wolf-trapping certification, Governor Gianforte immediately rectified the mistake and enrolled in the wolf-trapping education course. The governor had all other proper licenses.”

Wildlife advocacy organizations expressed outrage at the development and questioned the validity of Gianforte’s license absent the educational course.

“Governor Gianforte just spit in the face of millions of people who come from all over the world to see wolves and other wildlife in Montana,” Amanda Wight, program manager of wildlife protection at the Humane Society of the United States, said in an email to MTFP. “Not only is trophy hunting wolves, especially a beloved wolf from Yellowstone National Park, ethically wrong, but economically and ecologically it makes no sense. Wolves keep ecosystems healthy and biologically diverse and are a huge draw for tourists.”

Stephen Capra, executive director of the anti-trapping advocacy group Footloose Montana, said, “He tortured and slaughtered a beautiful animal. … It’s beyond the pale.”

Capra said he questions whether Gianforte can be considered a licensed trapper since he didn’t complete the certification course required for wolf trapping.

“I think that’s very debatable — whether that man had a license to do what he did, because if he didn’t, he really broke the law,” Capra said

In an email to MTFP, Montana Fish, Wildlife and Parks spokesperson Greg Lemon confirmed that Gianforte purchased a trapping license in April 2020 that was valid through February 2021.

Lemon said it’s hard to quantify the frequency of such violations, given how the agency classifies them, but said that “it’s a situation that we do encounter and a written warning, given everything else was done legally (which in [this] case it was), is the standard course of action.”

Stroyke did not respond by deadline to a question inquiring if Gianforte has been issued other warnings or citations from FWP, or if he’s planning to attend an online trapper education course scheduled for Wednesday. She also did not provide substantive comment about Gianforte’s position on a handful of legislative bills that would ease restrictions on wolf hunting and trapping in the state.

After passing through both the House and Senate, two measures seeking to expand wolf trapping should be on Gianforte’s desk any day. House Bill 224, which would allow licensed trappers to use neck snares on wolves, and House Bill 225, which would write a wolf trapping season into statute, were supported by a majority of legislators and generated considerable pushback from the public.

As of March 23, Legislative Services has tallied more than 660 comments in opposition to the wolf snaring bill and 185 in favor. The measure to lengthen and codify the wolf trapping season in statute also generated intense public interest, but the split between proponents and opponents is narrower for that bill: 368 public comments were opposed to the measure and 295 comments were in favor.

Two wolf-related bills that originated in the Senate are also moving through the Legislature, although they’re not as far along in the process. Senate Bill 314, which would remove bag limits, permit the use of bait, and allow for nighttime hunting of wolves on private land, has yet to be voted on by the House. Senate Bill 267, a measure that would allow hunters and trappers to be reimbursed for harvesting wolves, is also awaiting a second reading before the House.