Please ensure Javascript is enabled for purposes of website accessibility Gov. Greg Abbott appointee to a river authority steps down after contentious confirmation hearing over inflammatory tweets - THE CHICAGO HERALD Press "Enter" to skip to content 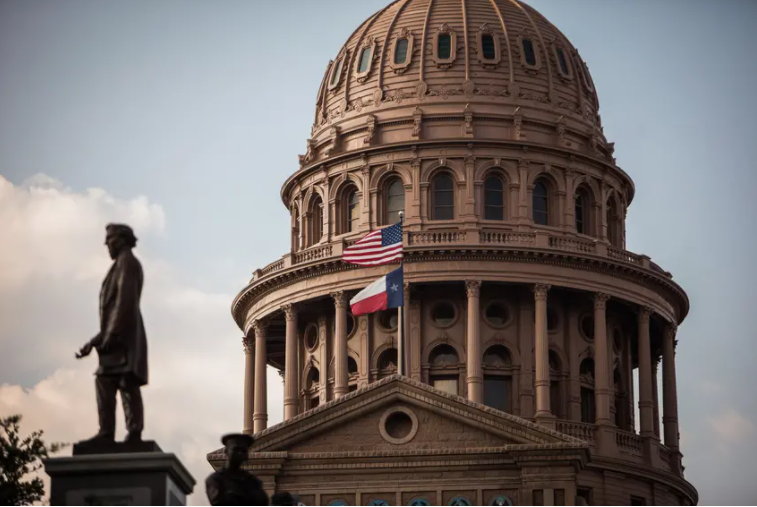 A board member for the Brazos River Authority has resigned, according to Gov. Greg Abbott‘s office, after a rocky confirmation hearing Monday at the Texas Capitol.

Darren Yancy, whom Abbott appointed to the board in 2019, was largely unapologetic as Democrats on the Senate Nominations Committee questioned him about two tweets he posted attacking Democratic politicians. One of them, posted earlier this month, suggested President Joe Biden was trying to kill U.S. citizens because he “wants illegals coming with potential viruses and other health issues to spread and infect.” The other tweet accused former U.S. Senate Majority Leader Harry Reid of using “SS tactics” to run the chamber, referring to the paramilitary force in Nazi Germany.

Toward the end of the questioning, state Sen. Sarah Eckhardt, D-Austin, asked Yancy if he had “any regrets with regard to your public discourse.”

Yancy was part of the 21-member board that oversees the Brazos River Authority, a quasi-public state agency that controls much of the water in the river that cuts across Texas. He is not unknown in Texas politics — he ran for Texas Senate in 2010. During that run, he advocated for using deadly force on U.S. borders, and it came out that his real estate license had been temporarily suspended starting the previous year.

While only two of his tweets came up at the hearing, Yancy’s account is filled with explicit diatribes again Democrats, including regular taunts involving sexual descriptions.

At Monday’s hearing, Sen. Carol Alvarado, D-Houston, said she supported free speech but added she was concerned about Yancy’s “thought process on illegal immigrants and COVID” and questioned whether the views expressed on his Twitter account would “cloud your judgment and decision-making” at the river authority. Alvarado then said “the people that you’re talking about — some of them might reside” — and Yancy interjected.

“If they reside in the state of Texas, they’re gonna get the same treatment as everyone else,” Yancy said.

Alvarado asked how she could be sure of that “because when I look at your post, I don’t get that feeling.”

“M’am, I can’t do anything about your feelings about a post,” Yancy replied.

Next up was Sen. Roland Gutierrez, D-San Antonio, who asked Yancy about the anti-Reid tweet. Gutierrez asked Yancy if it was fair to say he “misspoke [or] overreached” with the tweet. Yancy replied that the tweet probably reflects how he felt at the time, and “now if I have to go back and reexamine it, possibly.”

But given multiple opportunities by Gutierrez to say he would refrain from such rhetoric going forward, Yancy declined. He said it “depends on the action of the federal government” and argued the hearing was not the right venue to raise the issue. Gutierrez disagreed and continued to press Yancy on whether he would make any further Nazi comparisons.

“What I do in terms of social media, which is in regard to a broadcast or a podcast, is separate from what I do with the BRA,” Yancy said. “If a federal government employee, regardless of party, does things where they can be compared and contrasted to … prior regimes, then it may elicit a comment. That has nothing to do with the tenacity and commitment to being sure that we’ve got water coming through and the BRA.”

After Yancy’s exchanges with Alvarado and Gutierrez, the two other Democrats on the committee spoke up. First was Eckhardt, and then came Sen. Borris Miles of Houston, who said he would “like to have a private conversation with [Yancy] in my office before we take any vote.”

It was unclear whether the two met privately.

Yancy’s nomination would have needed a majority vote from the nine-member committee to advance to the Senate floor. The committee adjourned before voting on any nominees, and Yancy resigned afterward.

The two tweets that were raised at the hearing do not appear to be online anymore. However, they were read to Yancy at the hearing, and he did not dispute them.

Reached by email Tuesday afternoon, Yancy said he had nothing to add to his comments from the hearing.

This article was originally posted on Gov. Greg Abbott appointee to a river authority steps down after contentious confirmation hearing over inflammatory tweets