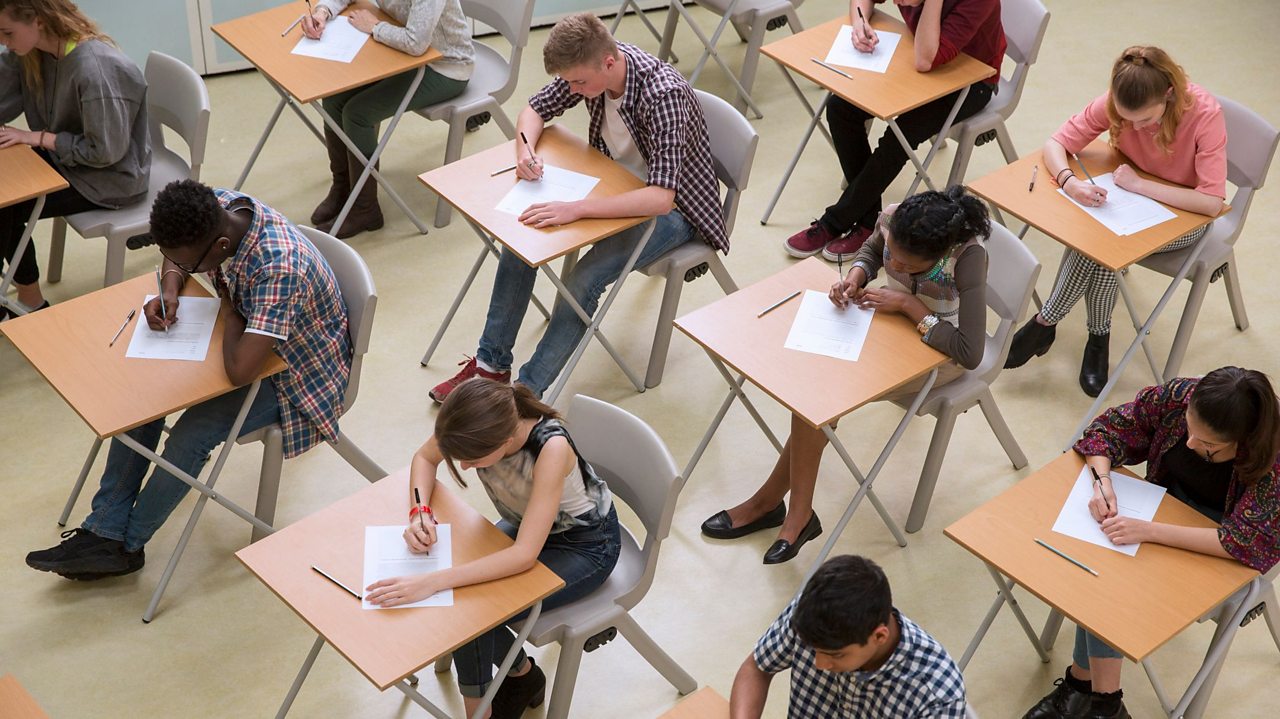 Colorado students could take far fewer standardized tests this year — if federal education officials sign off on a compromise approved Tuesday in the Colorado General Assembly and signed by Gov. Jared Polis.

Rather than administer the suite of standardized tests that students typically take, Colorado education officials will seek a waiver from federal testing requirements. If successful, there will be no science or social studies tests, and students would take either a math or a literacy test, but not both. The tests won’t be used to evaluate teacher performance or rate schools.

The bill represents a compromise between teachers unions and school districts, which wanted testing canceled entirely, and education advocacy groups that wanted all students to take both math and literacy tests.

National testing experts said they are not aware of other states taking Colorado’s approach. And while some said it would provide sufficient information about school performance — if not individual student learning — others doubt whether the federal government would approve.

“Massachusetts is giving each student only half a test for both subjects. New York is also considering eliminating a part. But Colorado is the only one I know trying to skip the test entirely in certain grades/subjects,” wrote Marianne Perie, a testing consultant who has worked with several states, in an email. “I’ll be surprised if the feds allow it.”

Securing a federal waiver is critical for Colorado. In a February letter, top federal education officials said states must administer standardized tests but offered flexibility on shortening the tests or expanding the testing window. The guidelines didn’t mention Colorado’s approach.

The bill moved through the General Assembly in less than two weeks. Lawmakers moved quickly because the deadline to submit a waiver is fast approaching, said the bill’s sponsor and Senate Education Committee Chair Rachel Zenzinger, an Arvada Democrat, on Friday.

Democratic lawmakers originally hoped to cancel tests altogether, but they compromised after it became clear that both the Biden administration and Polis would oppose that effort.

“However dangerous or impractical the administration of this test would be, we needed in some limited way to include it (testing) as part of our waiver request,” Zenzinger said.

If the federal government approves Colorado’s plan, students in grades three, five, and seven would take the literacy test and those in grades four, six, and eight would take the math test. Parents would be able opt their children out of the exams. And parents also could choose to have their child take both exams.

State Sen. Paul Lundeen, a Monument Republican, staunchly supported the bill during Friday’s Senate session. The compromise bill was hard for everyone to stomach, he said, but also retains testing to measure student learning.

“This bill finds its way to the best of both worlds,” Lundeen said.

He asked lawmakers to encourage parents to have their student take both tests.

“A child still has years of academic future ahead of them and understanding where they are at is important,” he said.

A small number of bill opponents from both ends testified in the House and Senate that they wanted to see testing either cancelled or continued.

Some lawmakers also disagreed. State Sen. Bob Rankin, a Carbondale Republican, opposed the bill because it didn’t include fourth-grade English testing. Colorado is in the midst of a larger effort to improve reading instruction, with this year’s learning disruptions raising even greater concern.

“This is no one’s ideal, but this is exactly what Colorado needs this year,” Bridges said.

Colorado education officials expect to submit the waiver request this week. The U.S. Department of Education has not provided a timeline for responding to requests. Colorado’s testing window opens next week.

Eliminating core subjects from alternating grades is not mentioned as a possibility in the federal guidance, though a report on alternative assessment approaches prepared earlier this year for the Council of Chief State School Officers by the Center for Assessment explores the idea.

Colorado so far is the first state to propose eliminating testing in core subjects, according to the Collaborative for Student Success, a national advocacy group that wants to see as many students tested as possible and believes testing can be used to match resources with students who need help.

“We have some concerns about whether the Colorado approach can accomplish that purpose and we are watching it closely,” a statement from the collaborative said. “The jury is still out on whether the Education Department will agree to what the state is asking to do.”

Joyce Zurkowski, chief assessment officer at the Colorado Department of Education, said options like shortening the test aren’t viable in Colorado because the state already significantly shortened CMAS tests in 2018. Administering the full test in alternating grades will provide more valid data about how well students are meeting academic expectations.

“This is a reasonable compromise that hopefully will address the need for student data while also acknowledging the many, many competing interests schools have to meet the academic, social, and emotional needs of their students — and their teachers,” she said.

How the state uses the data will depend in large part on who participates, Zurkowski said, not just how many students but whether they are representative of Colorado students of different racial and ethnic backgrounds, who have disabilities, and who come from households living in poverty.

Andrew Ho, a professor and testing expert at the Harvard Graduate School of Education, said testing students in each subject every other year strikes an appropriate balance between the desire to get information about student learning and the desire to reduce the burden of testing.

Such an approach provides enough information to see which schools are struggling more than they were two years ago, he said, which should be the primary purpose of testing right now. Parents would miss out on a more complete picture for their children, but policymakers would be able to see where help is needed most.

Ho stressed that to get an accurate picture, states need to change how they analyze and report test data, in particular because opt-out rates are likely to be higher and tens of thousands of students are missing from school systems.

At the same time, Ho said Colorado should come up with a clear plan for how it will respond to learning gaps identified by testing, especially with an additional $1.2 billion in federal aid coming to the state’s K-12 schools through Congress’ latest coronavirus relief plan. Struggling schools could get significant financial support.

Without such a plan, Ho said he doesn’t see the point in testing at all.

“This is a ‘put up or shut up’ moment for advocates of educational tests,” Ho said. “The theory is compelling and the opportunity is there, but they need a plan because there is a lot of distrust.”

This article was originally posted on Gov. Jared Polis signs bill scaling back standardized testing. Now the federal government must weigh in.